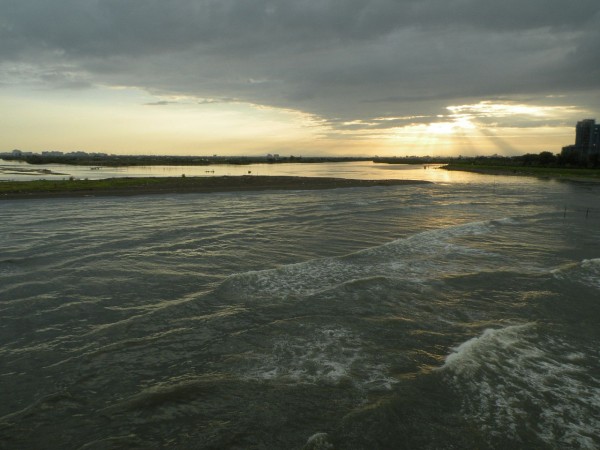 When Koxinga’s fleet surprised the Dutch by slipping past Fort Zeelandia through Lakjemuyse, into the Tayowan inland sea, laying siege to Fort Provintia, many Dutch vessels were destroyed. Archaeologist have just discovered 8 of them at the bottom of the Taijiang National Park.

On record, the Dutch forces lost the Hector, the Emmenhorn, the Koukerke, and the Cortenhoef. If the 8 ships discovered at the bottom of the lagoon is one of these ships, it would be an amazing discovery.

Thanks for the tip Hansioux. I did a write write-up on my news blog. Hope I got the facts straight.

Eight wrecks dating back to the Dutch colonial era have been discovered underwater in Taijiang National Park, Tainan, according to Academia Sinica Department of History and Philology researcher Liu…

Hi, I am a Dutchman who will be in Tainan in January for three months to do research on the Dutch period in Taiwan’s history. Any updates on the story of the shipwrecks? It would indeed be fascinating if it was indeed one or more of those ships. Gerrit

No idea taiwandc but the best of luck for you and your colleagues!

Hi, I am a Dutchman who will be in Tainan in January for three months to do research on the Dutch period in Taiwan’s history. Any updates on the story of the shipwrecks? It would indeed be fascinating if it was indeed one or more of those ships. Gerrit

Right now researchers and the Tainan city government is urging the central government to give them funding to excavate the sites. If they do get their funding, perhaps they can lift a ship or build a museum around it.

So far, the best Dutch sites in Tainan would still be Fort Zeelandia (Anping Old Fort), and Fort Provintia.

You would find Fort Provintia unrecognizable. After sacking the place, Koxinga made Fort Provintia his home. Later when his passed, the place was used as a ammunition storage, and later just abandoned. Several temples and schools were built on the ruin, which are the basis for the structures standing now. When the Japanese rediscovered the original gate to the fort, they turned the place into a museum.

You sort of can see the foundation of Zeelandia at Anping. The standing structures have all been replaced also. Although a lot of the damages to the structures were caused by poor maintenance and people taking apart the original structures for building materials, the two Dutch forts weren’t very earthquake proof themselves.

Another place you could see is at Sicao (四草) Dazhong temple (大眾廟). There is a concrete tomb for fallen Dutch VoC soldiers. The remains were moved to its current location in 1971, after being dug up by local construction. Although DNA studies of the site were never released, and there’s no way of knowing if the bones found actually are of European origin.

You may also visit Lu’ermeng (Lo̍k-ní-mn̂g 鹿耳門). It first showed up in Dutch records as Lacquymoy. It was the place where Koxiga slipped through Dtuch defensed and into the lagoon to directly lay siege to Provintia.

There’s also the National Museum of Taiwan History in Tainan, where you probably can find some expert on the issue.

You seem to have made quite a study of the Dutch period. Excellent resources. Thanks very much. Are you located in Tainan or elsewhere?

Perhaps we could meet there after we arrive in early January.

I live up North unfortunately.

I just like finding out things about Taiwan’s history because so little of it is actually taught in schools.

While you are at the museums, keep an eye out for these Sinkang documents. They are deals made by Tainan’s Aboriginals with Han Chinese, written in Latin phonetic alphabets. The documents are often bi-lingual. Local aboriginals who had interacted with the Dutch continued to write the way the Dutch had taught them 150 years after the Dutch had left.

If you visit Taipei, don’t forget to pop by Tamsui and check out Fort Antonio, which the Dutch built over the ruins of the Spanish fort. Then the English built a fancy house next to it.

Yes, Taiwan history is fascinating. I have been teaching a course in History of Taiwan at George Mason University in Virginia. It is nice to see American students who initially have little knowledge of Taiwan warm up to the topic. You may also enjoy the book review I did in the Taipei Times a couple of months ago: http://www.taipeitimes.com/News/feat/archives/2016/09/17/2003655296

About two new novels in Dutch that came out during the past year about the Dutch history in Taiwan. Both are well done.

A couple of stories that have come up in the media this year from the Dutch era:

Photos: UDN A village well dug during the Dutch occupation of Taiwan over 300 years ago, is being restored in Mayuan Village, Gukeng Township, Yunlin County. Village elders have fond memories of th…

Receding water levels at a reservoir in Chiayi County have revealed a well that has been submerged since the reservoir was reconstructed during the Japanese colonial period. The Lantan Reservoir wa…

I wrote an article on the subject last month. Let me know when you go down there and if you hear of any new developments.

Hi Hansioux, we arrived in Tainan a week ago, and started to make the rounds to the historic sites. At your suggestion we visited the Sicao (四草) Dazhong temple (大眾廟), and the concrete tomb for fallen Dutch VoC soldiers today. Interesting experience!

Also took the boat tour through the mangrove, and asked the guide if she knew the location of the Dutch shipwreck, but she didn’t know. Any more info on the precise location?

Hi, missed this at the time. Perhaps https://camphorpress.com/ would be interested, @Taffy?

Thanks @tempogain! We’re always happy to hear from authors who want to publish in English – the best place for authors to go is our author info page. If they like what they see, they can drop us a line to talk in more detail.

Hi tempogain, thanks for the suggestion. One author is already in touch with Camphorpress. I will establish a link for the other author. Hope it works out.

Any more info on the precise location?

The researchers probably are keeping the actual location a secret to keep the wrecks safe.

From the description though, I would guess it’s somewhere along this road:
https://goo.gl/maps/1s8VV1uoZ7E2

Thanks, good to know. That’s actually the area where the boat tour passes by.

I’ll see if I can get in touch with the researcher at Academia Sinica. Do you have a contact email there?

From the description though, I would guess it’s somewhere along this road:https://goo.gl/maps/1s8VV1uoZ7E2