ABT with Indonesian girlfriend

Hey guys! New member here. I’ve been lurking for a long time and enjoy reading all the interesting threads here. I’m curious to know about Taiwanese-Indonesian relationships, and would like to know if anyone knows of such couples and relationships.

I’m an ABT (American-born Taiwanese) in my mid-20s with an Indonesian maid (caretaker) girlfriend in Taipei. My aunt is her employer, and the Indonesian takes care of my grandmother. I visit Taipei on and off. No one in my family knows about the relationship, because my gut feeling is that they’d be horrified.

What I’d like to know is:
How are such relationships viewed in Taiwanese society?

When walking around Taipei, people seem to think we’re foreign tourists. No raised eyebrows, but I hardly see any similar couples either.

My impression is that Taiwanese view Indonesians (non-ethnic Chinese) as foreigners who are just working here, like how Japanese view Southeast Asian foreign workers. Taiwanese don’t seem to openly discriminate and harass Southeast Asian “wailao,” but rather treat them like robots working in the background that they don’t really socialize with.

About me:
I was born and raised in the Bay Area of California. Stereotypical Taiwanese-American upbringing: went to a highly ranked public high school, did well on SATs, got my degree from a University of California campus, nerdy, and well-behaved. I think in every Taiwanese person’s mind, I would probably be expected to just get another one of those ABT yuppie/bimbo GF’s in the US, but here I am with an Indo girlfriend.
But in Taiwan, I don’t come across as an ABT due to my fluent Mandarin. It doesn’t sound local though, so I usually get asked if I’m from Malaysia, Singapore, or Hong Kong.

About her:
Javanese Muslim born in Central Java, Indonesia, who is a few years older than me, but we look the same age. Her family said on the phone that they are more than willing to accept me into their family.
She initiated the relationship and is really clinging onto me. My grandmother scolds her often, which she hates.

I’m kind of good at languages, so I learned to speak Indonesian with her. Taiwanese just don’t speak to foreign workers in their native tongues, so when taking walks with her and my grandma around Taipei, people seem to think I’m Chinese-Indonesian when I’m speaking Indonesian with her.

Please share similar stories and experiences if you have any. Thanks!

It’s your life. Do what you want.

But I also believe the saying of don’t shit where you eat. I make a rule to never date co workers, employees/employers, teachers, etc.

No one in my family knows about the relationship, because my gut feeling is that they’d be horrified.

Most Taiwanese elders would be because most Taiwanese have stereotypical if not racist views towards South East Asians.

You could ask them how they feel about decoupling minimum pay for locals and foreign laborers. If they feel like it’s a frigging great idea, don’t keep your hopes up for them to be understanding regarding your relationship. Even if you think foreign laborers should get paid equally for their labor, their support isn’t guaranteed.

Her family said on the phone that they are more than willing to accept me into their family.

If you get married, do you have to convert?

I think the problem is your family will definitely not respond well to this.

i’d be worry that your family may report her for any false stuff and get her deported from Taiwan.
However, idk your family and really wishes you something positive coming out of this.
Good luck

Me: American-born Taiwanese guy, mid-20s from California, college grad, fluent in Mandarin so I don’t come across as a typical silly ABT, can speak intermediate Indonesian, no religion but I’m fine with any religion

Questions: Any similar experiences/tips?
What are Taiwanese people ACTUALLY thinking of us, even though they’re not saying anything?
How does this work in Taiwanese society?

I think you have to consider the motives from all sides. It is complex and you are starting from a difficult place .
As a Parent , you would wish your children to have the best chances in life, so of course, they would perhaps see this as making obstacles for you …Culture, Society , Beliefs, no matter how wonderful your partner seems .
There will be bigotry , there will be judgments made purely from perceptions I am afraid. some concerns will be valid and some will not be , but I can see you having to justify your position for many years.
The harsh reality is that love does sometimes not conquer all …I sincerely hope that it does , but it may mean you both will lose the serenity of family life .
I would stick with it if you feel that you can make it work. A little more time together may help you decide .
Hope for the best , but expect the worst . I wish you all the luck and wish the World would grow up for you .

How does this work in Taiwanese society?

The unfair rules regulating foreign labor give employers an unfair advantage over their employees. So most news regarding foreign worker/employer relations are negative stuff about local employers abusing their power.

i’d be worry that your family may report her for any false stuff and get her deported from Taiwan.

That’s totally a thing, and if it happened it would put your girlfriend in a dire financial situation, since they usually have to pay a high fee to a foreign labor broker. Losing a job here means she would lose the ability to pay the broker back, and it also means she won’t be able to work in Taiwan again unless she manages to pay another broker.

ACTUALLY thinking of us, even though they’re not saying anything?

They would probably find it strange and possibly object. Something like why would a American educated young man be with a poor Indonesian care taker. What will the children do?

If you get married, do you have to convert?

I believe only a woman who marries a Muslim must convert under the law in Indonesia. Idk what the rule is for this situation.

We’ve been together for 2 years.

Recently, I actually visited her family in rural Indonesia.

They were really happy to see me and welcomed me with open arms.
I didn’t expect that warm of a welcome from a Muslim Indonesian family.

But Taiwanese (especially the ones with family in the US) don’t behave this way.
I come from a family of engineers, with a few university academics on my mom’s side.

I am half taiwanese , half american (mix) . US citizen exiled to the USA from Taiwan (no taiwan citizenship, only USA).

Always wanted to marry a TW girl so i can go back to taiwan to live but. I am married to an indonesian girl i met online.
We live in the USA.

IF that is your plan , that will be the best.

I think Taiwanese do discriminate against philippinas and indonesian girls (and probably Thai and vietnamese too) but its fairly subtle.

However I don’t think living in Taiwan is the problem per se, but your family’s perception is the bigger problem.

You will need to have a big set of balls to date your grandmom’s nanny.

Your family will most likely have come to think of her as a servant. And you as the prince of the manor. So you having sexual relationships and YE GADS, marrying her will be like a Southern gentleman having sex with one of the slaves of the family (which they often did) and the thought of marrying such a person (much rarer in the slave days) would have been just about unthinkable.

I don’t think there will be a major problem of you with her in public in Taiwan, but you will get some attention. Whereas in the USA, nobody would bat an eyelash.

If you just want to horse around with her, do it in Taiwan because in the USa to keep her there you have to marry her. ARe you ready for that?
And you may have to stand up to your family too. My family was not a problem for me (nobody wants to get in my face in my family for any reason , except my sister and I can manage to avoid her if needed, and strangely enough she will be the one most supportive should I be in that situ).

Yes, I only have US citizenship.
Both of my parents were born in Taipei.
I’m eligible for Taiwanese citizenship, but my parents didn’t get it for me because they didn’t want me to serve in the military.

how does this work in taiwanese society? well its a bit different as you are an ABT. if it was a standard taiwanese guy the girl would be put to work in the traditional wife role pretty quickly i’d imagine.

taiwanese are a little racist towards philipenes/ indonesian / vietnamese so i wouldn’t expect your family to be over the moon.

i think the question you need to ask yourself is are you going to have her back or what?

Some problems may be that she is muslim so that means NO Pork for you my friend. I used to dig pork chops but now i rarely eat pork out of deference to her.

My advise is marry this charming lady and elope. Rock the apple cart big time. Scold any family member that treats your woman with disrespect. Forget the inheritance and make it on your own. Good luck son

Look he may have to trade away the 排骨飯, but he gets back ayam goreng + a spicy sambal… not the worst trade in the world.

I would only say let her get to the end of her contract and change employers, or just change employers before letting your family know. Relationships between an employee of the family and a member of the family are often not well regarded even when race or nationality are not a factor. If your relationship continues, or begins in your families eyes, when she is back home or at a new employer, they might have a better time accepting it or at least they are limited in how they can hurt her, and you’re not putting them in the uncomfortable position of deciding how to deal with her which could hurt their relationship with you. There are a large number of men who are married to SEA women so it’s not unacceptable, but the men who do are often lower-middle class, and I assume your family is not and doesn’t want to appear to be. The rest just depends on your relationship with your family and what kind of people they are, which only you are able to determine. If they are generally polite, well-mannered people, they might try to shout you out of the relationship, but in time they will accept it and at least be polite when the two of you are together. If they aren’t, you’d have to decide how much time you’re willing to spend with them or how dependent you’re willing to be in them.

And in other news… 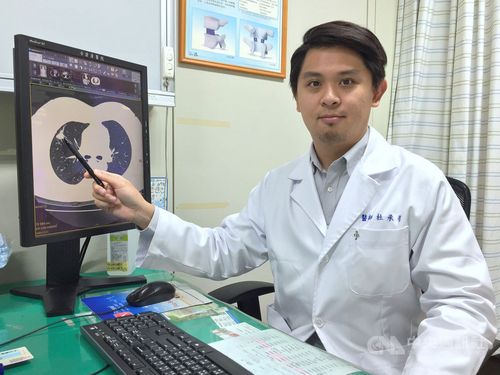 Taipei, Aug. 8 (CNA) Love is all that matters and love knows no boundaries, according to Tu Cheng-che (杜承哲), an attending physician at Cheng Ching Hospital in Taichung when relating a story about an Indonesian caregiver and her former Taiwanese...

That story put a smile on my face. Good people. Nice to see for a change