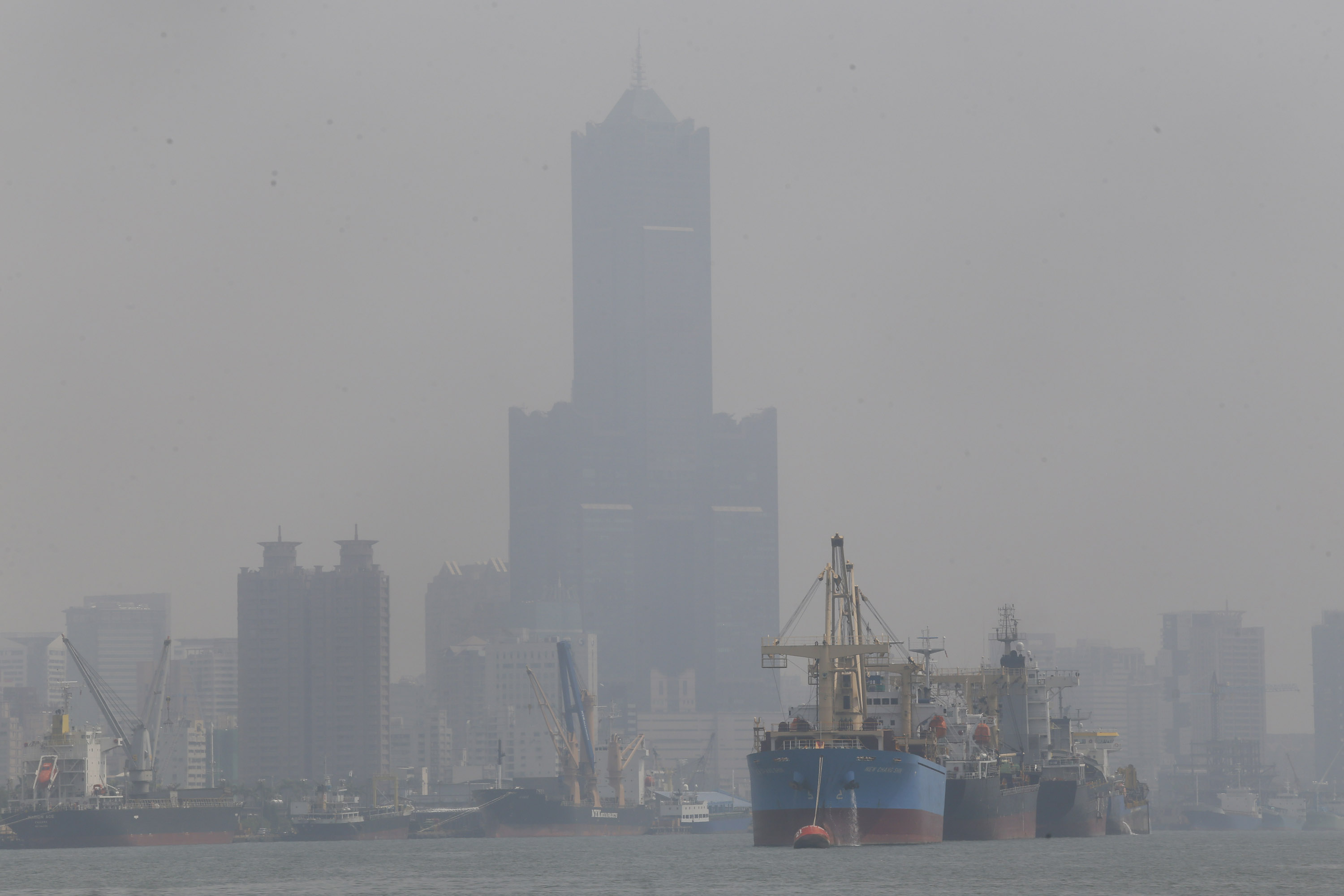 Better late than never I suppose.

Although winds carrying smog from China to Taiwan contribute to 30 percent of the nation’s air pollution, the remaining 70 percent is from domestic sources such as factories, vehicles, and coal-burning power plants, according to the Taiwan Environmental Information Center.

I live in Kaohsiung and have had a chronic cough since July. It comes and goes, but it never goes for long and sometimes it’s really bad (like so bad I almost hack up a lung). I’m sure it’s caused by the air pollution here.

and it wasn’t bad enough before to do something about the scooters? colour me sceptical of anything significant of anything ever being done here to tackle pollution and scooters.

I think taiwan should really reconsider nuclear energy. Newer power plants would help reduce air pollution and help the transition into more renewable energy that clearly isn’t as easy as the government predicted. It would at least lessen the burning of coal and help keep up energy demands which will be harder as the climate is getting warmer.

Raising the scooter license tax sky-high would be a way to make people switch to electric, but with the present populist political mindset where there is always an election looming nothing of substance will happen. Only face-saving crowd-pleasing measures such as in Kaohsiung where the city is using money ear-marked to fight pollution to offer free public transport during rush hours for the next three months. Better get that additional health insurance for lung-disease/cancer treatment.

Why don’t you move?

Because I have a uni job, my wife also has her job here, and we both share an apartment with a mortgage. We plan to move in a couple years (either Taipei or back to the states), but it’s not such a simple thing.

Something felt off with yesterday’s pollution. I look at that site all the time since I do most of my exercise outdoors and they have a pollution forecast that seems to be fairly accurate (usually forecasts worse than it actually ends up being, if anything).

But yesterday, almost out of nowhere, red in northwest Taiwan, while even Songhsan and definitely Xizhi and Keelung stayed green. I work in Songshan and I can vouch that things were clear up until around 3:30 pm. The wave moved it’s way slowly eastward and the air was bad everywhere by evening.

Something was off yesterday. I’m sure of it.

What I don’t get is why there are almost no incentives for solar power on private and industrial buildings. Taiwan is a good location for solar and the prices keep falling. This will not solve the energy problems Taiwan has, but help stabilize power grid on extremely hot days when everyone is using air conditioners. There is plenty of roof space in suburbs and industrial areas.

There should be government subsidies on initial investment and a guaranteed price for taking in electricity produced by solar.
Burning coal is from last century.

Last time I discussed with my family to put solar on our house they told me it is unprofitable.

Because big companies like those in the science park need lots of cheap gas to make a profit as they work on a low margin model and spend little on R&D or marketing. In the same way they require cheap labour. So petroleum, water and whatever is insanely subsidized by the tax payer , who in return get to drive around their hugely polluting scooters for trips they were capable of walking to. With gas so cheap, it doesn’t matter much what you do with solar etc.

These same bosses are the ones saying the government need to stay out of their business in relation to labour laws and preaching the free market and trickle down economics. Socialism for the rich.

Cut the subsidies and install congestion charges in city centres

I wondered why my eyes were burning yesterday afternoon. Terrible.

Here in Taichung, the air is good again today after very suddenly reaching apocalyptic levels yesterday. The main cause of pollution here is obvious - the numerous power plants in and around Taichung. Every winter, air pollution reaches such ridiculous levels that the mayor orders a “slow-down” at these plants. Thus, the air improves for a few days and everyone is happy. Repeat this again and again, year after year.

When air quality plummets in Taipei, the central government immediately issues edicts to clamp down on two-stroke scooters, diesel vehicles, whatever and everyone is happy until next time. Repeat this again and again, year after year.

After living in Taichung for around 20 years, I’ve come to realise there is very little hope for this country in terms of cleaning up the environment. The “EPA” is a corrupt, ineffective body that basically doesn’t give a shit about protecting the environment, and most Taiwanese people know this. The central government doesn’t even pretend to give a shit until pollution in Taipei spikes.

Taichung is home to the world’s largest coal-fired power plant, which is also the world’s single biggest producer of greenhouse gases - the Longjing power plant, not to mention the others in the region. Taiwan’s reliance on coal-burning plants is going to continue until the government invests heavily in alternatives. In the meantime, nuclear seems to be a necessary evil. If Taiwan does go “nuclear-free” before alternatives are developed, then more coal-burning and more pollution. Unfortunately, it looks like this is what’s going to happen.

And yes, my wife and I plan to leave Taiwan in 2-3 years. It just isn’t do-able until then.

BTW, Kaohsiung and Pingtung will have 3 more days of hellish “air”, as per the news.

I think taiwan should really reconsider nuclear energy. Newer power plants would help reduce air pollution and help the transition into more renewable energy that clearly isn’t as easy as the government predicted. It would at least lessen the burning of coal and help keep up energy demands which will be harder as the climate is getting warmer.

while coal may have some direct impact on the environment and society. nuclear energy is imo the worst of all the options out there. iirc no country has yet to have built a suitable permanent disposable site. and to think, this nasty stuff has a half life of thousands of years,probably still there long after humankind has vanished, just makes me sick. while newer generation plants are probably safer, the general issue is still the same.

i know why you said let’s consider nuclear energy again. because it’s convenient, it’s something we already know and besides a few catastrophical incidents, most of us weren’t really affected by them. god forbid something like fukushima happened in a dense population like taiwan. no one would even dare to think “still better than that smog tho…”

let’s face it, fossil and nuclear energy are a thing of the past. transitioning to renewable energy might be difficult and cumbersome because it’s new territory for all of us but it’s still the only way to go if we want to keep this place a habitable space.

It definitely seemed unusual to me in Taipei.

What I don’t get is why there are almost no incentives for solar power on private and industrial buildings. Taiwan is a good location for solar and the prices keep falling. This will not solve the energy problems Taiwan has, but help stabilize power grid on extremely hot days when everyone is using air conditioners. There is plenty of roof space in suburbs and industrial areas.

There should be government subsidies on initial investment and a guaranteed price for taking in electricity produced by solar.

Burning coal is from last century.

I thought I saw something in the news recently about Taiwan and the plan to use more solar energy. Can’t seem to find it meow, but I’ll keep looking.

Edit: Apparently they were only talking about Penghu. 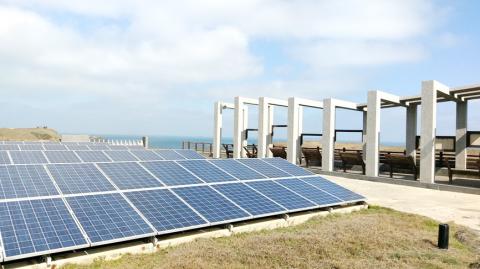 State-run Taiwan Power Co (Taipower) is building a small-scale power grid in Penghu County’s Cimei Township (七美) to generate solar and wind power, with the aim of generating about 3.37 megawatts of electricity by 2019. Solar and wind power can...

I remember seeing lots of solar panels and small solar farms all over Okinawa.

Although I agree with you on principle. The reality is even with the new administration in Taiwan moving away from nuclear and trying to go to renewable, it’s been a disaster of a sort if you’ve been following it. I also want to be able to move quickly to renewable, but it doesn’t look like it’s going To happen due to many reasons right now. And with energy demands already increasing without even the climate getting warmer that’s making it worse. We’ve actually been using more coal for energy even with the plan to go into renewable by the government. It also doesn’t help China sends over Their smog as well.

I just feel both fossils fuels and nuclear is trading the future for now so to speak. But I find at least we have more control over the waste and by product of both nuclear. It’s just getting worse, the pollution is bad enough many schools in Taiwan are not able to send kids outside.