American? Planning to vote for Obama? Still on the fence?

This is an anoucement that the Taiwan chapter of Democrats Abroad will be planning events here over the next couple of months. Whether you’re already planning of voting for Obama Nov. 4th, or you’re still on the fence, we’d love to see you. We will absolutely need volunteers from all over Taiwan.

There are currently two ways to stay informed about our activities: 1)If you already have a Facebook account, we have a group called “American Expats in Taiwan for Obama in '08”. 2)Set up an account at http://www.democratsabroad.org/ and join the Taiwan group.

Although I’m pretty sure that most of the American Forumosans posting in this forum are probably up to speed as far as how to register and or vote in the Nov. elections, if you’re still unsure, there’s ample information at the above two groups.

Where can I get a T-shirt?

I’ll hopefully have some Sep. 1st here in Taipei. If not, I’m planning on bringing some back with me when I go back to NC in mid Sep. But I really think we should design our own. Anyone out there with some skills wanna give it a go?

Read a good book instead… 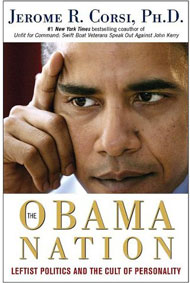 I’d rather discuss the issues with you over a beer, quite frankly. Come to one of our events:)

Why would a demagogue from the anti-science, ‘just folks’ party bother sticking “Ph.D.” on his book jacket?

Ahh…another Canadian chiming in…thats 2 votes for the Obamassiah coming from our Northern Neighbor!
(those count don’t they?..it will make them “sad” if they don’t)

Maybe he, Barry O or S or whatever, can start a career in Canadian politics?
He should have some free time in the 2nd week in November. He really doesn’t show up for that Wash, D.C. job all that much anyway.

For your viewing pleasure…“How Modern Liberals Think” - Evan Sayet…quite humorous no matter what side of the aisle one is on.

Maybe Mr. Obama can come up with a Canadian birth certificate. He would be a big hit up north.

On personality, yeah, he would.
On policy? Still too far to the right.

Well, he could move to the left to suit the country, but, yes, I accept your point.

Back in New Zealand I saw myself as right of center and enjoyed ragging lefties but such classifications in most western countries don’t really translate neatly to American politics.

You Obama guys ought to just give it up. Ain’t no black guy with a foreigner sounding name going to be President. The oil money’s going to McCain. I bet Exxon already has a think tank that says you got enough air in your tires already. Forget about it.

You Obama guys ought to just give it up. Ain’t no black guy with a foreigner sounding name going to be President. The oil money’s going to McCain. I bet Exxon already has a think tank that says you got enough air in your tires already. Forget about it.

Don’t give up just yet. While Sambobama may not be a U.S. citizen word is that John McGoo is clinically brain dead, even though he still has a pulse, and once that gets out a lot of fence sitters are going to have little choice but to go left.

Of course the McGoo Squad could rightly argue that there’s nothing in the Constitution about electing a dead man so Sambobama may still go down on a technicality.

Personally I’m waiting for John McGoo to have a lucid moment so I can find out exactly what he stands for, if anything. “Sambobama is a Muslim secret agent!” just isn’t enough information for me to make such an important decision on.

Ohhooo-hooo! Y’all are cracking me up. Thanks! I’m actually planning to spoil my ballot, but we’ll see . . . .

Don’t forget, Hillary is still officially in the running. And (heh heh) a lot of things could happen between now and uh, a couple of weeks from now…

Read a good book instead…

[quote]As Media Matters for America and the Southern Poverty Law Center’s Hatewatch blog have noted, Obama Nation author Jerome Corsi is reportedly scheduled to appear on the August 17 edition of The Political Cesspool Radio Show. Corsi’s previous appearance on the July 20 edition of The Political Cesspool – during which he promoted The Obama Nation and criticized Sen. Barack Obama – was streamed “Live” on the self-described “White Nationalist” and “White Pride” website Stormfront.org. Additionally, at several points during the July 20 broadcast prior to Corsi’s appearance, host James Edwards and co-host Winston Smith expounded on their views on race. Edwards claimed that “most Jews … regard Jews and whites as two different races,” and Smith repeatedly referred to Obama as a “mulatto.” According to its “Statement of Principles,” The Political Cesspool Radio Show "represent[s] a philosophy that is pro-White.
…
According to a June 10, 2004, forum post by “Sr. [forum] Moderator” Jamie Kelso, Edwards joined Stormfront.org in 2004 under the screen name “ElectEdwards.”
…

After Corsi’s appearance, Edwards said to a caller who said people asked him if he was “prejudiced”:

[quote] * Corsi on Catholicism: “Boy buggering in both Islam and Catholicism is okay with the Pope as long as it isn’t reported by the liberal press”

I have been registered on demsabroad for awhile and a memeber of the Taiwan group. I have heard nothing about meetings. MY email is jwbrunken@gmail.com. COuld you keep me posted on when there are get togethers in Taipei or volunteer opportunities in the area.