And So It Begins, Xi Looking For Immortality

The CCP has proposed a removal of the 2 year term limit for the president and vice president, if (

) it gets carried through Xi JinPing will be able to stay on indefinitely. Doesn’t bode well for Asia, human rights or the rest of the world for that matter.

Well he rid of all his opposition so who can stop him. Sic semper tyrannis

just making it up as they go along eh?

not that there ever was any doubt but this really proves that xi really is a dangerous power hungry pig.

A lot of people will not support this in China but can they say anything now that the media and civil society is completely muzzled?

Xi pretty much excommunicated all those who might have been against this, so apart from some chinese citizens complaining on social media i doubt anyone will raise a voice.

Yeah, that’s right. Just after Xi first got in I was staying in a real swank hotel outside of Beijing that was almost completely empty. I was told it was commonly used for politicians and businessmen to do “stuff” under the radar but their great new president was stamping out corruption.

I had a chuckle and took a mental note that I should remember that when this day came.

They can’t even complain on social media.

The Latinoamericanization of China will be complete with a dictator for life. Then it all goes downhill while the grip grows tighter and tighter.

Seems the search word that got most hits after the announcement was «immigration».

Feel sorry for my Chinese colleagues their freedom is going to be restricted even more.

Xi setting himself to rule for many more years. And continue his own style of pressure on Taiwan.

I think Chinese people want an emperor. They’ve never really ever pushed for a democracy. Talking to them they don’t want or think a Democratic republic will work for China. They’ll say it’s a mess or not safe, too many people, and that the West doesn’t even have a true democracy and it’s not real universal suffrage, etc.

I don’t care as long as they leave Taiwan alone. I’m rather proud of how Taiwan developed into a democracy. Many of my family were taken by the KMT. Things weren’t perfect before the Chinese KMT arrived but I don’t want the island to be “conquered” again. Things still aren’t perfect at all and Taiwan had a long way to go. Especially with how I hear the laws are for non ROC natives that come here on the forum. I just want Taiwan to have a chance in contributing to the world and give the people liberty.

They’ve never really ever pushed for a democracy

apart from that small tian an men square thingy you might have heard of?

the government have gone to great lengths to make sure their lock on power is concrete. thats their number 1 priority. even if the people want democracy theres not a lot they can do about it. they can’t even protest. the only way i see any progress is if the party collapses, which seems a way off.

Discussion of the subject anywhere is really being shut down in China. Saw these comments by someone recently about this subject.

If you search for the phrase “Winnie the Pooh” on Sina Weibo, the site brings up a message saying: “According to relevant laws, regulations and policies… search results are not displayed”. 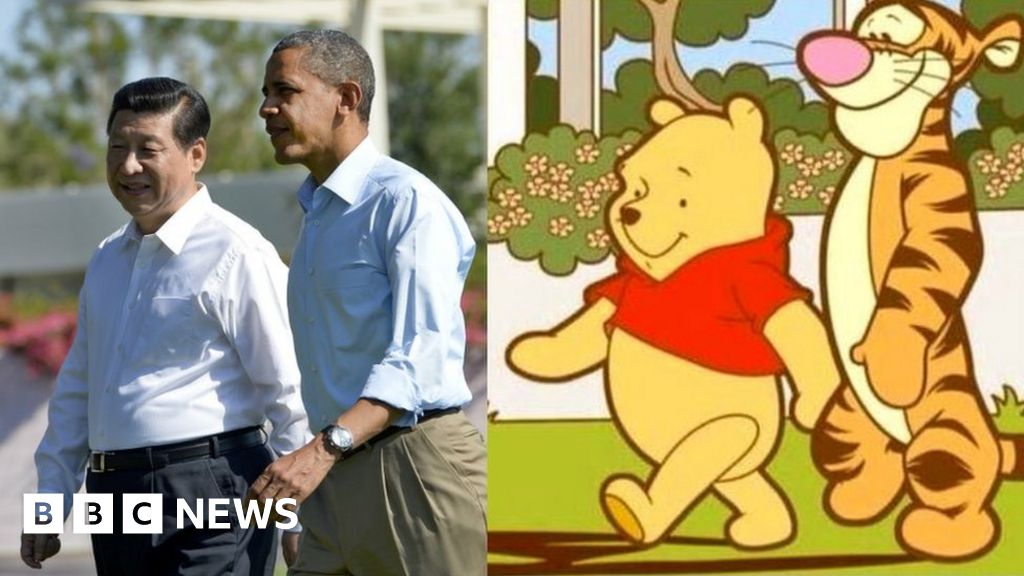 Terms like "don't agree" and "re-election" are also banned after a proposal to keep Xi Jinping in office.

We might moan about Taiwan for good reason but we know it’s 10X better than China.
This place has got heart and a real democracy and is not overrun with nationalistic bullshit.
People here aren’t aggressive and don’t tell others what to do all the time.
We can watch what we want to watch and say what we want to say generally.
And while the police are useless they don’t go around beating poor people up and putting protestors in black jails(I’ve seen the street cops in China beating a roadside vendor it was horrible).
There’s a lot to be proud of in Taiwan and it’s still getting better I think (in fits and starts).

I think Chinese people want an emperor. They’ve never really ever pushed for a democracy. Talking to them they don’t want or think a Democratic republic will work for China. They’ll say it’s a mess or not safe, too many people, and that the West doesn’t even have a true democracy and it’s not real universal suffrage, etc.

Apart from the masses I could imagine that this will cause a great deal of discontent among the elite in China.

I also suspect many of them actually want an emperor, considering even in Taiwan, the democracy (and the independence as their identity) is to be established since there are still not a small number of people who do not care about democracy in TW afak.