At least they never chased you up about the money. Did you get just the one bill?

Yep, after that one letter I never heard from them again. I still have the bike number in my memory and I often check for it when I see You bikes, on the extremely slim chance I happen to see the bike and can prove that no, I didn’t steal it.

Anyone ever had a youbike 2.0 crashing the system after locking it?

I took a youbike, locked it, when I wanted to take that lock out again, the screen would not turn on.
Had a station just nearby and pushed it in. Well the return wasn’t registered trademarks other so I called the hotline and they sent someone (25 minutes later).

No matter what I pressed, the screen would not turn on so that I could unlock it with my easycard

I rode it for 90 minutes and then I parked the bike, went in and had a drink and snack, came back outside and it won’t let me rent a bike for 15 minutes.

Usability by the masses should be more important than preventing a small portion of people trying to game the system and swap booked to reduce cost.

You can game it with two cards, just register with another phone number…

You can game it with two cards, just register with another phone number…

Nope that won’t work. You just get a second phone number… foreign ones with credit card work too.

Why return when you can just lock.

If power was down and internet out, would you be able to rent a ubike? I guess with uBike 2.0 there is a battery in the bike so you’d still be able to operate the renting system, but does it need call back to the uBike network to check your card has enough money to pay? or can it know the amount on your card just by scanning? I have no idea if that data is actually kept on the card

The time power was out in Kaohsiung and internet very spotty, was still able to rent no issue. You see there are small solar panels on docks, so maybe if no power for a few days can rely on that.

I tried to rent once when the power was out in Taipei last year, and it was a no-go. I think it was a v1. 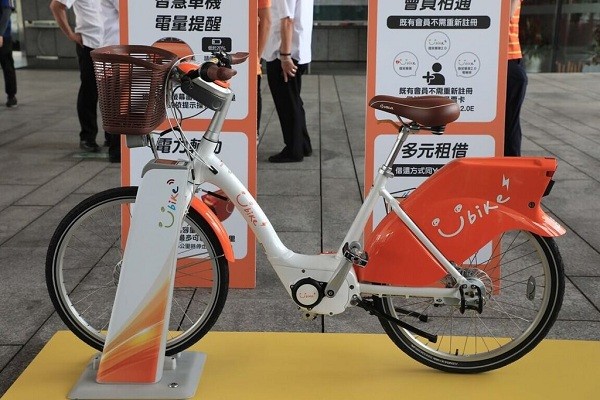 Electric bikes. I saw the news but didn’t realize it was an electric bike.

I wonder if they will follow the law with license plates and can only be driven by those over 14 years old.

YouBike 2.0E is an electric-assisted public bicycle system developed together by Microprogram and YouBike. With the additional electrical system, the bicycle can provide electrical assistance once the user steps on its pedals; this can not only save strength for the rider, but also makes the bicycle easier to ride on roads with steeper slopes. The bicycle can be ridden for a maximum of 80 kilometers on flat roads when fully charged. The system of YouBike 2.0E is the same as YouBike 2.0; the renting and returning functions can both be completed on the smart panel. A variety of rental methods are supported, including code-scanning and the entering of verification number; the docks are also universal with YouBike 2.0. The design of the dock allows faster deployment of stations.

YouBike 2.0E officially started operating in Chiayi City and Taichung City. It joined the current ranks of the YouBike public bicycle rental system. In addition to providing more convenient services to the users, it also provides another new option of public transportation that can save a lot of strength!

YouBike 2.0E rental system is the same as YouBike 2.0; the renting and returning functions can be completed on the smart panel. A variety of rental methods are supported, including code-scanning and the entering of verification number; the docks are... 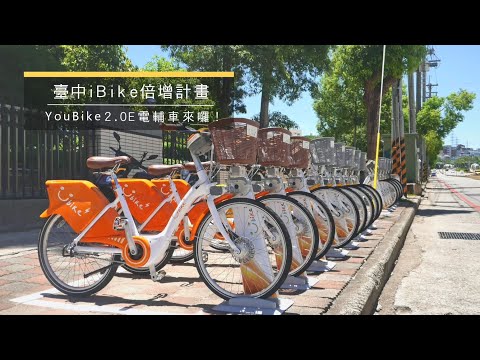 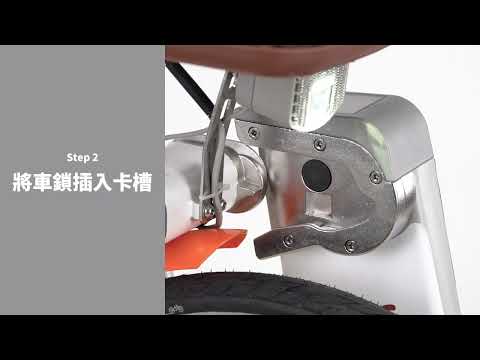 Ooh, how didn’t I hear about this?

Did ride one of those bad boys last year. It’s fun, gets you up to speed in no time. But once you get to like 30km/h that’s kind of it, probably for the better.

I definitely want to try this new power-assist bike. My first trip to Okinawa I rented a bicycle to travel all over Naha while geocaching and it about did me in. The second trip I found one of these power-assist bikes to rent and wow, what a difference, especially on all of those hills.