Got not thing to do with Taiwan, but wow, this dude could have been a movie star…

Chin was born in Portland, Oregon to a Chinese father of Cantonese origin and a mother of Peruvian background. 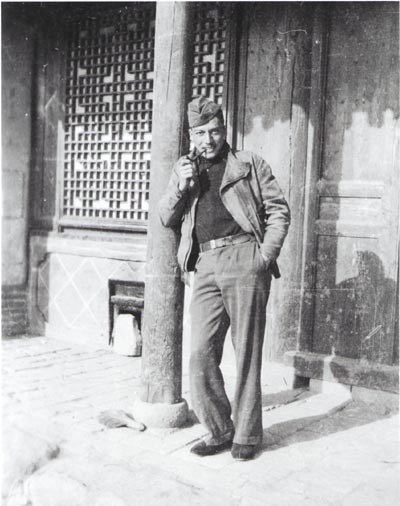 He was part of the first American volunteer combat aviators in China, and shot down 5.5 Japanese planes between 1937 and 1938 to become the first ACE of the United States in WW2. His plane was shot down 3 times, once by ramming into an enemy plane after getting shot. He managed to parachute out and lived to fight another day all 3 times.

In 1939 his fuel tank was hit by an enemy and the plane caught fire. Chin parachuted out of the plane while being on fire, and didn’t open the chute till the last minute in hopes of the air flow could drown out the fire. But after he landed he still suffered terrible burns, and did not receive immediate medical assistance (his face… his beautiful beautiful face… QQ). He shot down 8.5 planes during his time as a fighter pilot.

By the time he returned to China after rehabilitation, it was 1945, and he flew planes over the hump (air road between India and China).

During his time as a fighter pilot, at one particular Japanese night raids, Chin’s wife, daughter of Qing dynasty’s former ambassador to the US, saved his life by jumping on top of him and was hit by a shrapnel and died…

I’m really showing my ignorance here, but does he have 0.5s on his enemy shoot down tally because it was done with the aid of another fighter? Or is it because the enemy aircraft was only damaged?

EDIT: I did a search

and found the answer for myself. In WWII the number of kills was divided by the number of pilots involved, so the former guess is correct.