Easy life. Easy money? If only it was true

Indeed. Just hope the report wont be used to negate @fifieldt 's work with the regulator

not the minority IMHO

Yeah too right, if we have so easy we should F*** off back to our own countries and leave a childless secular province to it’s own devices.

I hope not. I think the bank will just pat themselves on the back and say ‘our staff speak English’

I doubt they would need such an elaborate set-up for some self-love.

This is the country of the elaborate non-sequitur. I would not be surprised if something with much more serious implications ensues, since they have been so generous with their dough.

Maybe the managers will get a kick up the a*se. I’ve been on the receiving end of mystery shops at 3 of my previous jobs and nothing worse than a scolding ever happened when we received the occasional poor score. Usually there’s pretty good incentives to score well too

I’ve been on the receiving end of mystery shops at 3 of my previous jobs and nothing worse than a scolding ever happened when we received the occasional poor score.

Now imagine if nothing happens in cases of seriously shoddy service provision, and you are the customer, and nothing ever changes? Wait…perhaps that has been happening all along within banking.

if we have so easy we should F*** off back to our own countries and leave a childless secular province to it’s own devices.

If you do, don’t forget to take that unneeded apostrophe with you!

Update, now I’ve been told to say that signs are displayed, even if they aren’t

Conclusion: no desire to improve

I’ve been told to say that signs are displayed, even if they aren’t

Just posters and stuff inside the bank

"When I arrived at the bank, I was immediately greeted by the manager who welcomed me to Taiwan and gave me some bubble milk tea and stinky tofu to try.

When I refused politely and stated that I simply wanted to open a bank account and get a credit card, the manager took me directly to the counter without any wait time where I had to fill out a single page asking me only once for my name, address and phone number. Also, only one single signature was required. I could start using the bank account on the same day and was told I would receive my credit card within 2 business day.

When I was about to leave the bank branch, the manager came to see me again. We briefly chatted about the foreigner friendly certification the bank had received recently. Then, he handed me his personal credit card and told me to simply use that one until mine would arrive.

Overall, I would rate the bank 4.5/5 stars because of the great experience there. 0.5 stars less because the milk tea was a bit too sweet and the stinky tofu could have been more stinky."

Vietnamese are not a majority but a plurality. Also they definitely aren’t the richest. The main business opportunities remain in English. They should absolutely focus on English. It’s easier and more universal.

But speaking English isn’t the problem with banking here. It’s banking staff making things up as they go along.

You’re right that English is more universal but if their goal is to improve service to foreigners they don’t need to speak English. They just need to do their jobs correctly.

This would help everyone, not just the rich. This is a huge business opportunity that has nothing to do with language.

Of course. I was referring to the suggestion that they should have Vietnamese service.

First of all, I don’t know if the person I mention below is a member of this forum, but if so I don’t think this is revealing any personal information. Delete as necessary.

I accidentally stumbled on this guy’s YouTube channel when I was looking for something unrelated. Anyway, he shares a frustrating experience he recently had with E Sun bank.

Briefly, this guy changed jobs and his new employer wanted him to open an E. Sun account for his salary. The guy, originally a US citizen, has had Taiwanese citizenship for like 14 years (and therefore had to give up his US citizenship). E Sun bank would not open the account unless he could provide some kind of document showing he was no longer a US citizen, even though he’s had a 身份證 for over a decade.

I understand that dealing with US banking crap is a headache for banks here, but I can also see (and have experienced) how bank policies can be terribly frustrating. 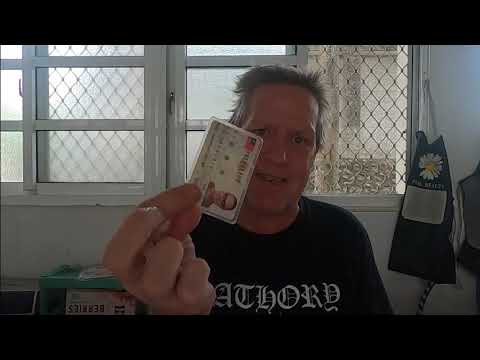 What’s the problem? Bank doesn’t want to deal with American regulation nonsense, and asked for a simple document to show that he lost his US citizenship.

Also the claim that he doesn’t exist in the US, his SSN got reused by a baby, is just plain BS.

The Taiwanese employer insisting you to open a new bank account is the more annoying thing imo.

What’s the problem? Bank doesn’t want to deal with American regulation nonsense, and asked for a simple document to show that he lost his US citizenship.

If you’re a citizen you should only need to show your ID card and ID#. That’s it.

But he wasn’t born in Taiwan, but naturalized as a citizen. I don’t think it’s so weird for the bank to check if he still holds his previous US citizenship.