The Ark from Korea is nothing special, balanced, nutty.
CPA Cape Pale Ale is lightish and refreshing.
The hazy IPA is a taste bomb, intense flavour, intensely bitter like Punk IPA on steroids. Recommended!

Interesting, I see that the IPA beer is from Thailand, and at 6.5, will have to give it a go.

The mahanakhon is decent

Had a few cans of that recently and thoroughly enjoyed it.

Took a trip out to Jim & Dad’s in Yilan, great location. Not usually into darker beers but this was pretty good so took a couple home. Been there and like it. I’m still trying to visit the one in Taipei. 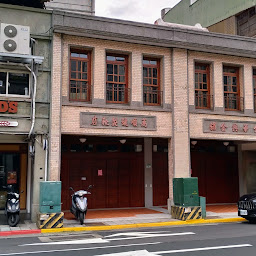 Wow one in Taipei! That’s much closer Found this Stangen IPA at 7-11
Their regular pils is quite nice, a good alternative to Pilsner Urquell when that’s out of stock at local Carrefour.

But this stuff - so called IPA - does not deserve the name.
It’s not much bitter, not much hop aroma, tastes like it was brewed from left over bread crusts.
Big disappointment.

OK, so it seems we’re in silly season for collaborative brews. Here’s “Taiwan Beer x Dear John Coffee”
Yes… it’s beer that tastes like coffee.
Found at Family Mart.
Actually not bad as a thirst quencher after grilled market food.
By the way- I discovered you can use the Pano camera function to show all around the can- useful, eh? Tried something cheap that was okay I guess, especially since they bring some variety to the table.

Not really one of the ones I was talking about but don’t find pictures. Have these hit the streets yet in prep for Halloweenie? From year past… [image]