Bill to lower the voting age to 18 passes the Legislature

A constitutional amendment that would see the voting age lowered to 18 from 20 passed a committee review at the legislature in Taipei yesterday. The Constitutional Amendment Committee approved the amendment, which was cosponsored by the ruling...

This is good! In line with international standards and another blow to the KMT.

Setting a maximum age for voting would be revolutionary and really change politics.

I had never really understood why some elections were 18+ and some were 21+. It made it especially annoying when US elections took place and I tried explaining it to students who would be quite adamant that only people 21 and up could vote for US president. Who’s the American here?

But good for Taiwan!

Will the KMT drag their feet on this? If so, it’ll make the young ones hate 'em even more.

Will the KMT drag their feet on this?

At least in the legislature, the answer seems to have been “no.”

It’ll now go to a referendum. I wish I could vote! 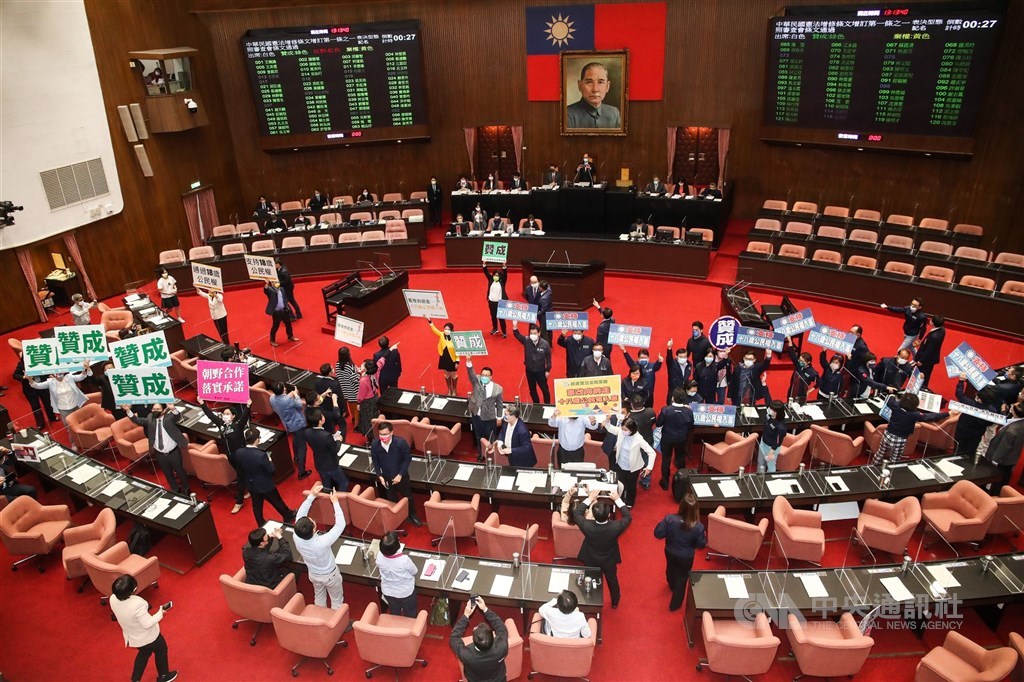 Taipei, March 25 (CNA) Lawmakers across party lines on Friday voted to approve a constitutional amendment to lower the voting age in Taiwan from 20 to 18, sending the issue to a national referendum later this year.

So that means too few people will vote to make it valid anyways.

From the Focus Taiwan article linked above:

According to the Additional Articles of the Constitution of the Republic of China, amendments must first clear the Legislature with the approval of at least three-quarters of lawmakers present at a meeting attended by a minimum of three-quarters of all lawmakers. [NOTE: THIS WAS ACCOMPLISHED TODAY!]

Once an amendment is approved by lawmakers, it must then be voted on in a national referendum and only passes if half of all eligible voters cast ballots in favor of its passage.

So yes it’s a high bar. I wish I could vote to help the referendum pass.