I predict UK being hit this week

Hit as in "truck of peace / car of peace / AK47 of peace etc etc " ? It’s not like they need a lot of preparation to arrange a false attack, just wait a few days and it will happen by itself.

Probably not even false. As you said, there is no need.

A classmate sent me pics today of his trip in Spain. He was having breakfast at Atocha station. The name gives me flashes.

I remember Granada. And Panama. And the Central America civil wars. And we thought it was OK, as long as there was no WW3 with nukes shows over kinda war, we were proxy. Then we were testing ground. Practice. War drills. Now we are background for sales pitches…to ourselves I guess. And things just keep getting worse.

Funny how pre-Trump so many people where pretty ok with bombing Syria because:“Well, we have proofs, think of the children, Assad is evil etc”, and now:“NO WAR, STOP IT NOW”.

Funny how pre-Trump so many people were “NO WAR, STOP IT NOW”, and now: pretty ok with bombing Syria because: “Well, we have proof, think of the children, Assad is evil etc”

Hypocrisy is the universal language, and narratives are its grammar.

There are no sincere pacifists.

You cannot have pacifists without warmongers. You are a very odd mix of the two (and I don’t mean war & peace). I’ll remember that line next time you tell us sincerity is for sissies.

Never take anyone at his word who makes a point of telling you how sincere he is. But if someone is shooting at you, best to presume he really means to kill you.

And if someone is pointing a gun at you while he’s trying to talk to you, shut up and listen for a bit.

You told us earlier that we shouldn’t trust you, so… Did you know US troops are (still) occupying part of Syria and apparently looting oil and other things?

Just a day earlier, the US had stolen large quantities of oil and wheat from different areas in Syria

No author, no about info. Who funds the Kremlin, lol, I mean Cradle?

And who’s the author of this? Another RT contributor?

@Charlie_Jack I figured better to move this here. I listened to that other video but the interviewer wasn’t great. Watching this now, it’s much better. 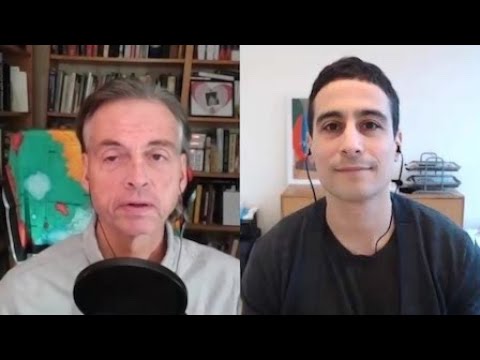 No easy-to-find English about info,* but there’s this:

The Cradle is an online news magazine covering the geopolitics of West Asia from within the region.

Google Translate translates “من نحن؟” as “who are we?”

*Or perhaps I should have simply written that I had some trouble finding it.

Those White Helmet people must have been kept really busy faking all these chemical attacks:

Use of chemical weapons in the Syrian civil war - Wikipedia

If I were to post all the reports of chemical attacks (some of which were reportedly committed by ISIS/ISIL) in the above Wikipedia article, it would make quite a lengthy post. Here’s a sampling of some of the attacks for which I think the government was held responsible:

According to medical personnel, the video was shot on March 14 and the man had just been gased in Otaiba, a town east of Ghouta. . . .

According to doctors who treated the victims and subsequently spoke to Human Rights Watch, these attacks killed at least 11 people and resulted in symptoms consistent with exposure to chlorine in nearly 500 other people. The attacks documented by Human Rights Watch are:

And of course, the White Helmet false flag attack which has been discussed here recently:

@Charlie_Jack I figured better to move this here.

Thanks, and I’m working my way through it. It seems true that the White Helmets have been present during executions, but I’m not so sure that they participated in them. But who knows? People get up to all kinds of things, especially in a war, and the White Helmets are people, and there’s a war going on.

I posted about the following a few years ago and then I forgot about it. Tonight I found the post and the Guardian piece that contained this quote, but I was blocked and asked to subscribe, so I went to the Internet Archive to get the Guardian article. But in later versions of the article, the quote seemed to be somehow missing. I think it’s possible that the quote was removed because there was a controversy about the person who made the statement, but anyway, here’s Ms. O’Bagy’s opinion, which I also found in this Internet Archive copy of a New Yorker article, and which, as time has worn on, and regardless of any dent which may exist in Ms. O’Bagy’s bona fides, appears to have turned out to be pretty much in harmony with the facts:

But, according to American officials and nongovernmental groups that work in the region, the overwhelming majority of the rebels are fighting for an Islamic republic. Al Nusra, like the other Al Qaeda affiliates, wants to do away with the Syrian state altogether and reëstablish the Islamic caliphate. “The Islamists are the majority,’’ Elizabeth O’Bagy, an analyst for the Institute for the Study of War who has travelled to rebel-held areas several times, said. The small number of non-Islamists among the rebels are often socialists, she told me, and are referred to by their peers with an English word: “hippies.”

Anyway, I’ll stipulate that there are members of the White Helmets who do bad things sometimes, but I don’t see how that’s going to do much to improve Bashar’s image.

I guess one day I’ll finish these videos, but in order to do that, I’ll probably have to stop reading outside stuff and typing about it.