He is China’s Dr Doom. He sees structural issues all over China’s economy. But it’s as @OrangeOrganics said, China’s economy is a closed loop and the Central Government is in control. There will be a reckoning in China, just not in the way most people think. A lot of people also thought that Japan would crash hard after the 1990 stock market bubble burst, but they managed to muddle through the next 20 30 years. Not saying China is going to be like that. It’s entirely possible, the Chinese government will impose a haircut on everyone in the end to reboot the economy.

About this, if some people here are thinking “good, jobs are coming back to the US/Europe”, well I am sorry to say that’s just not true. South East Asian countries are the major beneficiaries of this trend.

I was speaking to someone about this and the Biden administration is pushing manufacturers to Mexico, and considering that part of the domestic supply chain. So you can have the higher level stuff and say the chip design companies in USA and then other parts of the supply chain across the border… Its pretty smart

I disagree. It’s all optics. Bill Clinton has f**ked the US with NAFTA. Heck he was truly one of a kind. Not only did he do NAFTA, he also championed China’s ascent to the WTO. Amazing stuff. After that, the writing was pretty much on the wall when it comes to the American middle class. That reckoning is also due pretty soon.

As I said the situation is pretty moribund, but China is a closed loop system so can absorb a certain amount of shocks. Its not Brazil, and wont and cant have the kind of financial crisis that can topple the system.They are heading for Japan style decade of stagnation and then a whole host of other issues.

I think there is a huge philosophical difference when it comes to China though, the mandate. The CCP was able to keep things under control post the Tiananmen square massacre partly because they committed to economic reforms with the aid of European and Japanese capital, followed by American and Taiwanese ones, as well as Taiwanese industrial knowhow.

The CCP has obfuscated that history and the official story is that China became wealthy because the CCP is awesome. The mere prospect of being lifted out of poverty or making it super rich has let the Chinese people to justify any wrong doings of the CCP. It’s not like other places where people were at least given the pretence of choice. In China, you take your chances in not offending the party, and in return expect that the party has the greater good of the people in mind.

So if the house of cards collapses, and hits the middle class Chinese the hardest, the party will lose their legitimacy and justification to do whatever it wants. We are talking about millions of people losing their lidesavings here, and the CCP is expecting the local government to take care of it.

The party has all the guns, controls the media and has brainwashed the population. They have built a whole system to weed out dissent or rebellion

It’s never foolproof. Tough ask though, for sure.

They have built a whole system , including technology, to weed out dissent. Yeah people will lose some savings.

But it’s wrong to say CCP legitimacy comes from economic performance, it’s comes from the PLA.

But it’s wrong to say CCP legitimacy comes from economic performance, it’s comes from the PLA

No, their authority comes from the fear that the PLA enforces, but might does not make right.

Look at Tiannanmen Square. That was a clear denial of legitimacy, and the social contract rhat was struck was that people would be free to generate wealth in a more ir less free market situation as long as they don’t challenge the CCP.

Oh I didn’t say it made them.

Just that it has been banded around for years that the CCP legitimacy in China comes from their economic performance. So consequently when the economy slows, they will lose the people.

This is misguided, because the party’s legitimacy actually comes from the PLA, which is the party’s millitary and not the countries. Remember they send more on internal defense than external l.

At the end of the day, people will follow them, because they are scared of them

“Chinese firms don’t pay tariff “ is technically correct but not actually not correct. Exporter sales volume will suffer because of tariff because importer may look for other suppliers located in another country that do not have to pay tariff.

Every adult should know that the Absolute Power of free market especially US market. If the market only deems a product worth $50, then the importer and export between the two have to suck it all up when Uncle Sam demands profit-sharing.

You can’t tell the market because you’re located in China you want to raise price to $60. No no no . Market will laugh at you and just ignore you.

“Chinese firms don’t pay tariff “ is technically correct but not actually not correct. Exporter sales volume will suffer because of tariff because importer may look for other suppliers located in another country that do not have to pay tariff.

Then China was never a problem and will never be a problem. You know why? It’s as you said, just skip China altogether. How do you then explain the fact that US imports from China have stayed at around the 450 Billion to 480 Billion range the last couple of years? Here’s a hint. Who else can manufacture Apple products at the scale demanded by Apple? 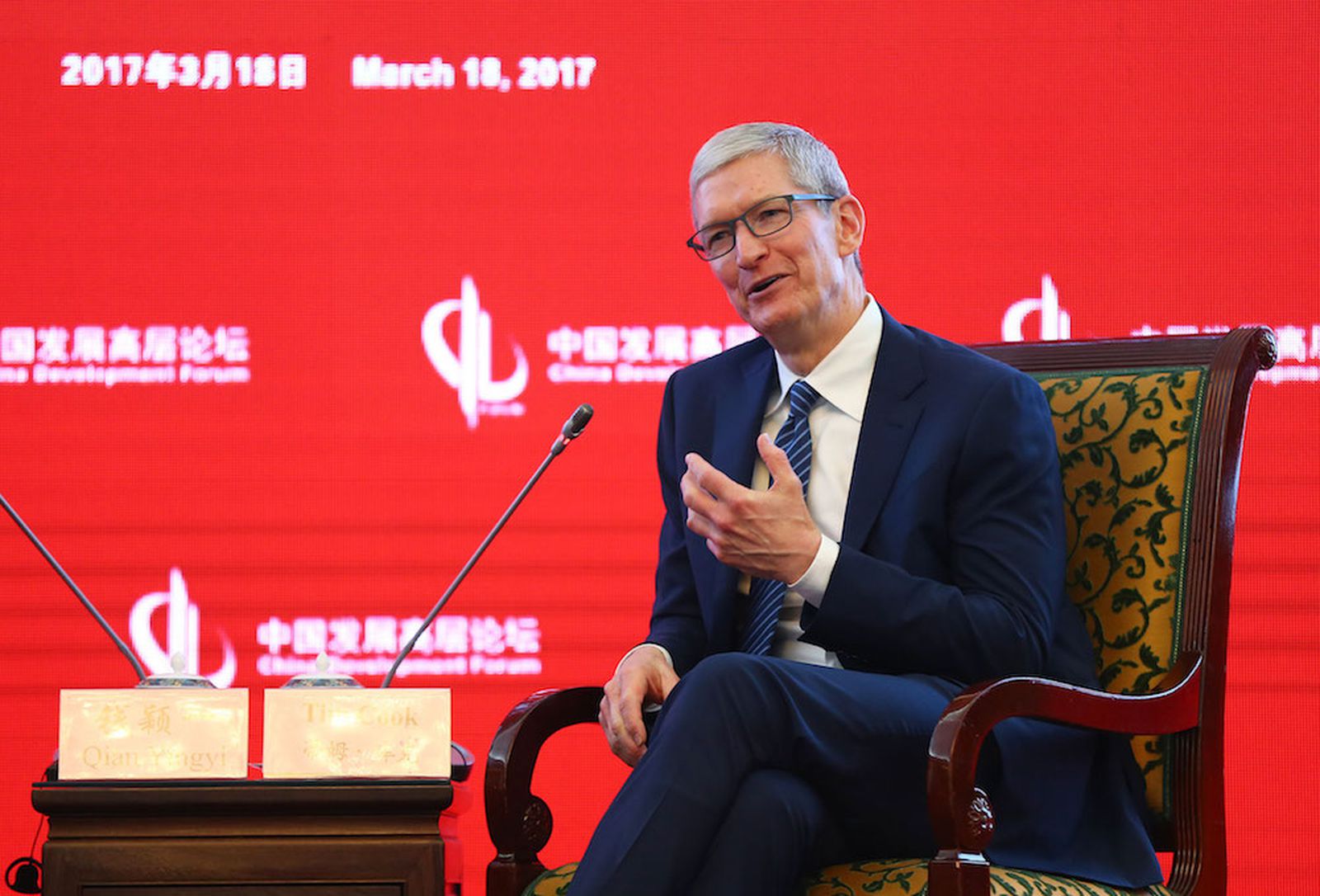 Apple CEO Tim Cook "secretly" signed an agreement worth more than $275 billion with Chinese officials, promising that Apple would help to...

Pathetic. Mars already has a surrender flag up. Think about this the next time you’re eyeing a Snickers at Family Mart. 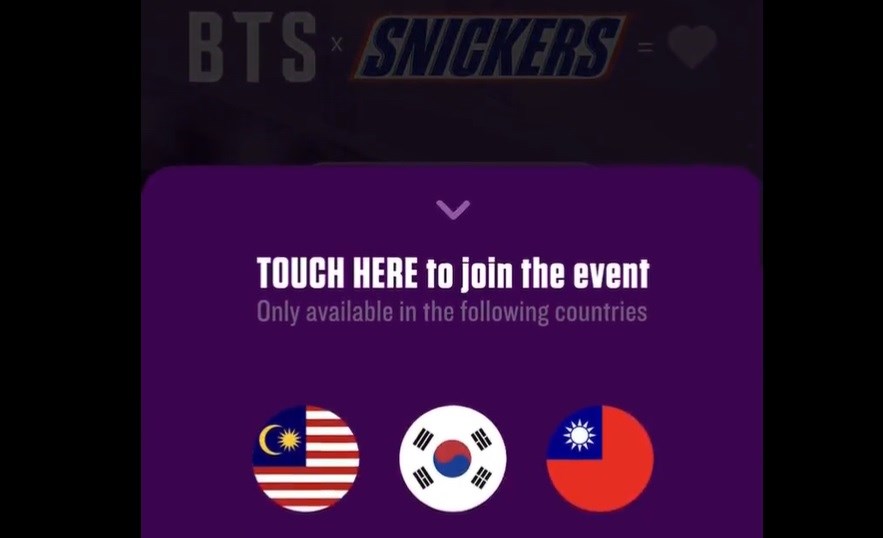 I think it’s so funny because the chances of American civil war are currently higher than China invading Taiwan. I truly believe at this time we are safer in Taiwan.

I’m Ok with boycotting Mars Corp. I’m hardly missing out on anything by not buying low quality chocolate. If you start telling me Kinder has waved the white flag I might have a problem though, just because I don’t really know where else I can get mediocre/ low cost chocolate in TW in that case.

But it’s wrong to say CCP legitimacy comes from economic performance, it’s comes from the PLA

That’s good news for Taiwan then. The PLA won’t go to war until they’re 100% sure they can win, Xi’s megalomanic delusions notwithstanding.

The actual building of the physical factory is super easy. The hard part is actually finding an educated workforce and skilled managers that know how to scale the whole operation.
Let me quote Tim Cook again: “China has moved into very advanced manufacturing, so you find in China the intersection of craftsman kind of skill, and sophisticated robotics and the computer science world. That intersection, which is very rare to find anywhere, that kind of skill, is very important to our business because of the precision and quality level that we like. The thing that most people focus on if they’re a foreigner coming to China is the size of the market, and obviously it’s the biggest market in the world in so many areas. But for us, the number one attraction is the quality of the people.” Apple CEO Tim Cook: This Is the No. 1 Reason We Make iPhones in China (It's...

China is much more than a source of low-cost, low-skilled labor.

How do you then explain the fact that US imports from China have stayed at around the 450 Billion to 480 Billion range the last couple of years?

I can’t because there are way too many factors in play when you aggregate like that. You need to adjust for variables. Why don’t you add in imports from Vietnam and see how the two compare?
What about covid. What about labour shortage, what about seasonal and cyclical fluctuation, what about there rest of the global demand and supply?

What I said was an " all-else-being-equal" condition. All else being equal, when Uncle Sam levies a duty on a class ((harmonized code) of product on county X , either the exporter (the exporter company) has to suck it up and lower their price, or the importer company has to suck it up to profit-share with Uncle Sam. Consumers as a whole will not pay one dime more just because your company happened to import from a Chinese supplier and not a Mexican supplier. They don’t care where you import, because the perceived value of your goods is no different from before, and they think it’s only worth $50 and that’s it. (Unless you have a market monopoly in US market.)