Canada's Mass Shooting and critics of the government

Tragic news, but having the BBC mention (what seems to me pointless)various top people in various places in the area seems off the topic (and somewhat saying they are not doing their jobs) and less about the real news from the BBC https://www.bbc.com/news/world-us-canada-52376547

After Christchurch and Colombo it’s a warning to the rest of the planet. Mental illnesses and their impact on society are undoubtedly under estimated in many western countries.

Trudeau said he had been planning to tighten up gun control, honest, but he got distracted by this corona thingy.

Tightening up gun control isn’t going to stop lunatics like this guy from going off and killing a bunch of people if they want. Canada’s gun control measures are already fairly strict. There’s many ways to get guns illegally. This incident occuring had nothing to do with Trudeau’s plans to further tighten things up being delayed.

Actually it was widely covered in the US.

The mental illness issue in Canada is underestimated with declining healthcare system.

Last I read it was an argument with his girlfriend. However, that doesn’t explain the pre-planning involved.

I like to live in a place with strict gun control laws, because so often when I meet a guy who wants to own a gun I feel very uneasy. I’m sure some of them are normal.

Tightening up gun control isn’t going to stop lunatics like this guy from going off and killing a bunch of people if they want. Canada’s gun control measures are already fairly strict.

Yet it does. Compare the number of mass shootings in the U.S. to Canada. The variable is access to guns. Americans are no wackier or more liable to go off the deep end than people in Canada. The reason they have more mass killings is easier availability of guns.

I think you missed my point, or I didn’t articulate it well enough. It doesn’t matter what gun control measures you have in place in America or Canada, people can always still get guns. It’s really not that difficult. If someone goes off and blows a gasket mentally and decides to go on a killing spree, there is next to nothing that can prevent it. Canada already has strict gun control measures, and very little gun related homicide incidents. I sense you want to blame Trudeau for what happened in Nova Scotia, for not having already put in place his planned legislation. Further legislation WOULD NOT have prevented that nutjob from doing what he did.

It might have- probably not. It might have stopped the next one.
I don’t want to blame Trudeau- I think he did put gun control on the back burner, like Arden had done before Christchurch. Politicians generally ignore issues that are not shoved in their faces. Trudeau is just pretending he was going to do something about gun control if the virus hadn’t happened.

Trudeau announces ban on types of military-style semi-automatics. It wouldn’t have stopped the mass-shooter, as he didn’t have a license anyway, and his guns were brought in illegally from the United States. The ban is supported by about 80% of the population.

Are you thinking cannabis is good or bad for overall mental health in this case?

I don’t know. I’ve known a lot of pot-smokers of both left and right who have a thing for their guns.

For a small percentage of people with relevant health issues in Canada weed is liberating while businesses profiting and commoners less benefiting. Drug addiction is IMHO the war of humanity on the planet.

Drug addiction is IMHO the war of humanity on the planet.

Yeah, but we were talking about weed, not drug addiction.

Cannabis is a chemical substance like alcohol, heroine, cocaine, etc. It has medicinal purposes, no doubt, scientifically.

Canada was wise to end the war on drugs when it comes to cannabis. It’s harmless and they tax the shit out of it and it pays for schools, parks, etc. Prosecuting kids for weed is senseless, it clogs up the legal system unnecessarily and ruins lives. Cops should be focusing on harder drugs IMO…

Both the federal (Liberal) and the provincial (Liberal) governments have given in to a massive outcry and have agreed to hold a public inquiry into the Nova Scotia shootings. They originally tried to get away with a review panel with no power to summon witnesses and no input from victims or their lawyers- IOW a cover-up to sweep everything under the rug.

The weapons are OT, but tragic and weird stabbing spree: 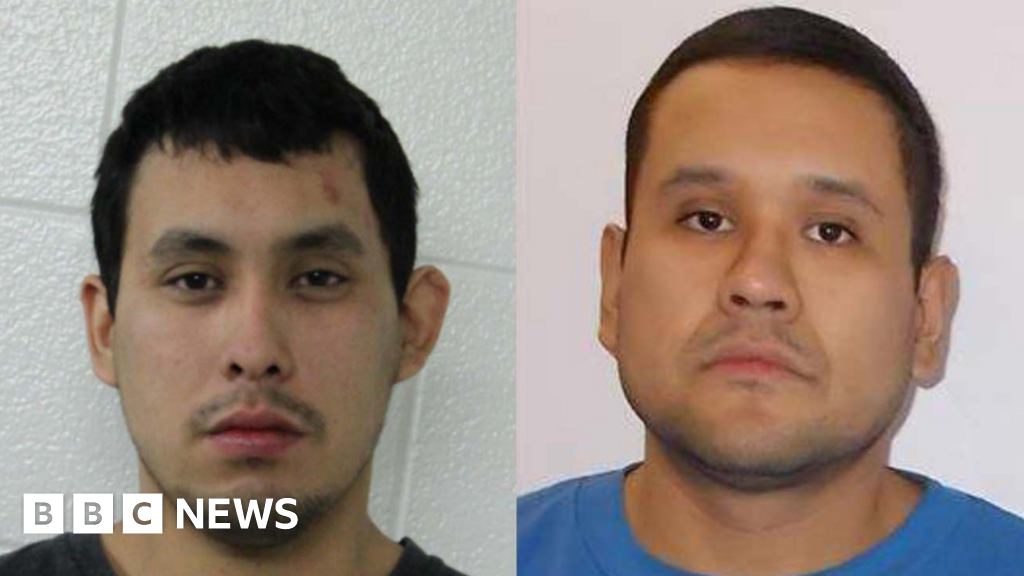 Canada police say the body of Damien Sanderson, 31, has been found, but his brother Myles is still at large.

It appears that one of the brothers may have killed the other.