I’m thinking of myself.
I have a few of the furriners in my building on line, there not my best buds but we have shared a coffee or two on occasion.

If one of them lined me that they ran out of gas and was I convenient to help I likely would assuming I wasn’t working that day and it was convenient, as in not too far away.
I’d be kinda pissed but if it was a one off thing I’d be inclined to help. Call me seriously naive.

If one of them lined me that they ran out of gas and was I convenient to help I likely would assuming I wasn’t working that day and it was convenient, as in not too far away.

Yeah, but fireworks? I don’t see any situation where fuel and fireworks go together. They weren’t just asking for it, but asking him to set off fireworks.

hey weren’t just asking for it, but asking him to set off fireworks.

Yeah, that is fucked up.

So three of the four suspects are former soldiers. What is it with these ex-military guys?

That is weird I agree.

The food looks pretty good, but the chef seems a little off.

I think there would be fireworks in the toilet after eating that.

I’d like to hear his side of the story.

Speculation
Maybe it went like this. We are going to scare him to stop him ratting out others. You are on the list too cos you bought from him.(this is why I ALWAYS tell folks don’t bother with illegal drugs in Taiwan look at the shit you can get dragged into even for just cannabis). You will light the fireworks and act as the lookout with the other guy.

Maybe on the way they called him to ask for the petrol , that’s easy to verify.

He might be afraid to admit to the cops even his partial involvement .

Anyway it’s something that I don’t think a real family man would get mixed up in knowingly. But hey these guys weren’t geniuses.

Probably the army buddy background thing was why they knew each other and hung out.

The whole thing doesn’t make a whole lot of sense but it happened! 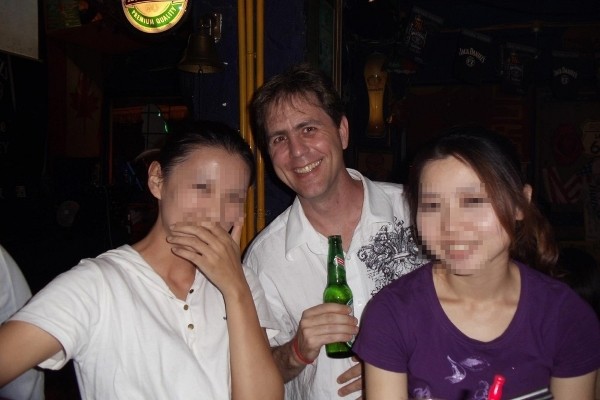 IN HIS SLEEP
The absolute nerve of the Taiwan Police New Taipei City police yesterday arrested a US citizen in Yonghe District (永和) as the fourth suspect in a brutal murder and dismemberment case, after he reportedly helped destroy evidence. The man surnamed Hobbie, 46, has been in Taiwan for eight...

This is the first I have heard about the clothing angle.

Police intend to indict Hobbie as accessory to murder, Lin said, adding that Hobbie was allegedly instructed to buy gasoline and fireworks, and then helped burn the bloodied clothing of the other two suspects.

It does seem highly improbable that Hobbie would have remained in Taiwan if he had been involved.

You, not me, I’ve connections within CIB!

OI LAD, WHICH BUSHEBAN YOU BE WERKKIN AT?
BEETTA NOT BE SELLING A WE’ BIT OF DRUGS! YE EAR!

IS THAT PETROL IN YE POCKET?
BETTA NOT BURN ANY EVIDANCE M8!

It’s that serious? Now I wonder if the people I work with will get me in trouble.

Because the alleged bloody clothes have not been found. They are not seen in the videos of the suspects walking away from the deed to buy «celebratory beers» … as we’ve been told by cops/press.

First theory was that the blood must be seen in the backpack one of them carried. Obviously changed a la Superman.

See the problem? Please refer to my previous post on this matter.

As per Taiwan’s law, if you are at a party or in someone’s place, and even a slight minuscule portion of drug is found - say, a dead twig of a long forgotten cannabis plant- is found, you too will be arrested and or deported. Yes, just for being there.

Kind of limits social interactions as who can vouch 100% for acquaintances?

So if you go to a club and someone there you’ve never interacted with has drugs, you could be kicked out?