I am curious to know if anyone here or if you know anyone who has celiac disease here in Taiwan.

How difficult was dining out or cooking in?

Ms 914 and I have both left Taiwan, but she had some real bad bouts with food contamination. Hoping this thread will open up some discussion and suggestions. We have a lot of tips to give if you are a celiac sufferer. It’s doable in Taiwan.

I knew someone who had it pretty bad. She was pretty aware of what foods she could and couldn’t eat…but sometimes she gave in and just suffered the migraines and nausea. Not many places did, but she had far less trouble eating at western establishments because their food was easier for her to tell what was what. Taiwanese food tended to be too difficult to decipher so she tried to avoid most of it. Hot pot was probably the only kind of local food she could stomach.

Gonna bump this, as a person I care about now seems to be suffering from Celiac Disease.

I am totally in the dark. It’s a gluten thing, yeah?

But mushy rice and hemp seeds should be ok, right? She can’t really eat anything and feels nauseous 24/7.

Should be OK. I would also look into Keto versions of food as well like Almond bread.
They should be easy to find in the US.

I am totally in the dark. It’s a gluten thing, yeah?

Gluten intolerance is something different, although I’ve noticed a lot of authoritative articles conflate celiac disease and gluten intolerance. They’re quite obviously not the same thing because you can give a celiac patient a gluten-free diet and in many cases it makes little or no difference to their symptoms. Nobody really knows what causes celiac disease, but it does appear to be diet related.

But mushy rice and hemp seeds should be ok, right?

um… probably not. Grains in general seem to be a big part of the problem, not gluten specifically. I would suggest she avoid absolutely everything containing seeds of any kind (including legumes) and see what happens. Probably worth eliminating dairy too. That basically means eating only fresh vegetables, meat, or eggs. Reduce other carbohydrates (eg, potatoes) to a minimum. Ensure plenty of dietary fat from eggs, meat, or added oils (you’ll feel like death on a low-carb diet like this if you don’t consume adequate fat). I would suggest a 24-hour water fast (48 hours if she can manage it) before attempting the switchover, and then start refeeding with a plain omelette cooked with olive oil, coconut oil, or lard. If that doesn’t cause pyrotechnics, she can get more adventurous.

If those eliminations make a dramatic positive difference - and many people find that it does - then try bringing back dairy products first (particularly cheese, butter, and yoghurt). Then legumes. Then natural starchy foods (potatoes) in moderation. I don’t see any point in bringing back wheat and soy, but it would be interesting to try it and see if things take a turn for the worse.

Thanks. Celiac runs in her family but I doubt any tests have been done yet to confirm what is ailing her.

Aside from biopsy, some of the common tests are tissue transglutaminase (tTG) Antibody (IgA and, if you have an IgA deficiency, IgG) and endomysial antibody (IgA). And sometimes HLA-DQ2/DQ8.
While it is not the same as gluten sensitivity or intolerance, I thought that it was caused by an autoimmune response provoked by gluten. Finley seems to have more up to date or practical information… have not read up on it in a while.

This 2019 practice guideline suggests not starting a gluten-free diet until antibody testing is completed, because removing gluten can decrease the sensitivity of tests. If you are planning on getting tested.
Edit: I am not a health care provider and am not giving medical advice. If it were me, I’d be talking with a gastroenterologist. Good luck to your person!

Here is a more patient centric resource from the American Gastroenterology Association: 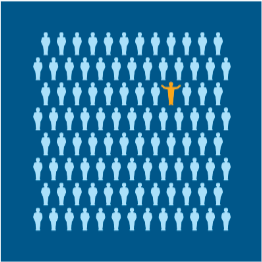 Celiac disease is when a person can't eat gluten. Some symptoms are gas, stomach bloating and pain, diarrhea and constipation.

ALWAYS get tested if you think you have celiac’s. As stated above, if you (by which I mean your friend) start cutting things out, you’ll have no way of determining it you have it.

The reality is that it likely affects less than one percent of the population, but about a decade ago, it was very trendy to “have celiacs”, even though the vast majority of people I knew who made this claim were not following anything close to a gluten-free diet. If you actually do have celiac’s, you have to completely and entirely cut out EVERYTHING they tell you to or your body will literally be unable to process nutrients and you will starve to death. A decade ago, it was just an extension of the low-carb craze. The trendy diet now is keto. Keto is not the same thing because it’s an obvious diet trend and not a real health thing. At least they’re not doing a serious disservice to real people with celiac’s, which is a seriously awful disease to have.

As a kid, I knew my grandpa and great grandpa were “allergic to wheat” (that’s how my mom described it to me, because an ‘allergy’ was an easy concept to grasp). Teachers, friends, people’s parents etc. would always tell me that wasn’t even possible. It was insulting, but I didn’t care because there were some really tasty flourless cakes (that were originally flourless, not some shit substitute that made the thing taste like sand) that we perfected over the years. Then, around 2009 or so, everyone seemed to know what “gluten-free” meant. It was nice for the two oldest men in the family, as they suddenly had a lot more options, but it was often met with an eye roll if we went out to eat. Before the gluten-free trend, it was just met with confusion.

As for Taiwan, good luck. There is so much cross contamination in this country, which is probably among the reasons you don’t meet a lot of people with severe food issues the way you do in the west. Much better-calibrated immune systems from the lack of sanitation, probably. I do know people with various allergies here, severe ones, but not nearly as many as there are (or claim to be) in the US. I have never met a Taiwanese person with celiacs, probably because it only affects such a teeny tiny amount of the global population as it is.

The problem with getting tested for something which is incompletely understood and for which there is no mainstream treatment is that the test does not inform the treatment. There are a whole bunch of different intestinal malfunctions - “celiac” is a bit of a catch-all - and a lot of them are (supposedly) untreatable.

If the test is “negative” but you nevertheless have life-altering symptoms, what then? Most likely you’ll be subjected to another battery of tests and at the end of it all you’ll still be none the wiser.

If the test is “positive” for this-or-that protein indicating this-or-that malfunction, what then? Nobody knows what the proximate cause is, so all that’s going to happen is that they’ll say “well, you can try this pill or this elimination strategy, but basically you’ll have it forever”. Oh, joy. The prescriptions given to people with intestinal malfunctions hardly ever work and have no underlying scientific basis - they all seem predicated on the idea that tasteless pap is the safest course of action, which has been unfounded medical dogma for centuries if not millennia.

I wouldn’t advise anybody to not take a test, but doctors can often take you down an enormous rabbithole for their own entertainment, until they eventually shrug and say, “dunno, here’s some medicine that might help”. Ultimately, with any kind of diet-related disorder the only plausible course of action is to stop eating everything for as long as practically possible, and then introduce additional items in decreasing order of usefulness until you hit something that causes a problem. If you start with a benign source of fat, protein and micronutrients (eggs, as suggested) you can work your way along from there, or stepwise if you hit a serious roadblock; for example, if you find that you’re allergic to eggs then you can go back to the beginning and kick off with (say) a piece of bacon. The critical issue here is that, if you have an abnormal reaction to X for any length of time, you’ll also have an abnormal reaction to pretty much everything else. So you need to start from zero and bring things back in one-by-one.

I recently had some kind of reaction to either alcohol or coffee or possibly both . Dropping all has worked to clear my symptoms. Now to hope that I can enjoy myself once more in polite company one of these days. Introducing either of them back to my diet has not worked so far. The doc prescribed all kinds of drugs for this and that but the only thing that has really worked is changing my diet (elimination ) and getting better sleep.

The problem with getting tested for something which is incompletely understood and for which there is no mainstream treatment is that the test does not inform the treatment.

It seems like a gluten-free diet is the main treatment for celiac disease, once it has been diagnosed based on serology or biopsy. At least in the US.

Yes, and for the vast majority it doesn’t work.