His story in itself is hard to believe. Does anyone know this story? I’m curious about any folklore not found on Wikipedia.

Charles Sobhraj is a serial killer, thief, fraud who preyed on Western tourists, backpackers, including couples, on the hippie trail in Southeast Asia in 1970s. It’s thought that Sobhraj killed at least 20 tourists in South and Southeast Asia, including 14 in Thailand. He is now in jail in Kathmandu.

Nicknames include Bikini Killer and The Serpent.

Hotchand Bhawnani Gurumukh Charles Sobhraj (born 6 April 1944) is a French Indian serial killer, fraudster, and thief, who preyed on Western tourists traveling the hippie trail of South Asia during the 1970s. He was known as "the Bikini Killer" due to the attire of several of his victims, as well as "the Splitting Killer" and "the Serpent", due to “his snake-like ability to avoid detection by authorities." It is thought that Sobhraj killed at least 20 tourists in South and Southeast Asia, incl...

The Serpent is a 2021 chilling crime thriller TV mini-series based on true story. I found most of it riveting and binge watched 4 of 8 1 hour episodes in 1 day.

I’ve made friends out of strangers roaming around the world but this story will make you never want to talk to a stranger on vacation again.

Filmed around Asia with old clips mixed in and throwback vibe. 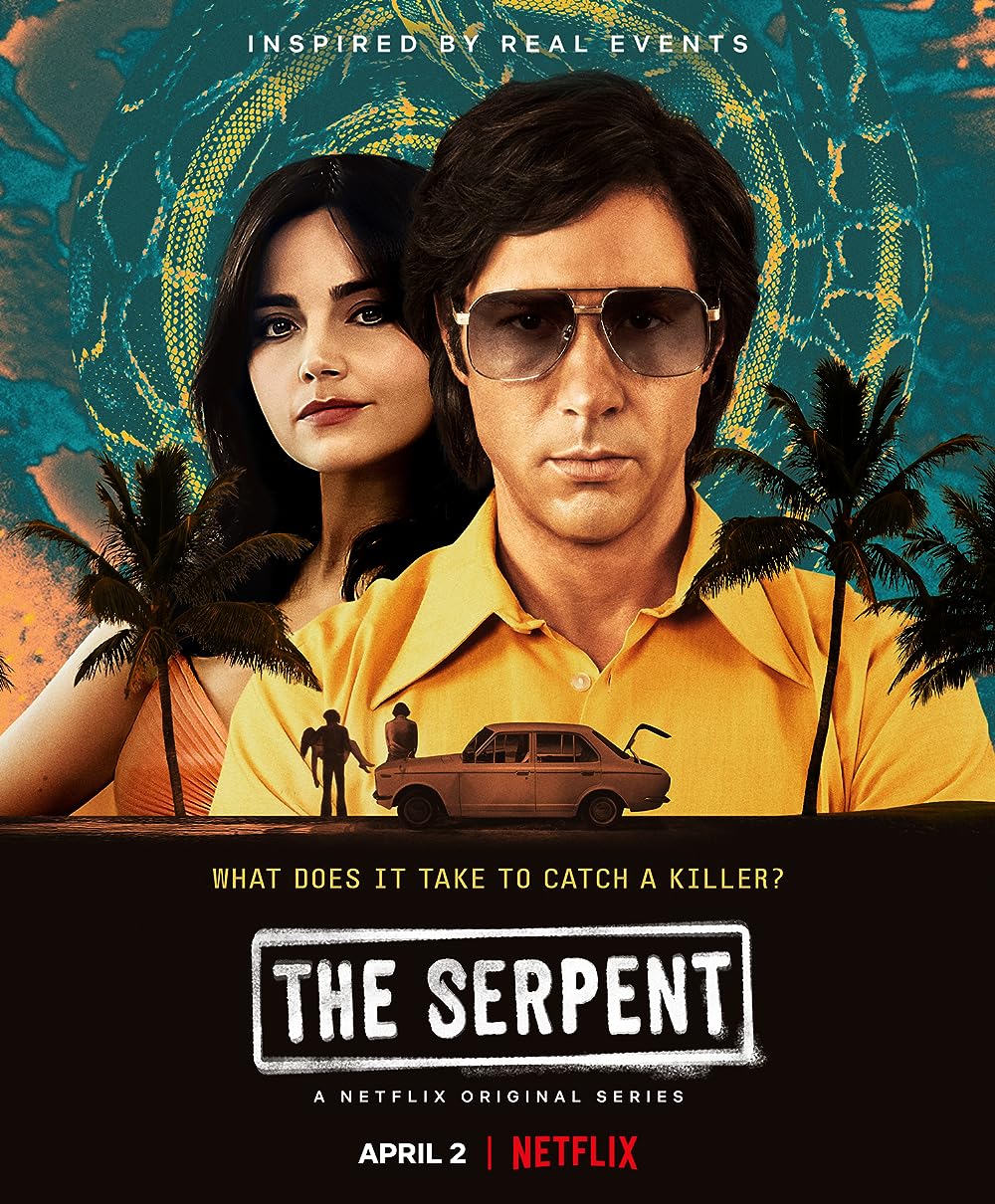 It’s one of those shows on netflix that looks generic and seems not heavily promoted, but I agree it was really well done. Performances that really make you hate those guys by the end.

Wow, never heard of this case, but after reading the Wikipedia article I might have to get Netflix just to watch this. Reminds me a bit of Frank Abagnale, but of course he didn’t kill anyone.

I enjoyed the retro south east Asia vibe. Actor does a great job of being …Well… evil.

Yeah the guy was full on. He actually started killing people as a young kid in Vietnam. Sneaking bombs into cinemas that US soldiers would visit. Sobhraj wasn’t his real name even. His real father was an Indian and his mother remarried a french Foreign Legion soldier. The family were stationed in Africa for a while. This is when Sobhraj started doing break and enters.

He was imprisoned in Greece and a few other places. His escape from the Greek prison is the stuff of legend. He used a syringe to extract blood and made out like he had a peptic ulcer that had ruptured. He escaped from the transport van to the hospital and put on a disguise of a fake moustache and wig and turned his prison shirt inside out and literally walked straight past the police chasing his brother. The Greek authorities ended up torturing his brother to try and find out where Sobhraj was.

Other than that he was arrested for breaking into jewelery stores. One where he befriended a prostitute living above the store and then tied her up and over the course of 3 nights broke through the cement roof. He ended up getting caught for that and was also charged for enslavement and other things.

The one thing missing from the Netflix series is Sobhraj’s claims that he was killing these backpackers on orders from a drug cartel. Although the only sort of connection that could be made was the Turkish drug trafficker he killed and then the Turk’s girlfriend that came looking for him about a year after he went missing.

As for his time in India he was first imprisoned for drugging and robbing tourists. He lived like a king in prison. With huge drug parties and prostitutes being allowed into his section of the prison. Just before his time was up he invited the prison warden in for one of the parties. Spiked his cake and changed clothes with him. Him and another prisoner then used the prison wardens car and literally just drove out the gate. He was caught about a month or so later trying to rob tourists. He had an empty briefcase with a loaded gun in it.

From that point he kept filing appeals within the Indian legal system until the extradition warrant for Thailand expired. After that he was freed from India and sent back to France. He did some interviews on French TV and threatened to sue the guy that wrote the best selling book about him when he was in prison but nothing came of it.

Then he went to Bhutan or Nepal and he’s been rotting in prison ever since.

I just started watching that on Netflix. Thanks

My friends and I were fascinated when “Serpentine” (the first book on the killings) came out in 1979, having travelled on the Hippie Trail in the 1970s and frequented the same places at the same times.

I forgot about his mom. She was NQR in the head. Didn’t like little Charles peeing the bed when he was a kid so used to tie a string around the end of his penis to stop him from wetting the bed. But spending quite a bit of his formative years growing up in Vietnam and watching the country disintegrate wouldn’t have helped.

He embodies those that have no scruples. Deliberately targeting those that were sucked in by his schtick. If he saw you were fresh off the boat and had travelers cheques then you were easy game. Then he would spend months drugging them and using their passports to traffic drugs around Asia and Europe. Heroin mostly. And stolen gems/stones.

I know of one other person sort of like that. They drowned their son when he was 4 and then revived him at the point of permanent brain damage. All so they could get permanent government benefits. Then that persons daughter was raped at age 13. After that they used the daughter to try and honey trap people. Getting men to sleep with them and if they didn’t pay up making complaints to the police and having them arrested for having sex with a minor. Of course it all unravelled eventually.

Sounds like they could have made more than just 8 episodes.

Even though it seems fairly authentic and accurate with his true story, seems there’s some missing.

With the way they jump around the timeline in the series, maybe they could do another season if there’s truly that much more to add.

Maybe they were trying to avoid turning him into an icon? He escaped prison 6 or 7 times if I remember correctly. There’s also his vanity to consider. He’s sued or attempted to sue anyone and everyone that has ever written anything negative about him.

Why did he go back to Nepal ?.I bet you it was because he wanted to go back to his old ways, the thrill of it all.
But seems an uncharacteristically stupid move. I guess everybody’s luck runs out eventually.

The things he did seem like a fake fiction story but it’s true.

Yeah it sounded way more unbelievable than The Queen’s Gambit TV series for example . I was disappointed to find out that one was fiction
Netflix is great at doing these very atmospheric backdrops for their shows.

In the Serpent I just love the Dutch diplomats colonial style residence with garden. That’s my dream right there.

But they do a good job of the old school SEA style hotels, apartment blocks as well.

I think partly his narcissism and partly his desire to show he got away with it. He wasn’t counting on the Dutch embassy guy, Herman Knippenberg, to still have the original files including Marie-Andree’s signed and witnessed statement. Apparently she made 3 signed statements that detailed the Nepal trip and Knippenberg’s copy was the only one left. Thai Interpol destroyed theirs after the International Arrest warrant expired.

I’m not pro death penalty however I think longterm and lasting torture would be ok on Sobhraj for the things he did. Especially the drugging part. I kind of think the Taoist approach of making sure violent criminals live out their lives so they get to the point of genuine reflection is the best form of punishment for people like that. Having said that I don’t think Sobhraj can think beyond himself.

If you enjoy the lead actor, Tahar Rahim, he’s also in this, pretty good flick:

I just finished the first episode, quite intriguing.

Maybe I’ll understand more with the next episode, but I have a question:

Is his reason for killing the first girl and the couple because they wouldn’t agree to smuggle jewels for him?

I just now finished the series. Wow, excellent production! And from what I’ve read they didn’t even include a lot more crazy stuff in his life.

That sack of shit is still in jail at least.

Careful of those who approach You 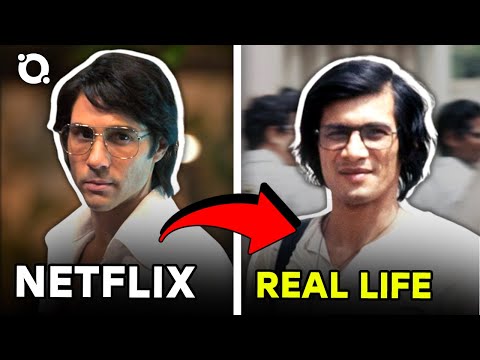