No Photoshop involved. Taken on the 14th.

Heard there are fireworks and festival for Valentine’s day at Dadaocheng Wharf on Sat/Sun 3-4 August.

Fireworks last weekend were cancelled/postponed for weather in Taipei.

What’s the Ubereats for delivering gifts?!

Actually, at least on female friend tells me they don’t really celebrate it.

I’m going to give you a big, consensual, snog.

I’m going to give you a big, consensual, snog.

I been waiting for a year already.

It’s worth waiting for, believe me. She will not say it, you think you gave her roses this year already. She wants roses, red roses!!!

The fireworks are huge-ly tonight on the river. Taipei.

Fireworks, music, food, drinks, first dates, last dates, sex, wanting sex and not getting it, all kinds of fun. 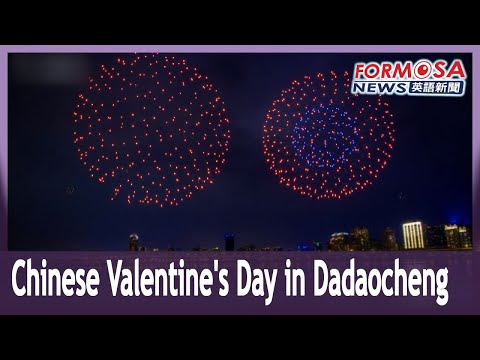 CDC sent reminder out today about condoms and lubricants. Apparently Taiwan condoms can carry two people and they are rocket powered. "Tanabata is coming In addition to expressing each other’s hearts to protect each other with gifts, you should also use condoms and water-based lubricants correctly when enjoying intimate behaviors, stay away from AIDS, and get closer to happiness." 七夕到來 除了互相以禮物表達自己守護對方的心之外，享受親密行為時也要正確使用保險套和水性潤滑液，遠離愛滋，離幸福更靠近 [1659613497196]