In general they have it under control and have the mechanism in place to deal with the outbreaks. At least they are good at protecting first tier cities.

They’re looking at swabbing arseholes in their capital city now! How’s that for “under control” and protected!

I find you confusing

WHO are such spineless CCP bootlickers. This quote is nauseating.

Earlier, member of the WHO expert team said the Chinese side granted full access to all sites and personnel they requested — a level of openness that even he hadn’t expected, the Associated Press reported.”

Oh, and they’re also attempting to give legitimacy to the CCP lie that the virus originated outside Wuhan. Evidence Covid may have emerged outside of Wuhan, WHO says

The long-awaited trip, which was delayed by China, is part of what will be a lengthy process of piecing together the virus’s origin.

What? You don’t believe unpublished papers from Chinese scientists?!?

Peter Daszak said team members had submitted a deeply considered list of places and people to include in their investigation and that no objections were raised.

This is Peter Daszak.

WHO inspector has conflict of interest in Wuhan COVID probe: Prominent...

Cheers to pandemic, one of the only Chinese products that has lasted more than a year!

Bat Woman has the blood of 2.5 million people on her hands. She makes Osama, Saddam, Idi Amin and Pol Pot all look like rank amateurs.

I think Thurton’s theory that mink farms not bat caves/labs are the origin of the virus sounds more plausible…and now this WHO team did mention minks. Problem is they also mixed cats in that mess.

We all knew this so called research expedition would be nothing but fluff. But I fear they will peddle dangerous lies or worse, by feeding the conspiracy nutcases fantasies.

I don’t believe they investigated that Wuhan Virology lab at all.
The guy has been collaborating with that lab for years and they were never given any free rein to investigate that theory. In fact it was stated that it wasn’t their job.

Did they do sequencing of samples from early on from staff that has been infected from the lab?

Of course not…Because that would be too hit to handle. The Chinese govt is never open and transparent with information . Why is the BBC taking the Chinese govt line aided and abetted by the WHO?

I’m pretty hard on Trump on a number of things, especially his domestic response to COVID, but he got a few things right about the origins of the virus and WHO that unfortunately were conflated with the more domestic side of the response which he got wrong. This is a problem with the unreliable messenger.

Most virologists and epidemiologists agree that the virus was… not man-made exactly, but tweaked and modified from an existing virus inside a lab… and most objective international observers can plainly see WHO is in China’s pocket and will not do anything that displeases Xi.

Most virologists and epidemiologists agree that the virus was… not man-made exactly, but tweaked and modified from an existing virus inside a lab

Not saying this isn’t what happened, but I’ve hardly seen this view anywhere (e.g. New York Times, Atlantic, Economist, CBC, New Yorker, Vox, “This Week In Virology” podcast). I’m sure there’s some out there who say this, but if it’s “most virologists and epidemiologists”, I’ve missed that story.

These virologists suggest that’s the prevailing theory among their peers. It really is worth watching the whole thing. 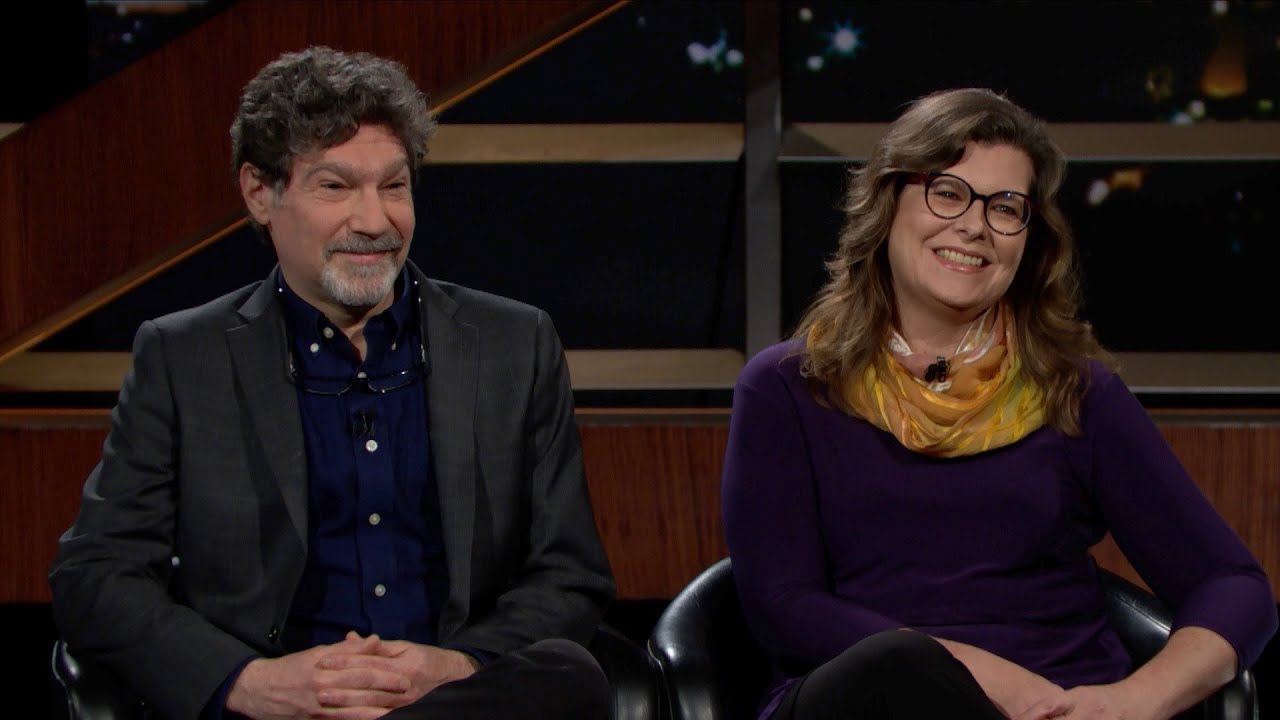 I will, and I like Weinstein, but he’s much more of a public intellectual type now, I’m sure he hasn’t done much biology for years. Kind of a weird source. Like @lostinasia, I haven’t heard anything that would suggest it’s the prevailing theory and quite a bit to the contrary.

It really is worth watching the whole thing.

Nothing much new there, except maybe their speculation that odd effects and mutations of this virus mean it could be more likely it’s the result of gain-of-function research. I’m not sure how true that might be, first off, I may be wrong, but how much do we know about novel pathogenic coronaviruses and how people react to them? Viruses do a lot of strange things and damaging viruses arise in nature with some regularity. Also I haven’t heard much other mention of that. Interested if there’s more such talk out there. Maher is wildly off base in his last sentence, it’s been entirely obvious to everyone from immediately that this could have been the result of some kind of lab escape, including the well-known US-funded gain-of-function research going on there, and it certainly has been looked at and I’m sure still is still being looked at. Maybe he meant the WHO isn’t cooperating, but he didn’t quite say that.

I had read that some experts are interested in the GOF theory because SARS-CoV-2 was already adapted to binding to human cells at the time it began spreading in human populations. It’s apparently pretty unusual for a zoonotic virus to be so well adapted from the outset.

I had read that some experts are interested in the GOF theory because SARS-CoV-2 was already adapted to binding to human cells at the time it began spreading in human populations.

That’s a little confusing–how else would it begin spreading?

This popped up and is interesting, I don’t know anything about Steve Hilton. A Wapo piece is mentioned, will take a look. 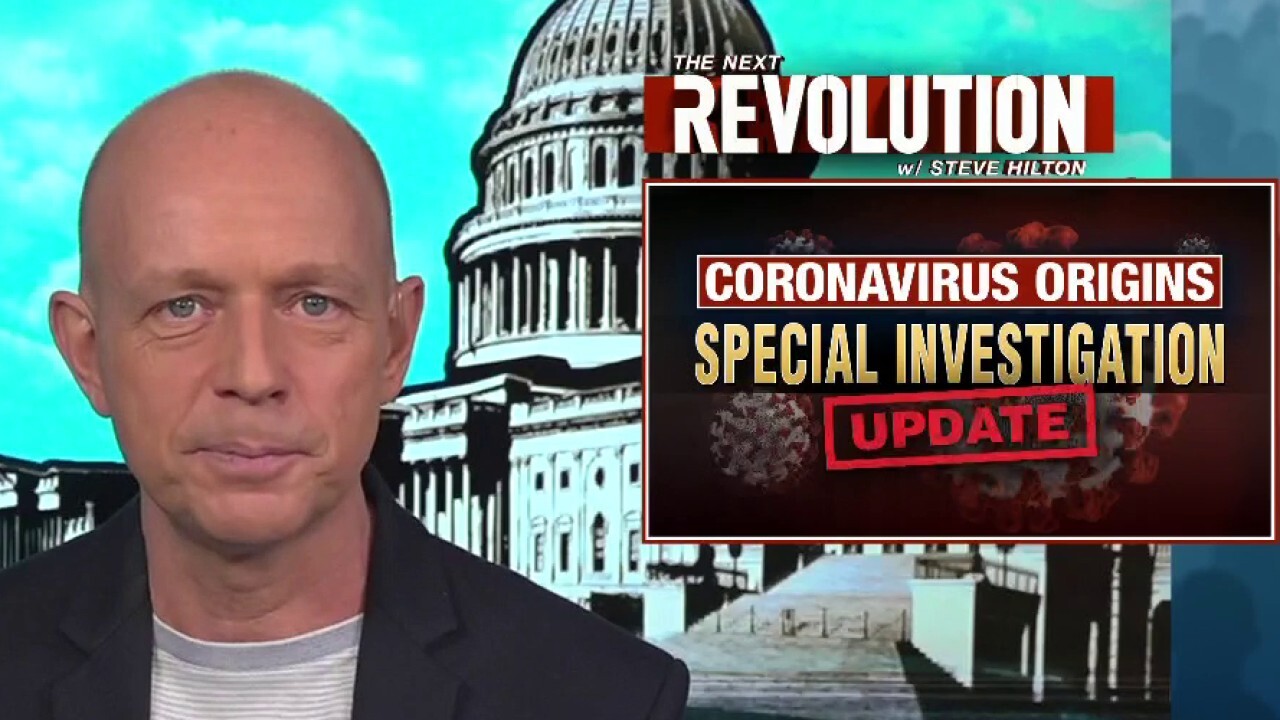 I can tell you a big part of why I think it’s the lab. Because there has been no real independent scientific investigation of staff and samples from there.
As I said they can do sequencing of samples from all the lab workers scientists.,and all the cell lines and animals there.

But they go on and on and on about the market which we all know was NOT the source of the outbreak.

I’d have to try to find the article. If I remember correctly, the thinking was based on the genetics of the virus (rate of mutation, efficiency of binding to human cells as it mutated, etc.).

It’s supremely well adapted to the humanACE2 receptor. Possibly due to passaging through human cell lines ?

Or they found some samples from Yunnan in miners, villagers there where a virus had been circulating in remote regions and it started spreading when it infected lab workers and scientists back in Wuhan.

A second portal of virus databases in China, created by the National Virus Resource Center, affiliated with the WIV, has also gone offline, with the result that all the key virus databases managed by the WIV are now offline.