And we go back to our previous discussion on availability…

The accusations so far are just that, if there was actual proof or else they would be prosecuting someone. But politics and all that jazz.

All over the world there has been profiteering from the plague. We have politicians in Germany getting a cut of purchase of ppe, for example. That is not unusual.

If there is corruption, it will end up in the cover of Apple Daily for entertainment. In the meantime, it is just political maneuvering. Nothing out of the ordinary here either.

I do believe Taiwan has to jump through more hoops to get the same stuff as the rest of the countries and that its regulations and testing may make things more expensive. And yes, some cheddar cheese to some for their trouble. But at least they are not fake vaccines. 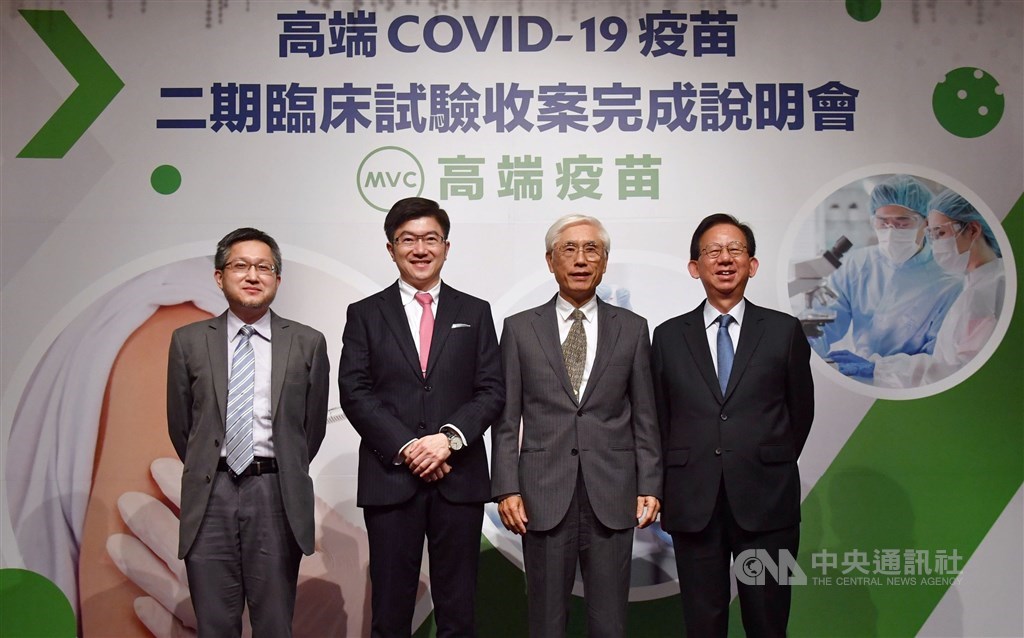 Taipei, March 30 (CNA) Over 4,000 people in Taiwan have enrolled in the second-stage clinical trial of a domestic COVID-19 vaccine, of whom around 3,700 have already received an injection, the vaccine's developer, Medigen Vaccine Biologics Corp....

If there is corruption, it will end up in the cover of Apple Daily for entertainment.

Are you implying that if corruption doesn’t make the front page of the local tabloid it doesn’t exist???

Get on the phone again with Moderna! This problem can be solved.

6 posts were merged into an existing topic: Coronavirus - Taiwan 2021

You are making it sound like it is his voluntary decision not to buy it in spite of being offered it. Isn’t it the other way round?

Asked how the company will be able to determine the effectiveness of the vaccine after only a second-stage clinical trial, Chen said that they will conduct blood tests to determine its immunogenicity.

No Western country would use a covid vaccine which has not shown its efficacy against real coronavirus, but only some “blood tests to determine its immunogenicity”. And wanting to use a vaccine only based on phase II also seems to be rather unconventional. Fortunately, there is a very low risk of covid in Taiwan. But then why vaccinate at all?

But then why vaccinate at all?

But then why vaccinate at all?

Good, but for this you need a vaccine which is actually proven to work by international standards…

By any measure Taiwan is doing great in prevention. I don’t see why they need to overpay for vaccines.

If it’s for travel, great. But nowhere have they announced that vaccinated travelers will enjoy quarantine free entry and 0 restrictions. So what’s the point of rushing in?

But nowhere have they announced that vaccinated travelers will enjoy quarantine free entry and 0 restrictions. Thailand to open Phuket for vaccinated tourists without quarantine

Do you? Or else why do you ask that question?

What I mean to say is that with such an important issue, with so many eyes on it, as soon as anything goes sideways, there are headlines, panels, torches. Turn on the TV: there are calls for transparency and those in favor/against vaccination buying at all costs.

There is talk already next year vaccines needed to adapt to the variants.

It is not just a matter of business. One of these could be The One.

So vaccination helps us buy time.

Not if those are made in China and/or have Chinese ingredients. Or have China involved in any way.

“ Other requirements are still being discussed. Visitors will likely have to show proof that they have been vaccinated and are not infected upon arrival. They may still be required to take PCR tests at the airport and install a tracing app provided by the government.”

Too complicated. Won’t work to increase tourism. Either you trust the vaccine or you don’t. Currently everyone will err on the side of caution and not put full faith in the vaccine.

Also Taiwan isn’t removing quarantine requirements. So not really convenient to I travel even with vaccines.

Thought they both are as well

1208 posts were split to a new topic: Coronavirus Vaccine in Taiwan - April 2021

A post was merged into an existing topic: Coronavirus Open Thread 2021

A post was merged into an existing topic: Coronavirus Vaccine Discussion