Things aren’t going to be “completely solved” anywhere for some time.

When I think of Covid being “completely solved”, my definition is that it has been mitigated to the point where it is no longer a greater threat than the seasonal flu. In such a case, it would continue to exist, but there would be no need for restrictions. Kind of like how the pandemic of 1918-1920 “ended”, despite the virus still existing.

Not really. The Spanish Flu was far worse than Covid, and it lasted two years. Vaccine production will continue to increase, and already 2 billion people have been vaxed.

We’re already over a year into this pandemic and the end is nowhere in sight for many parts of the world.

The world in 2020 wasn’t the world in 1918. We have many things on our side, namely vaccines.
But we also have higher population, denser cities, international air travel.

Also, the Spanish Flu was a different type of virus than sars cov 2 (influenza vs. coronavirus). They don’t mutate in the same way, hit the same people worst, etc. We don’t know how long natural and vaccine induced immunity will last, whether boosters will be needed, etc.

Anyway, don’t be surprised if vaccine passports, testing requirements, and border controls exist for years to come, even in places that are highly vaxxed.

7 posts were merged into an existing topic: Vaccine Tourism

Taiwan does not have the capability to produce mRNA vaccines. AZ or J&J would make more sense.

Taiwan does not have the capability to produce mRNA vaccines.

That bogus clinic is now dealing with the police.

I’d imagine harsh punishment—and not leniency—awaits to deter this kind of bullsh&t in the future.

On a happier note, Moderna vaccines have apparently started to be administered today: 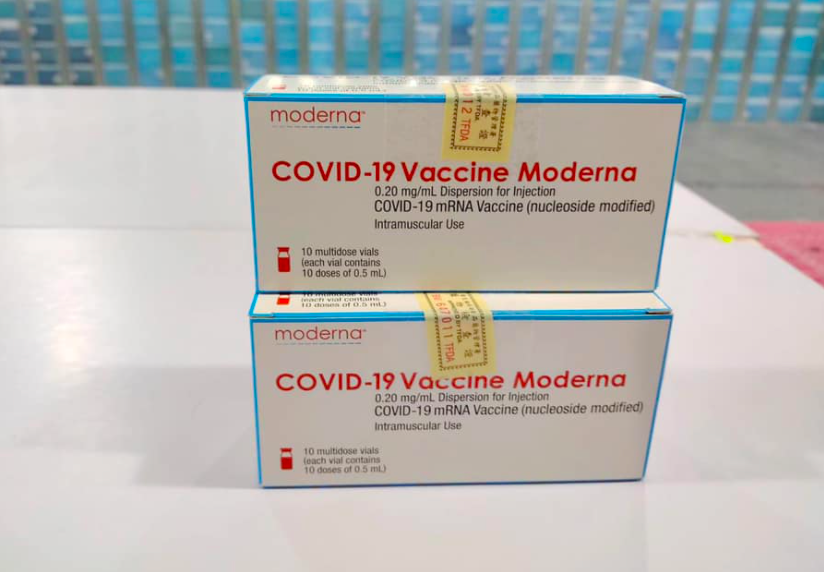 Can see this kind of stuff in small, rural clinics with little oversight, but Taipei city?!

So what else would you do that the government isn’t doing to get the vaccines?

you should ask: “What else COULD I do as a mere citizen with no extra money to spare?” Other than to plead the government to expedite the EUA process? Well sure, I could fly my family to a foeriegn country and get vaccinated, and that’s the plan we’re working on. I’m not like GUO who has a lot of legal support and money in his pocket and could just “contact” BNT to get a contract. Hell thy probably won’t even read my email.

What would I have done if I were the government? I would get that 3M vaccine from BNT from the beginning. And make sure that all the firewalls are functioning properly, I’d check and test the hotels and the flight crews, and get them vaccinated from he very beginning.

What would I do if I were the government now? First, I wouldn’t make up so many lousy excuses. If there were a vaccine shortage, I would tell people there were a shortage, not using some “authorization” as an excuse. I would sign that freaking three party contract. I would tell people that we are working on the vaccines instead of telling local governments to get their own vaccines and then mock them afterwards because they can’t get them, and the only way to get them is through the central government. And I would issue the EUA to Pfizer, Moderna, and J&J. And I would NEVER tell people to get vaccinated with a vaccine that hasn’t even passed phase 2x. And I would NEVER ask anyone to get vaccinated with a vaccine that’s not even passed phase 3 examination. And I would give a speech regarding our current situation as a president, and leave the stock market alone. That’s not something a president should meddle with.

Heads up! The Taiwan authorities have released their revised vaccination priority list (as shown in the graphic below).

If any of you or any people you know are 75 and up (or if you are Indigenous and 65 years and up), you will be eligible for vaccination starting next Tuesday June 15. 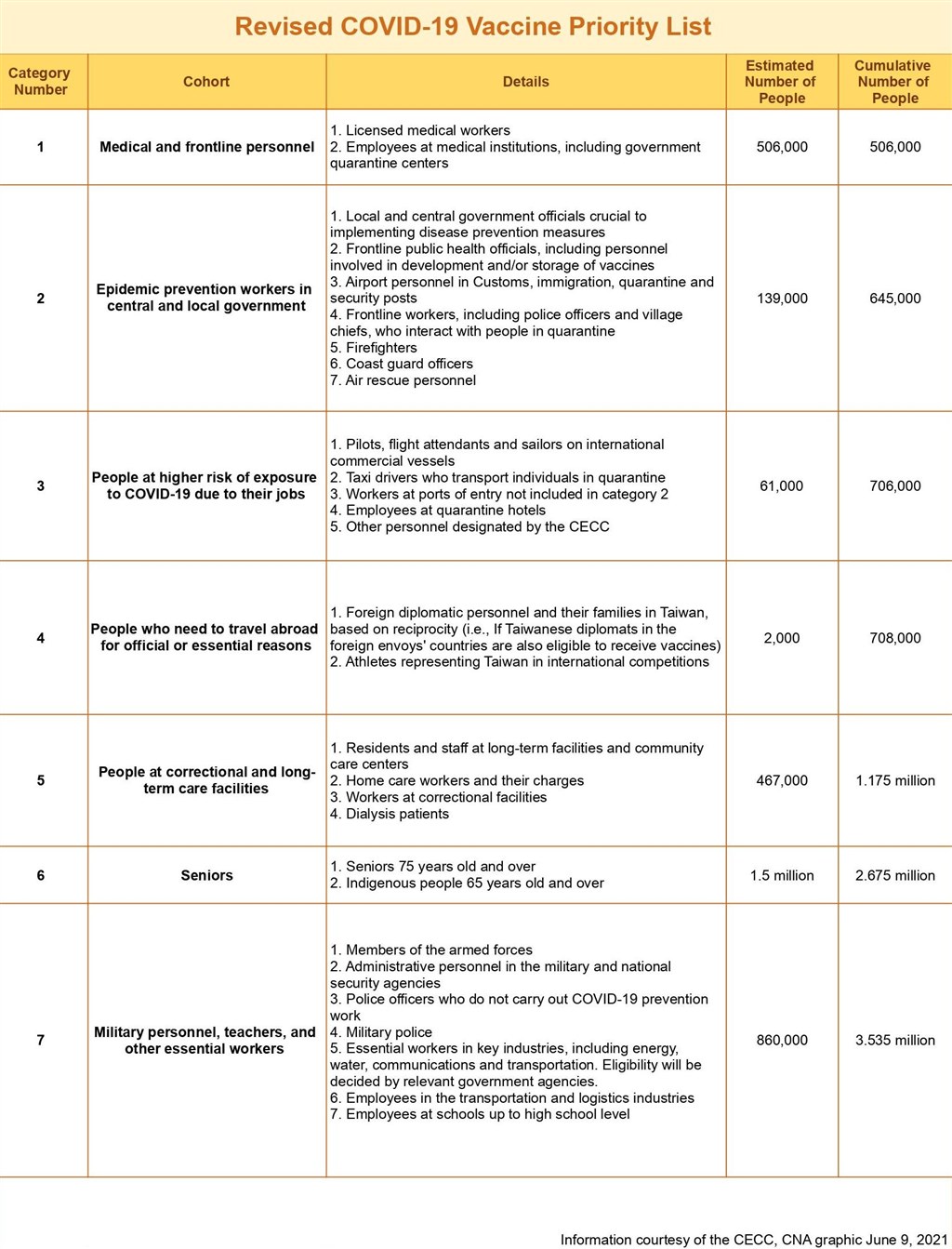 Yeah, its a ridiculous comment, but I just see it as a coping mechanism for some people in a crisis. People have a lack of agency in the situation so try to overcompensate by protecting the government.

Factually, Taiwan is behind pretty much every similar economy in terms of vaccine procurement. Korea vaccinated over 800,000 people yesterday and is on course to have 70% of its population vaccinated by the end of the August and has surplus vaccines for second doses. We are not going to really start until September and are still uncertain if the domestic vaccines will be ready in that time.

Thats the most similar economy to Taiwan and its biggest competitor and it will be at least four months ahead in getting back to normal. The whole thing is objectively a disaster.

Shouting abuse or getting angry isnt needed, but people have a right to be annoyed and you are completely right that the government should be honest about the situation. If there isnt proper discussion into why these things happen and governments are not made accountable, then they just happen again.

It says Level 7 includes teachers. Would that include us poor ESL teaching saps? (Follow up: it also says “up to highschool level”… does that mean uni instructors are excluded?)

Postsecondary teachers are not included in this level.

Postsecondary teachers are not included in this level.

Dammit… seems very unfair to give to some teachers, and not others. And illogical.

Really not surprised. The vaccines are like gold now. I expect more of this.