Odd…as everyone else I’ve spoken to who went to Mackay just got the “recommended” date written on the card, but no appointment actually booked.
Did you check online to see if the appointment is actually on the system?

The paperwork still said that we couldn’t make an appointment until 2 or 4 weeks before we were going to get the shot (I forget which), but we checked a couple of times with different people, and they confirmed we have an actual appointment and not just a recommended date.

Interesting - not what they told me at MacKay, but that was three weeks ago.

Did you check online to see if the appointment is actually on the system?

I just checked - in my case, no appointment, but things may have changed since then.

Odd…as everyone else I’ve spoken to who went to Mackay just got the “recommended” date written on the card, but no appointment actually booked.
Did you check online to see if the appointment is actually on the system?

The initial appointment they gave was for July 8.

As I said, the paperwork still said that we couldn’t make an appointment until our date got closer, but I have a confirmed appointment in the system and it was automatically made for us.

I really can’t read over 1000 posts on this thread. Can anyone tell me if vaccines are available for young people? I found it interesting to see one ‘celebrity’ in Taiwan vaccinated already since she is young.

Another question: can children get vaccinated also?

I just got vaccinated at NTUH in Taipei. I…saw some room for improvement in the procedures.

I showed up around 2:40pm for the afternoon appointment (3pm cutoff), which I booked a couple of weeks ago. Filled in a couple of forms (mostly Chinese only - English versions not available) and was given a queue number in the high three hundreds then directed to wait in a packed waiting/observation area containing maybe 80-100 people pretty close together:

Stood off to the side a bit because screw that, and waited for ~80 minutes until my number was called, getting my temperature and blood pressure taken in the meantime.

Was then called into another enclosed space with a dozen or so people before briefly seeing a doctor (his only questions were “Where are you from?” and “So you’re getting the vaccine from your own country haha”), filling in the vaccination card, and going next door for the injection. I was also given an appointment for 8 weeks in the future at this point.

Then went to the cashier to pay the NT$600. In contrast to what somebody else posted here, the cashier said that this was per dose and I’d also have to pay NT$600 at the next appointment. (Has anyone else asked at other hospitals?)

Then told to stay in the waiting room for 30 min (fortunately less busy at this point) to watch for adverse reactions, before being given the vaccination card.

Self-paid vaccines were made available due to the really poor uptake of vaccinations from people in priority groups 1-6. So if you are 18 and older you can register for self-paid (自費).

So glad I got mine last week!

Me too. I had always planned to get it as soon as it was available to me. When I learned that Taiwan was offering a self-pay option so I could skip the slow-moving queue, I jumped at the chance.

State of the art social distancing at work🤦‍♂️ The CDC will need to address this once it has done the most severe firefighting with the current outbreak and ideally even before this. Would be a very bad headline that somebody went to get vaccinated and in return got infected…

All hospitals in Taipei taoyuan are booked full.

If an adult and an under-18 leave Taiwan am I correct in assuming that the vaccinated adult would face a week quarantine upon their return, but the unvaccinated under-18 would face 2 or 3 weeks quarantine? Would that also mean that the child would be separated, for a period, from the adult?

The shortened quarantine is a trial for a limited number of people which if I remember correctly has recently been limited even more and given recent events might well be further limited or entirely abolished/put on hold. In any event, even if the plan were to go ahead as originally planned, there is absolutely no automatism 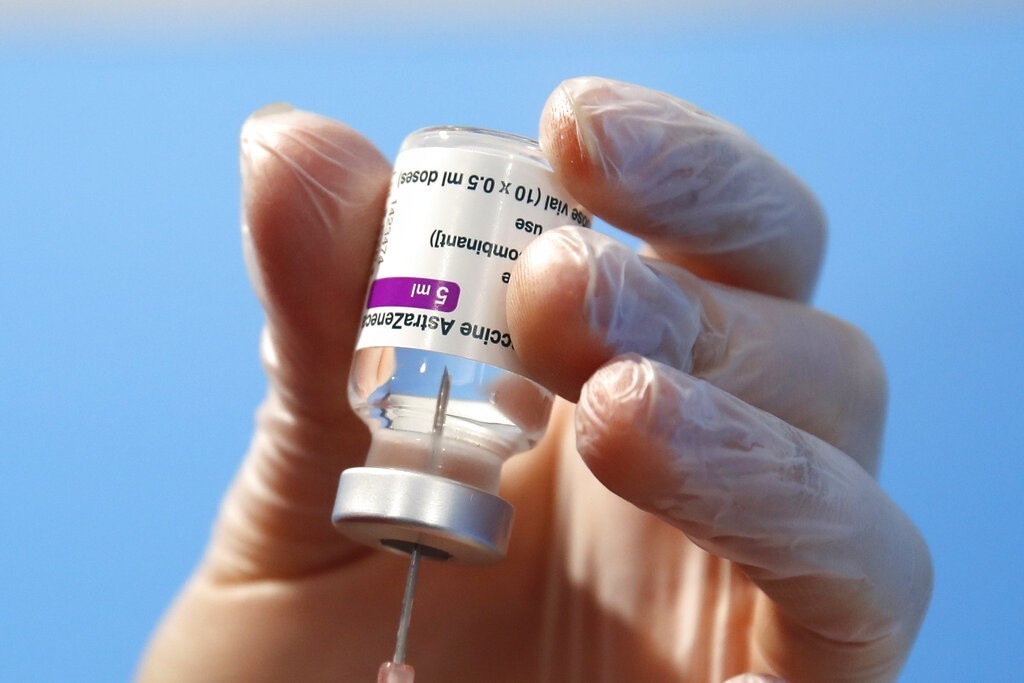 Taiwan to trial 7-day quarantine for those vaccinated in May | Taiwan News |...

This is also my worry. I was hoping to get back to the UK, but it seems unlikely now.

I just spoke to her on Skype and her heart failure is clear to see. I’m going to bite the bullet and go back in July regardless of the quarantine period coming back.

I’m just worried Taiwan will close down outgoing flights. Hope you can make it out before governmental panic measures set in.

My mum also has heart issues.

Sorry to hear that. Hope you can make it home we’ll and see her.

There’s no basis for this concern, unless you expect nonstop to the UK and the UK remains mired in the pandemic (which looks very unlikely given current infection rates there).

Do expect to pay premium fares though . . .

There’s no basis for this concern, unless you expect nonstop to the UK and the UK remains mired in the pandemic (which looks very unlikely given current infection rates there).

Logic, so far, has not played any part in COVID decisions generally. So I’m not expecting miracles.

The UK side will probably be fine. I’m more worried about how things are going to play out in Taiwan.

Funnily enough the fares seem to be about average.

Time will tell. If tomorrow’s infection numbers are lower than today’s, that would be a good sign that we’re beginning to contain this.