Do you support implementing vaccine passports?

Then you are feeling secure without any justification. Don’t you worry that your seatmate is carrying bubonic plague? Or a novel variant of COVID-19 for which the vaccine is useless? Or that they’re one of the 10%+ for whom the vaccine didn’t even work? Or that the mechanic didn’t replace the widget in the engine that will save you from a fiery death on the side of a mountain? Or that, because the planet is obsessed with COVID-19 and is ignoring absolutely every other threat to humanity, there are three terrorists flying the plane?

If you want to put your faith in magic potions that’s up to you, but it’s not reasonable to expect everyone else’s life to revolve around your personal phobias.

Mass vaccinations in Phuket are taking place so they can reintroduce tourism and be free from diseases.

But I was talking to my girl in Pattaya, and she told me that they will roll out the vaccines on April 29th.

Western culture is lying dead in a ditch, and there are a lot of people lining up to spit on the corpse.

I believe you have a very good point about people focusing too much on one problem at the expense of every other problem that exists in the world.

What puzzles me about your viewpoint is, when you speak of western culture/civilization being dead and its archrival having “won”, it’s like… a man staggers into an emergency room mumbling something about getting bopped on the head, and the doctor instantly pronounces him dead and calls the organ people. Dr. Evil down the street would at least wait for the patient to pass out first. Not even waiting? That’s just beyond.

My point here is that once you destroy something culturally valuable, it’s very hard to get it back. It is, for all practical purposes, dead. You are aware, I’m sure, of the Hundredth monkey effect - Wikipedia? The UK specifically has destroyed three things:

These are not minor injuries. The patient is in the ICU, in a coma, with half his limbs missing and tubes shoved up every orifice. You can’t just switch businesses on and off. Depression and paranoia can’t be restored by decree.

We have mindlessly accepted governments taking near-dictatorical powers upon themselves in a manner which is almost certainly illegal. Where the law imposed hard limits on what they could do, they’ve actually lied to people or misrepresented the nature of statute in order to achieve compliance; for example Boris Johnson and Matt Hancock implied, during press briefings about the COVID-19 emergency legislation, that it was far more prescriptive about what people could and couldn’t do than it actually was, and told the police that they have powers that they actually don’t.

We now have a large number of people supporting this subversion, and even with the long-awaited magic vaccines on the scene, they’re still calling for completely irrational enhancements to government power. As per the contents of these various COVID-19 threads.

You might say, meh, the circumstances demand it - which is arguably true - but there’s a reason we avoid demolishing hard-won freedoms: you have to win them all over again. 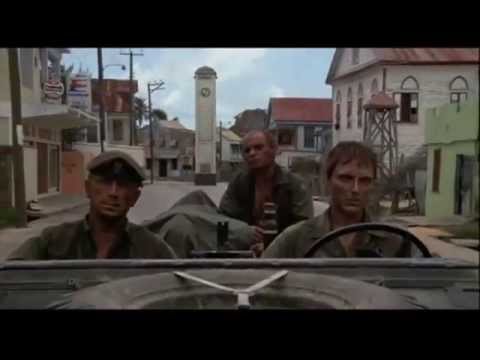 I’m not sure what you think Democracy’s arch-rival is, so I’ll be specific about my belief : the opposite of Democracy is chaos. It’s what you get in those crappy countries where governance is a hobby for the well-placed, the mean-minded, and the stupid. Westerners think it can never happen to them because Westerners are inherently superior to (say) Liberians. But they are not superior. They are the same. And it can happen to them. Oops! RNC Isn't Quite Up To Speed With GOP's Latest Culture War

If it is backed by scientific study yes. If it is just to please the crowd no.

I’m not sure what you think Democracy’s arch-rival is, so I’ll be specific about my belief : the opposite of Democracy is chaos.

The End of Western Civilization

In the meantime, China is still on the ascendant. This really means only one thing.

They’ve won. It’s game over. All your base are belong to us.

You have an awfully strange concept of victory.

So, what now? Westerners are going to flee to China as refugees? NATO will be dissolved? The UN will move its headquarters to Beijing? I really don’t see a coherent argument here.

To be clear, I’m not saying your lockdowns-are-bad argument is in any way incoherent. I’m just saying your it’s-all-over argument (or your the-west-is-the-worst-and-China’s-the-king-of-the-castle argument to be precise) makes no sense to me. It’s “still on the ascendant” and so what? Economic growth =/= victory.

It seems to me that you were suggesting, with your man-bopped-on-the-head metaphor, that nobody is dead and nor is anybody likely to be dead. If I’ve missed your point then it wasn’t a very good metaphor.

You have an awfully strange concept of victory.

It’s not me fighting the war. I’m just sitting here eating my popcorn and waving my crappy little flag from the sidelines.

Obviously, in war, one side has a concept of victory that’s completely unfathomable to the other. Otherwise they’d both be trying to find a win-win scenario instead of fighting.

China’s concept of victory is, and has been since 1842, very consistent: the humiliation of Western powers, and particularly the British. It has been spoken out loud in various ‘unguarded’ moments. A fair fraction of ordinary Chinese people have been brainwashed with the same goals. It has now been achieved. By the UK’s own admission, they’re facing the worst recession (and also the worst political upheavals) in living memory. Possibly since 1842. And they did that to themselves. The CCP must be laughing themselves sick. How are the mighty fallen!

I’m tempted to do another fred smith here (“hahahahaahhhaaaaaa”), but I’ll give this a shot. It absolutely does mean victory if you make everything that your enemy depends upon, and if your enemy has systematically dismantled his own capacity for making those things. I think Russia demonstrated this principle, in a fairly minor way, in 2006.

Post-Brexit, the British have realised that hubris alone isn’t sufficient to secure supplies of food, energy, and consumer goods. You need to be at least marginally competent, you need to have some functioning farmland, some (say) North Sea oil and gas - oops! - and some industry that isn’t owned and operated by foreigners.

Phil the Shill said it best

Dark and grey, an English film, the Wednesday Play
We always watch the Queen on Christmas Day
Won’t you stay?

Let’s skip the news boy, I’ll make some tea
The Arabs and the Jews boy, too much for me
They get me confused boy, puts me off to sleep
And the thing I hate, oh Lord
Is staying up late, to watch some debate on some nation’s fate

Hypnotized by Batman, Tarzan, still surprised
You’ve won the West in time to be our guest
Name your prize

Blood on the rooftops, Venice in the Spring
Streets of San Francisco, word from Peking
The trouble was started by a young Errol Flynn
Better in my day, oh Lord
For when we got bored we’d have a World War, happy but poor
So let’s skip the news boy, I’ll go make that tea
Blood on the rooftops, too much for me
When old Mother Goose stops and they’re out for twenty-three
Then the rain at Lords stopped play
Seems Helen of Troy has found a new face again

But that’s just a goalpost shift to Britain is dying/dead. People have been saying that since WWII, even since WWI, and if Britain = the British Empire, then yes they had and still have a point.

I think Russia demonstrated this principle, in a fairly minor way, in 2006.

Sorry, which incident are you referring to?

I was using the UK as an example because it’s the country I’m most familiar with, but I don’t see anything remarkably different happening in the US, or (say) France. Do you?

I think Russia demonstrated this principle, in a fairly minor way, in 2006.

They switched off the gas. China could do the same thing with food or widgets - should they feel so inclined - and cause a similar level of pain.

and particularly the British.

Someone has delusions of grandeur. I don’t think the Chinese think about Britain that much.

They switched off the gas.

And forced European countries to do what they wanted to do anyway. Any Russian switching off of gas supplies would hurt Russia much more than western Europe

I’m not sure how either of these comments relates to my original argument. You’ve quoted me, but you seem to be having a conversation with someone else on a different topic.