It’s strange that America’s first black president and a Nobel Peace prize winner would have taken to drone lynching with such gusto.

[quote]I thanked President Obama for the United States’ work in supporting education in Pakistan and Afghanistan and for Syrian refugees. I also expressed my concerns that drone attacks are fueling terrorism. Innocent victims are killed in these acts, and they lead to resentment among the Pakistani people.[/quote] – Malala Yousafzai, an advocate for girls’ education and the target of a Taliban assassination attempt who was nominated for the Nobel Peace prize

You should ask Muzhaman about this… I know HOW concerned he was regarding abuses of human rights by US presidents… THIS is bound to be of IMMENSE interest to him… Why it it not like his core values would change just because of an arbitrary date on which an election occurred, right? RIGHT?

You’ll find that the issue of drones is one that most liberals (at least the ones I know in real life, read in blogs and interact with on forums) are very concerned about: the vast majority of us are opposed to it. We also understand that Obama is not a liberal; he’s slightly right of center, and we do not like the fact that he is not a progressive; we do not like the fact that he’s spent the last 5 years capitulating to the Republicans and perpetuating many of Bush’s policies.

But the pragmatic among us suck it up because we realize the alternative candidates in either election would have been worse* by many orders of magnitude. Had McCain or Romney won, you bet your ass that the use of drones would be going on right now at the very least to the same extent as under Obama, and more likely much more so.

*And not just in terms of drones, but in pretty much every issue: healthcare, abortion, gay rights, the environment, war, privacy, …

Switch left for right and conservative for liberal, and this is pretty much what avid Republicans were saying about Bush during his second term. Let’s face it: Americans want a lackluster, middle-of-the-road president.

I think I only encountered one Republican ever who complained about GWB when he was in office. The rest worshipped the ground that the Sainted-One-Who-Could-Do-No-Wrong walked on until his last day in office.

Interesting. I don’t know a single Republican who thought Bush was doing a “good” job during his second term. The most positive I ever heard was acceptable or could be worse.

Its sad that this happened, but it is what happens when a once stoic nation has bought into the boogeyman hook, line and sinker.

Any leader who doesn’t toe the line will be considered weak on terror or whatever other fear du jour.

Shame on Obama for not being against murder, but the reality of public perception is that if he doesn’t do it, and an attack happens, this ‘softness’ will be seen as the reason.

Shame on Obama for not being against murder, but the reality of public perception is that if he doesn’t do it, and an attack happens, this ‘softness’ will be seen as the reason.

So… its not his fault? Because, Obama is awesome!?

Switch left for right and conservative for liberal, and this is pretty much what avid Republicans were saying about Bush during his second term. Let’s face it: Americans want a lackluster, middle-of-the-road president.[/quote]

Sure! People as a whole want someone who won’t rock the boat too much. Center-field works well because it is what most people can agree on as not too far from their comfort zone.

Obama and Bush agreed on a lot of policies because they were pragmatically useful.

Anyone who wants to undertake an ideological renovation of America (like the Tea Party) would just be starting a big fight.

My wish is that centrism becomes more of a non-ideological philosophy of government, that people see that being moderate and balanced is simply more effective than righteous ideological wars that only increase their rivals’ motivation.

The only problem with that in modern American politics is that religion is so strong in the States. You have the religious right and they are so powerful and organized on issues like abortion that there is very little ground for compromise. I am amazed that they have relaxed so much on LGBH rights, and welcome it.

The Right should be so lucky that they got such a hawkish Democrat.

It is completely ridiculous to try to lay blame on the Obama administration for utilizing drones. First off you’d have to be a fool to believe Obama controls the military. That would be as silly as thinking the Queen of England controls economic policy. Secondly, the only reason Obama is using them more than anybody else is because the technology happened to have made significant advancements during his term. If they were viable 10 years earlier, Bush would have rolled them out en masse as well. Any President going back through history would be doing the exact same thing.

Personally I don’t support the use of drones. I think the world would be a far better place if we had to fight wars with bows and arrows, but the reality is countries will use the best weapons they have at their disposal.

that people see that being moderate and balanced is simply more effective than righteous ideological wars that only increase their rivals’ motivation.

I really want to agree with this statement, but sometimes “ideology” is needed when you’re fighting on the right side of history. A “moderate” will do little in regard to advancing gender equality, marriage equality, or immigration reform, and will sway back and forth over tricky issues like whether to condemn a wicked authoritarian or condemn the terrorists fighting against him.

In a fair and equal world, we would need a moderate leader. The world is neither fair nor equal.

It is completely ridiculous to try to lay blame on the Obama administration for utilizing drones. First off you’d have to be a fool to believe Obama controls the military.

From our use of drones…, the decisions that we are making now will define the type of nation — and world — that we leave to our children… So it is in this context that the United States has taken lethal, targeted action against al Qaeda and its associated forces, including with remotely piloted aircraft commonly referred to as drones… And that’s why, over the last four years, my administration has worked vigorously to establish a framework that governs our use of force against terrorists –- insisting upon clear guidelines, oversight and accountability that is now codified in Presidential Policy Guidance that I signed yesterday… Now, this last point is critical, because much of the criticism about drone strikes — both here at home and abroad — understandably centers on reports of civilian casualties. There’s a wide gap between U.S. assessments of such casualties and nongovernmental reports… But as Commander-in-Chief, I must weigh these heartbreaking tragedies against the alternatives… And as President, I would have been derelict in my duty had I not authorized the strike that took [Anwar Awlaki] out…

Don’t tell me you think the tea party is responsible for all those drone attacks?

Tigerman do you really think Obama controls the military? :roflmao: Like Obama can just say to the Joint Chiefs and Generals, hey guys I know you like using these drone things but I don’t believe in them, sorry. It’s more like they say to him, here’s what your going to do Mr. President, now run along and make an announcement to the media, here’s a script we’ve prepared for you.

If you believe the President controls military decisions I have a bridge in Brooklyn for sale… The President is America’s version of the Queen. Nothing more than a figurehead. I’m sure there were times in days long past when the Presidency actually did mean something, but what decade are you living in?

Well considering he’s the commander-in-chief, I’d say yes, he is in charge of the military. If you want to argue that well-known fact and ridicule people for providing evidence of it, please provide some of your own

Tigerman do you really think Obama controls the military?

I cited the US Constitution. What have you got?

This always cracks me up: 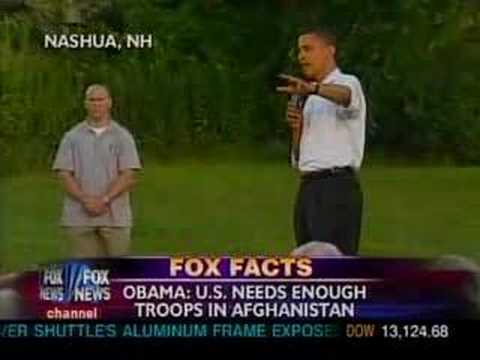 Personally I don’t support the use of drones. I think the world would be a far better place if we had to fight wars with bows and arrows…

Because civilians and other innocents never suffered in any war in the past?

Maybe wars should just be fought with trade and economics… That’s kind of the trend in the civilized world these days.

Maybe wars should just be fought with trade and economics… That’s kind of the trend in the civilized world these days.

mercantilism. The winner is the one with the last escudo

Maybe wars should be fought with kittens, sweet sweet kittens… Sweet mutant drone kittens with laser beam eyes, sharks for paws and a rabid chipmunk for a tail. Halliburton can whip a few up, I’m sure.

Because if we just use the right weapons it’s all so palatable, right? In no way does starving children with economic sanctions, or bleeding them out from arrow wounds hurt as much as drone attacks.

Or maybe we should stop trying to use force to bend others to our will since so far it’s not worked out all that well.