Dual Citizen with 僑居 Has Questions about Military Service

I know that I’m not obligated to serve unless I remain in Taiwan for 90+ days. I basically want to set an example for my Taiwanese family about service’s importance. I just have a couple of questions.

A post was split to a new topic: Why so much emptiness?

To the best of my knowledge, both no.

Do I have a choice of where to serve? I would love to work in ITRI, but I also want gun training. I have data science skills.

it might be done by R&D Substitute Services (研發替代役) for 10 months maybe 3 years and some more restrictions, if you are qualified and accepted. 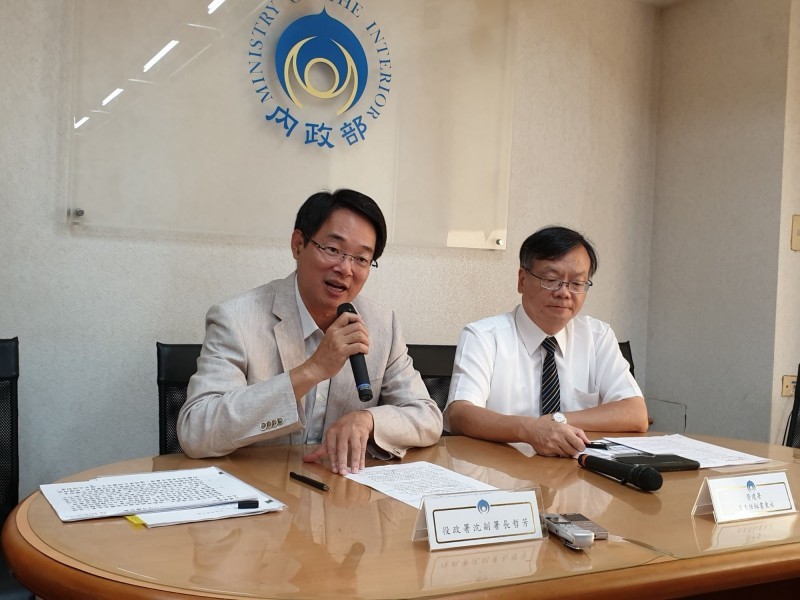 I think it’s great that you want to serve in the military. It can be a good experience but I think if you are not planning on living long term in Taiwan it would be a waste of resources. Would you go back to Taiwan to serve if there was a war?
What about joining the US military and aquire different skills that might be more useful if you needed to later serve in Taiwan.
As for the weapons training, I dont think you would get a lot of weapons training as a conscript l. I’ve heard it’s very minimal.

It depends on the unit you end up in. If you get deployed to a base 下基地, you will get more weapons training than you ever want. My unit never gets deployed that way since my unit was a non combat unit so I never got much weapon training.

But at the very least you’ll be given familiarization training on the SAW, FN Magnum (M240 equivalent machine gun) and the ma deuce.

Is that a m240 or an m249. It’s been awhile but I thought the m249 was a saw (squad automatic weapon) and the m240 was vehicle mounted or crew served. I did some of the early modifications on the m249when the US adopted them in the 80’s-early 90’s it was quirky but pretty well liked.

I meant M240, the LMG that shoots 7.62 NATO. Taiwan’s version was the FN Magnum. Some not manufactured in Taiwan are in fact from Belgium and says FN Mag on it. If they are a clone made in Taiwan it’s called the T72 (or something I don’t quite remember the number) machine gun. They are platoon level machine guns.

The SAW used in Taiwan is not even an American SAW but a FN Minime. Shoots 5.56 and is a squad level weapon. We even call it “squad machine gun” which is not far off from SAW.

As I was in a non combat unit all I did was familiarization drills on it, no live fire. If you however get sent to a combat unit you will fire them almost all the time. Buy your own earplugs before going back to your unit when you are on leave. None will be provided and those things are LOUD and will cause hearing damage if you don’t use them.

I know I go deaf for 3 seconds every time I pull the trigger on a T65K2 rifle without an earplug. This is not Hollywood. Platoon machine guns are going to be much louder and if you ever fire a Ma Deuce it’s going to be deafening. My dad has hearing difficulties because of his years in the Army.

They don’t yell all the time in the Army for nothing. If you’re doing artillery you are not going to have very good hearing after a few salvos.

Yup you are absolutly right. The m240 mag in US service is a bit after my time but I shot one that the Brits were using once. You know I never thought about why they called it an fn mag. I never thought “magnum” . That’s pretty interesting.
I’ve lost about 60 percent of my hearing from shooting without proper hear protection. I dont miss the hearing but the constand ringing will make you crazy.
It sounds like you know your firearms.

My dad spent more than 20 years in the Taiwanese army and he says he gets that ringing that will never go away.

I used to play around with guns back in the states. But I often shot in indoor range and ear protection is required but the earmuff they give you won’t do the job so you have to buy earplugs to wear under the earmuffs. Any battle rifle caliber will cause permanent hearing damage if fired indoor since the sound gets reflected back. I believe the threshold for permanent hearing damage is something like 110db and gunshot is over 140, possibly 150. I have also read hearing damage is the most common VA claims.

By the way I guarantee you your hearing damage will get worse as you get older. Ever since my dad retired he complain about the ringing and there’s nothing doctors can do about it. And now he can’t hear anything high pitched like alarm clocks. They used to fire T57 rifles in his days, those are basically M14 clones. No hearing protection of course because your enemy isn’t going to wait for you to put on earmuffs. Having ringing is probably better than dead…

Does Taiwan accept one nationality or citizenship only?

Does Taiwan accept one nationality or citizenship only?

Why do you think the service is important? and why do you think should be obligation by law? I think the oppposite and if I ever have a kid in Taiwan I would like him to not do it or at least him to choose.

I have a Taiwanese friend who lives in Nevada, USA and she has a son who wants to serve in the Taiwanese military after college graduation. Does he qualify to serve as he is an American citizenship born in the USA?

Does he qualify to serve as he is an American citizenship born in the USA?

if he has a Taiwanese citizenship too.

His mom I believe hasn’t applied for him yet.

If it’s three years, then I think I need to consider it a job.

It depends on the unit you end up in. If you get deployed to a base 下基地, you will get more weapons training than you ever want. My unit never gets deployed that way since my unit was a non combat unit so I never got much weapon training.

But at the very least you’ll be given familiarization training on the SAW, FN Magnum (M240 equivalent machine gun) and the ma deuce.

My cousin said all he did was scrub toilets for a year.

Was he in a combat unit? What was his MOS?

It makes a lot of difference what unit you end up in. If you really want to get weapons or explosives training volunteer or do whatever it takes to get into a combat unit. Motorized infantry 200th regiment is a good bet for this. The good part is, nobody wants to be in a combat unit because it SUCKS big time. Like marching from Kaoshung to Xinzhu on foot several times a year, in full BDU and combat gear (hint: it’s not very comfortable at all). Everyone’s worst nightmare is either going to an outlying island like Kimmen or going to any combat or jungle warfare unit.

People would kill to scrub toilets for a year. Because that means no war games, training, exercises, etc… Like being in headquarter company at any induction center. All you do is sit there counting equipment and cook the food. No training, war games, exercises, just whatever needed to maintain the unit or the base (sometimes you have to stand watch). Worst my unit ever did was going to the mountains for a few hours to help clean up after a typhoon. It’s boring as hell though so if you want an exciting military life (very few Taiwanese want it, but it’s forced on him depending on what the lottery lands on), pray you get picked for units that participates in Han Guan war games. It’s all live fire there. They literally treat it like combat missions. Oh and when there’s a Han Guan, you don’t go on leave, it’s all canceled.

According to Wikipedia, employment with ITRI is with 國防役 and it’s 4 years.