Effectiveness or otherwise of Ivermectin for early COVID treatment

So if I actually end up in the hospital, and my doctor actually decides to give me some viagra, because he has read online that it might help - don’t you see any ethical issue about that?

Doctors don’t “decide to” do things like this. They ask you if you yourself would like to try a still-experimental intervention, and then they get you to sign a consent form. If you don’t want the drug then you say no. So no, there aren’t any ethical issues here.

Where would be end up if every doctor could just randomly decide to try out some medication because he “feels like” it might help?

Um … they can. Ordinarily. As long as they have some justification and (as above) they explain to you what their intentions are an seek informed consent.

There are already some treatments out there which are proven to work in increasing chance of survival. Not applying one of those treatments in favor of trying out an unproven one is also unethical!

Well, look. Kory and his team are asserting that this has been proven in multiple populations, and indeed is being recommended by various national authorities. So I dunno where you get “unproven” from. If you think Kory et al are lying through their teeth, then you (a) need to show some evidence and (b) you need to explain what on earth their motivation might be. Putting your career on the line for something that you believe in is very difficult. Doing the same thing for something that you know (in your heart of hearts) doesn’t even work would make you certifiably nuts.

Besides, as mentioned above, the dose of the medication would probably need to be much higher than the established safe doses.

What do you mean “probably?”. Kory and his team have established a useful dose at somewhat less than the antiparasitic dose. They suggest that the widespread use of ivermectin as an antiparasitic probably explains the extremely low number of cases/deaths in Africa.

EDIT: you’re right that they’re recommending high doses in critical cases. This doesn’t appear to be true for prophylaxis.

That is not the approach that has been taken towards vaccines, though, is it?

They were granted EUAs. They did some testing, but not the expected suite of testing. And the reality is that it was assumed a priori that they would be safe; no alternative treatments were even considered. 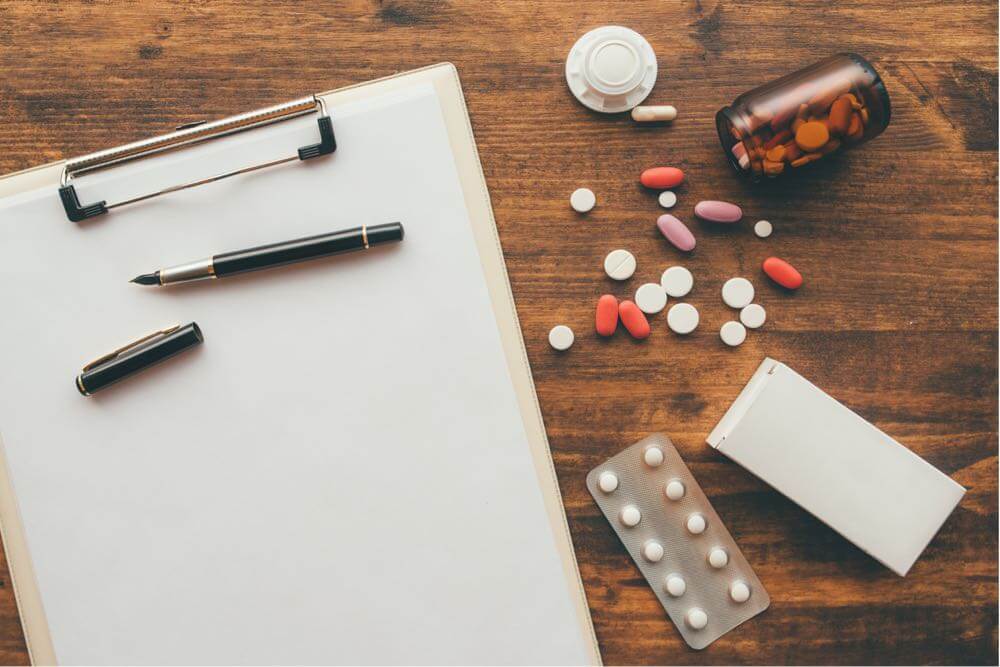 Off-Label Drug Use: Why Do Doctors Prescribe Them?

Prescription drugs that are prescribed for uses not approved by the FDA are considered off-label. This common practice can fill unmet medical needs but can also be dangerous.

Perhaps you’re from a country where it isn’t true, but in most locations physicians are granted wide latitude for prescribing. The only difference with off-label prescription is that they expose themselves to a higher risk of lawsuits if there’s a problem, which means there’s a strong incentive to make sure of their facts.

Nobody is talking here about just giving out random pills to see what happens. The evidence of efficacy and safety is there. The conversation is about the deliberate restriction of ivermectin - telling patients that they cannot have it.

I think it’s also worth pointing out that an RCT can be designed to fail, either deliberately or inadvertently. Kory mentions the example of steroids in this regard.

If you think Kory et al are lying through their teeth,

I never said they were lying.
I still believe, however, that when it comes to giving medicine to patients, one should never rely on the opinion of a single person or small group of people, but instead trust the consensus of the medical community (using an evidence-based approach).

If you think Kory et al are lying through their teeth, then you (a) need to show some evidence and (b) you need to explain what on earth their motivation might be.

And that’s exactly not how evidence-based medicine works: If you want to establish a treatment as safe and proven, then you need to prove that. And not tell others to disprove that it’s effective and safe…

They were granted EUAs. They did some testing, but not the expected suite of testing

The studies were still much larger than any of these Ivermectin studies I have seen. That’s why it took months to get these vaccines approved!

Perhaps you’re from a country where it isn’t true, but in most locations physicians are granted wide latitude for prescribing. The only difference with off-label prescription is that they expose themselves to a higher risk of lawsuits if there’s a problem, which means there’s a strong incentive to make sure of their facts.

Interesting - the US seems to be much more open when it comes to off-label usage.

Looking at some info about the UK (which you “accused” of hindering Ivermectin adoption):

That seems to be much more restrictive that the US - the data that using Ivermectin is most appropriate compared to other forms of treatments is simply not given yet!

Personally, I see this “off-label” usage as something that should be avoided and reduced as much as possible and only be allowed under very strict observation and guidance. However, I think my opinion on this general topic explains why we disagree on this specific topic. 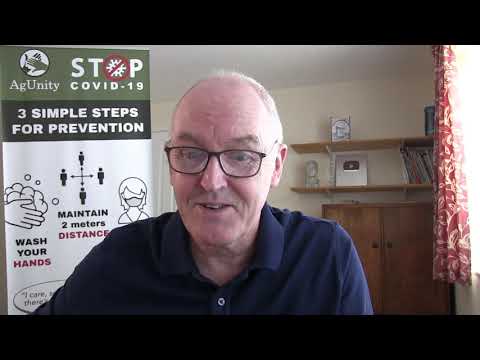 Interesting - the US seems to be much more open when it comes to off-label usage.
Looking at some info about the UK (which you “accused” of hindering Ivermectin adoption):

Before the existence of NICE, the US and the UK had similar attitudes to prescribing. One of the things Kory is complaining about in the video is the existence of these organisations populated by desk jockeys (his words) who invariably have no experience at the coal face, or at best are not looking at the clinical presentation of the specific things they’re making rules about, and therefore can’t see the big picture.

I believe these organisations have a valid role, ie., to collate and summarize research so that doctors don’t have to trawl through stuff for themselves. IMO, though, they overstep their bounds when they start telling doctors what they should do. The ostensible reason they’ve recently taken such powers upon themselves is to guarantee consistent care for patients whereever they go; the downside, though, is that by taking away the power of clinicians to make on-the-spot judgments, they hamstring legitimate research and eliminate doctors from the conversation about what works and what doesn’t. This is one of the reasons so many doctors (and nurses) are becoming disillusioned with the profession and leaving.

A related problem (which again is discussed in the video) is the delegitimisation of ad-hoc research. It used to be quite common for doctors to write up case notes, which might lead other doctors to pick up the threads and generate innovative treatments. This isn’t done anymore; today, what’s supposed to happen is for doctors to notify “the authorities” if they spot something funny going on (either in a positive or a negative sense) and then TPTB will make some decision and pass it down from on high. This effectively filters out a whole load of rough-and-ready (but perfectly valid) observations, and shuts down the intellectual chatter between peers that has the potential to drive innovation.

People forget that medicine isn’t a pure science. Sure, science is involved, but as practiced, it’s an art and a technological toolkit. RCTs and suchlike have their place, but in other fields of technology that isn’t the way progress is made. The development of technology has its own intellectual toolbox, which is more varied than the tools of hard science.

where did you buy your Ivermectin?

There are multiple mechanisms by which ivermectin is thought to exert its anti-viral effects, with the least likely mechanism that of the blocking of importins as theorized in the Monash study above. These other mechanisms are not thought to require either supraphysiologic doses or concentrations and include

The main reason is, it is expensive to run a big RCT. And big pharma does well to make sure this doesn’t happen (buying out Merck as first step).

Anyone investing 1-2 million USD could do so. Actually look at how much they discredited Astra Zeneca, which is too cheap. There are loads of lobbyist trying to get every developed country on the mRNA train, cause that is hard to replicate, and huge money to be made. No conspiracy, no nothing. Just the normal lobbyists doing their work.
The comparison should be kinda useless but super expensive medications being approved. That was right in the interest of the vaccination manufacturers. Show that they are the cheap alternative.

The theory that ivermectin would need supraphysiologic tissue concentration to be effective is most strongly disproven by the now 24 controlled clinical trials which used standard doses of ivermectin yet reported large clinical impacts in reducing rates of transmission, deterioration, and mortality.

They discuss this a little in the video. Whatever the effect is, it doesn’t seem to be (entirely) dependent on the antiviral effect that was originally observed in vitro. As you suggested, something else seems to be going on; probably multiple somethings.

Got my shipment of 60 pills in the mail today.

Can you tell me where you bought that? All the online drug stores that I know are reputable say sold out

Download the image and use images.google.com to reverse search.

Those are from India.

And the censorship begins…

My June 1st discussion with Dr. Pierre Kory of @Covid19Critical on the DarkHorse Podcast has been removed by @YouTube for allegedly violating their Community Guideline against "Spam, deceptive practices and scams". The channel was given a warning, the first step toward removal. https://t.co/svISJEKjjt 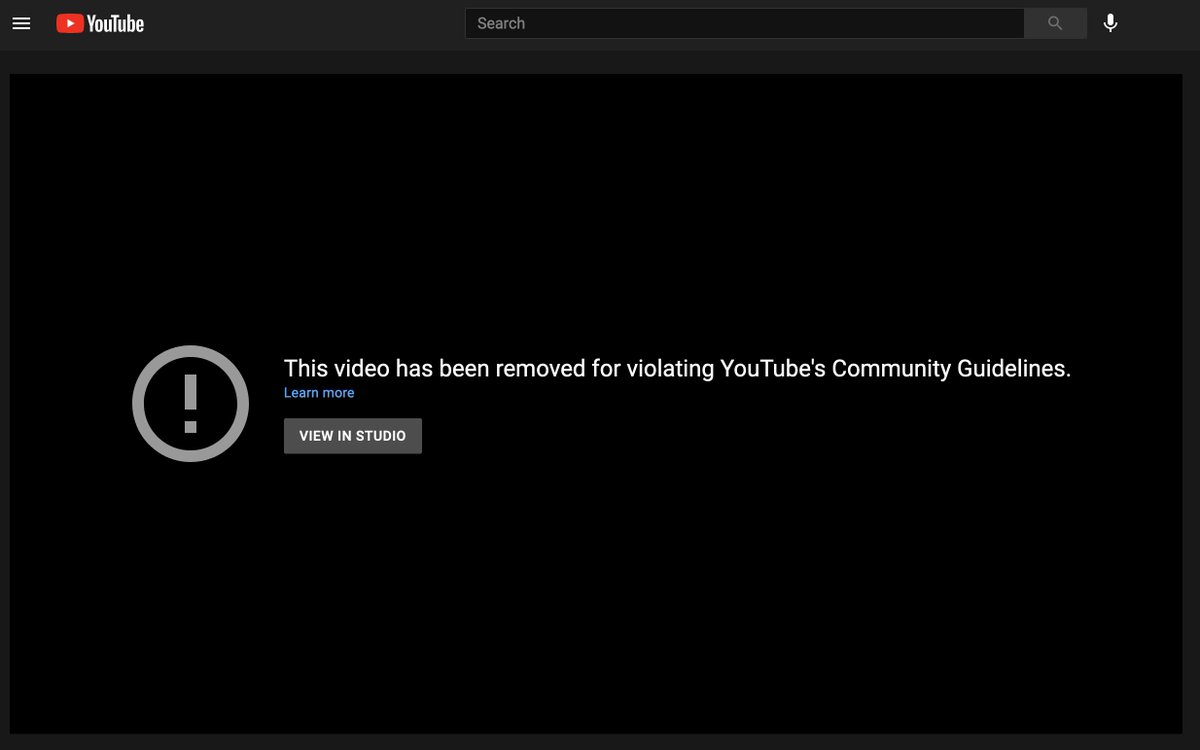 FFS. A qualified emergency-care doctor and an ex-university professor accused of “spam, deceptive practices and scams”. No doubt YouTube got some specially-qualified people in to make the judgement.

I think what sickens me most about this whole COVID charade is the flood of lies and propaganda that we’re being subjected to, and the level of acquiescence to those lies among otherwise-decent people. I know how it works - I have adequate academic background to enumerate the psychological levers that are being pulled - but it still scares the living crap out of me. If the West loses what makes it the West, such as our tradition of debate, commitment to free speech, and the Enlightenment pursuit of Truth, then we can look forward to decades of global backwardness.

FFS. A qualified emergency-care doctor and an ex-university professor accused of “spam, deceptive practices and scams”. No doubt YouTube got some specially-qualified people in to make the judgement.

I won’t be surprised if this one gets shut down too for similar reasons. Can’t get in the way of big pharma’s gravy train.

Yeah, I’m going to watch that one now before they pull the plug on it.

Three hours though?! I reckon Weinstein needs to get his conversations a bit tighter in future.

Three hours though?! I reckon Weinstein needs to get his conversations a bit tighter in future.

Still well worth the watch. It’s a real eye opener!

I always feel slightly smarter for half an hour after watching Weinstein. He has about the same effect on me as two shots of tequila.

I’m about 40 minutes in. Good stuff so far, so I’m pretty sure this is going to get deleted from YouTube.

That guy Steve wossisname is a bit irritating. Very loud voice and always talking over everyone else.