WrappedBTC.
It’s simply BTC that is deposited on a token issuing network and they then issue an Ethereum based equivalent called wBTC. This wBTC is much easier to transact (such as for payments or to use on ethereum lending/derivatives platforms ) but has the same value as BTC.

The answer is: Bitcoin price is 95% technical analysis and 5% fundamental. It has almost no fundamental value. It is rubbish.

I mean a logical explanation based on fundamental value, and not technical analysis (emotions, hype, etc).

Keep it to the Bitcoin thread, thanks.

Bullish.
When I first started researching Ethereum back at the tail end of 2017, I was misled by record high gas usage at the time meaning a network that was growing in usage. What was happening was that the vast majority was just trading of Ethereum. As the price crashed trading ceased and the network use pretty much stalled.

This kind of real network growth over the last year or so with DeFi and stablecoins, also reflected in the gas usage and healthy gas price , is different and interestingly Ethereum price hasn’t caught up yet. Ethereum transaction rate is increasing exponentially. Its doubling per month.
At end of year the transaction number will be 4000 times what it is today.

Price of Ether is directly related to transaction number ergo price of Ether will continue to increase at a very fast rate in 2018. 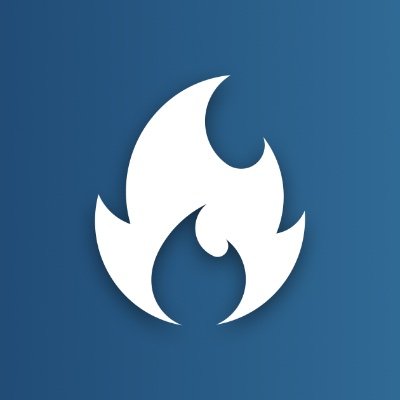 1) We charted several progress indicators for Ethereum against its price development since its genesis. Besides other factors, the following 4 indicators have caught our interest the most. We feel comfortable to state that Ethereum is significantly undervalued at current prices https://t.co/RezhESApZk Well it was only two weeks since this post but seems like longer. There have been rapid advances in the DeFi landscape , some platforms are expanding and progressing rapidly and their associated ownership coins have exploded in valuation, which helped my portfolio, notably Kyber Network and Aave. I invested some money in Kyber simply because I check what 'crypto events ’ are coming up in the next two months (in this case they have a change to their ownership model) , really wasn’t difficult to predict.

Loopring launched level 2 transactions (which means super low fees and fast transactions on Ethereum are now possible ) and it has taken off like a hare out of the bag.

I’m incredibly bullish about the Ethereum ecosystem and we haven’t even progressed to ETH 2.0 staking yet nor even have any mainstream investor recognition or usage yet.

My Ethereum DeFi investments continue to power my cryptocurrency portfolio forward. Record highs when Bitcoin isn’t even at half ATH, feeling pretty pleased with converting all my BTC to the DeFi ecosystem.

Not only that but Cardano has returned quite a bit and probably Iota will wake up soon with Iota 1.5 coming .

Ethereum itself hasn’t moved much at all and I think it’s really quite a safe bet to stick a few quid in Eth right now, Eth 2.0 phase 0 launch is coming .

That rally from ethereum is quite epic. Getting close to overtake the highest price of last year in July.

Yeah man listen to the Jones.

Ethereum itself hasn’t moved much at all and I think it’s really quite a safe bet to stick a few quid in Eth right now, Eth 2.0 phase 0 launch is coming .

Still so much road ahead for Ethereum. I cashed out most of my crypto but held my Ethereum mostly.

ETC looking good but I have none of it, hope ETH price will get to 2 or 3k minimum in the future

Still so much road ahead for Ethereum. I cashed out most of my crypto but held my Ethereum mostly.

Lucky I second thought myself and bought almost all of it back.

Once a gambper always a gambler.

Every time I see you post crypto I wanna ask…er, uhm…is it too late to get in? lol

As long as central banks keep pumping hot air into the global economy casinocurrencies will have nowhere to go but bigger. When the centrals stop pumping that’s time to start dumping . . . casinos that is.

Cryptocurrency is a new type of internet for finance that can can cut out the middle man banks and stock exchanges .
Think of it as Money 2.0.
It’s just going to get bigger and bigger over the years once the apps and front end for it become more seamless and also when it gets cheaper and faster to transact.
It’s like cloud computing before everybody used cloud computing. It took quite a while to develop but it was an inevitable progression. There’ll be a few large protocols and foundations powering the whole thing , a bit like how Windows , Apple iOS, Android , Oracle , Java and Amazon and MS cloud power and Google for the internet now. So that is what people are hoping they are investing in, those bits and bobs that will be the equivalent for Money 2.0.

When to start investing ? Just DCA is a good strategy and if it craters due to some event such as stock market crash put in more. I can’t tell the current top either , there have been some big gains but who knows it’s a volatile business. I wouldn’t put a single one off big chunk of change in right now personally . I would recommend DCA. Some might say wait.