I’m sure this is story isn’t going anywhere. So let’s start a thread for Teddy 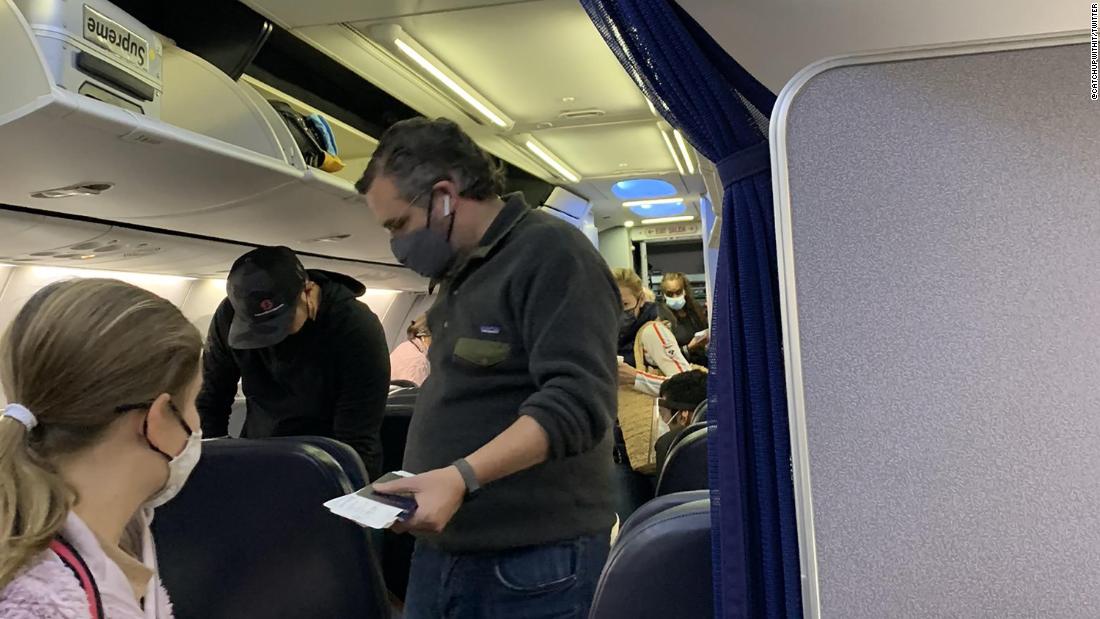 Sen. Ted Cruz said that flying to Cancun, Mexico, as a winter disaster in his home state left millions without power or water "was obviously a mistake" and that "in hindsight I wouldn't have done it." 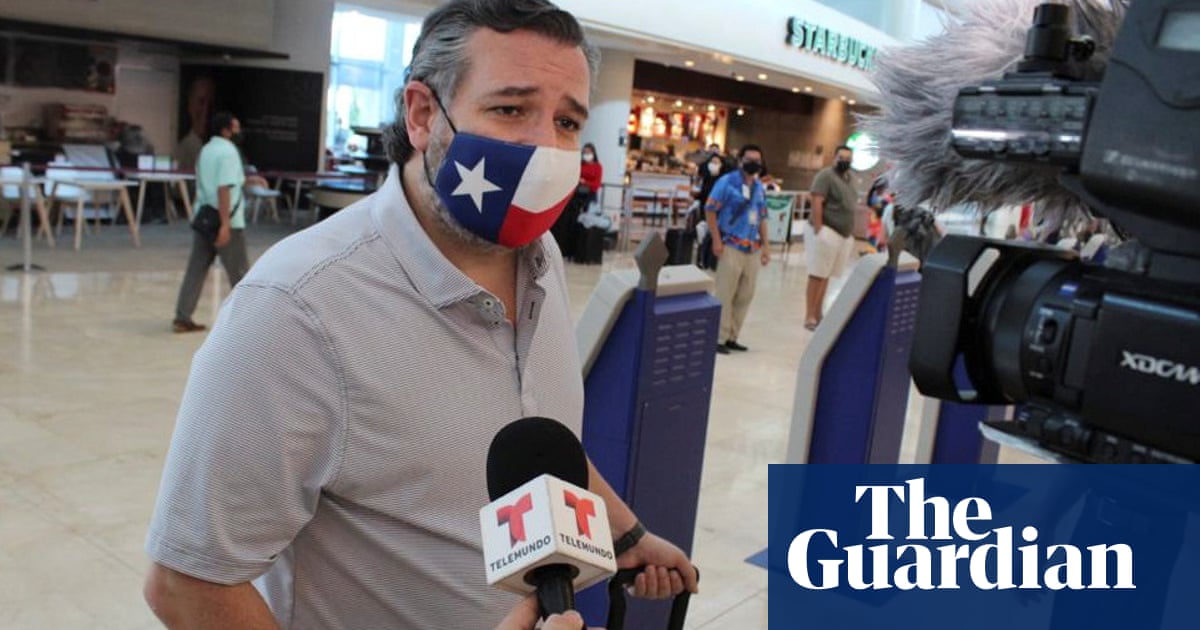 That’s right. It was Covid and the storm. I really don’t think he’ll be able to talk his way out if this one

Not so sure. He beat Beto only a year ago. This will be ancient news by the time of the next Senate race.

It was necessary to start a whole thread about this? Really?

He could claim he was deported by mistake due to racial profiling.

The mistake he’s made is apologising. They’re still not learning from Trump.

Its ok his wife wanted the travels, woman wants woman gets

There was no Ted thread. So yes. And this isn’t going away.

And this isn’t going away.

Not familiar with the news cycle?

It was necessary to start a whole thread about this? Really?

Yeah, the thread should be about the entire situation. The storm is an unusual occurrence, but-
The Republicans have held the governorship continuously for the last 26 years, the Texas Senate continuously for 24 years, and the Texas House for 18 years, so it’s all the fault of the Green New Deal according to Gov.Abbott.
-most of the power outages were caused by the failure of natural gas, oil, and coal power generation, due to lack of winterization
-Texas was not linked to the eastern or western grids covering the other states because it did not want to follow federal guidelines on winterizing power supplies because it would cost too much, raising prices and cutting into company profits
-“Texans would be without electricity for longer than three days to keep the federal government out of their business,’’
Tweet from Rick Perry, who served 14 years as Texas governor before serving four years as Trump’s Secretary of Energy

After several days of extreme winter weather caused power outages, pipes to burst and various other damages across the state, Governor Greg Abbott said Thursday, Feb. 18, that he has requested a “major disaster declaration” from President Biden to allow for federal government funds to assist in recovery efforts.

“Today, I am making a formal request of the president for a major disaster declaration. If granted, this will give Texans the ability to apply for individual assistance from FEMA,” Abbott said. “That individual assistance will assist them with funding to restore damage to their homes to the extent that it is not covered by private insurance.”

Senator Ted Cruz who has condemned other politicians for vacationing in Mexico (for defying CDC warnings on Covid, which are still in effect) snuck off to Cancun on Wednesday after the storm hd hit and caused serious power outages, lied about his reasons and how long he planned to stay, tried to blame it on his daughters- and left his poodle behind without care in what his wife described as a “freezing” house.
Yeah, I think it warrants a thread as much as AOC (who raised a million dollars for Texas relief).

That’s a mighty long post to basically say that, no, the Flyin’ Ted incident doesn’t deserve its own thread. 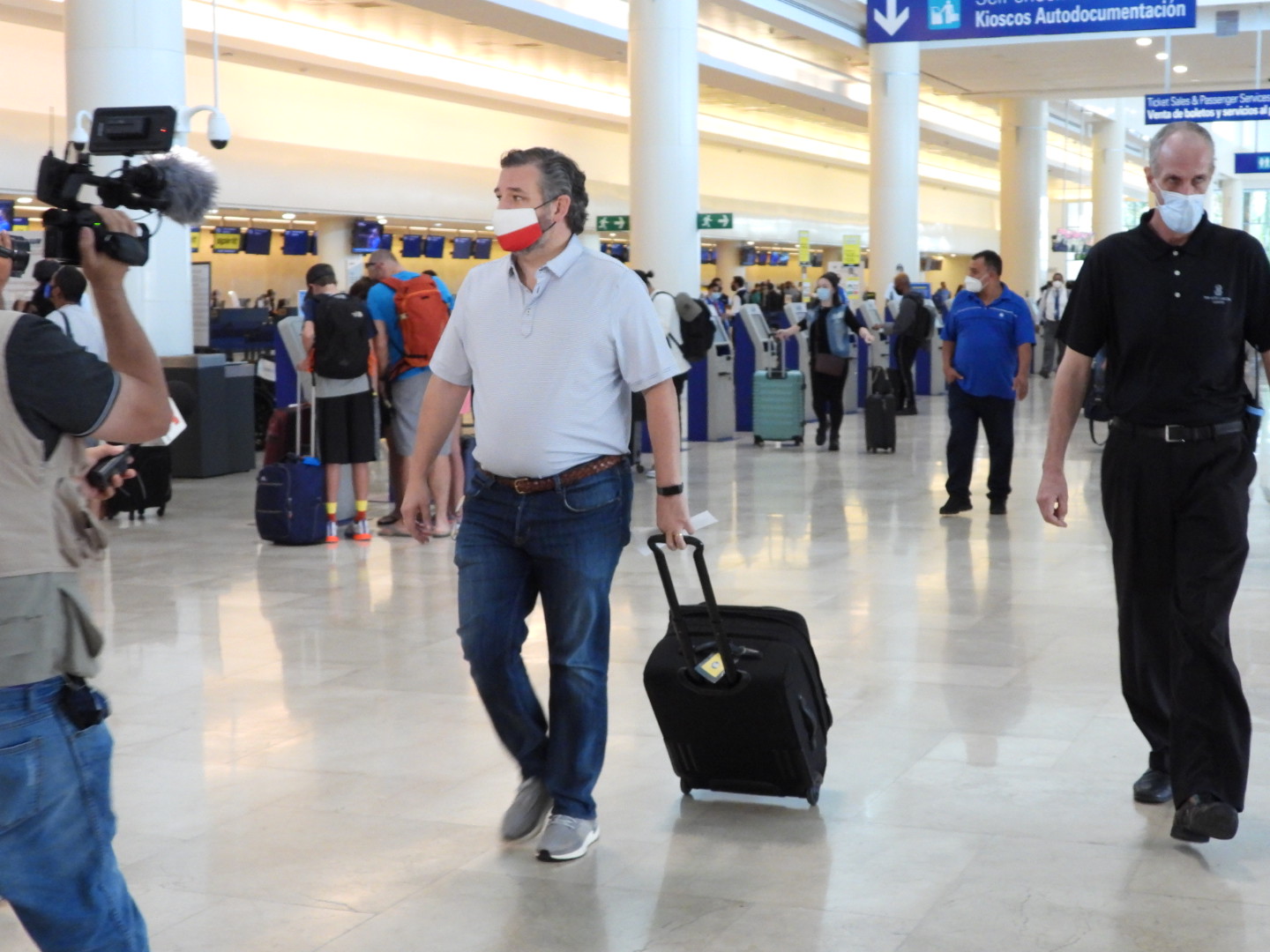 Cruz and his family headed to Cancun this week as millions of Texans have been facing freezing temperatures and power outages.

When you think he can’t get any lower… 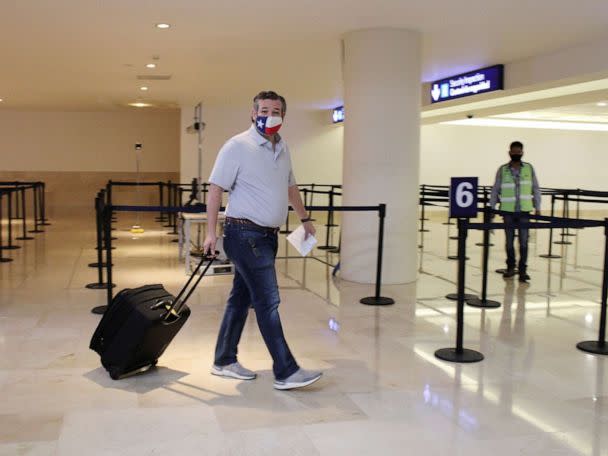 Being the viral public face of crisis is dangerous territory -- as the Democratic governors of California and New York have found out the hard way of late. Now comes Sen. Ted Cruz, back on U.S. soil with a Houston police escort. If punch lines...

I like it, but it probably just fuels some other Republican’s hopes more.

I agree, one can hope. I bet this also goes into a few election ads.
(Repost from funny pictures I think)