I’m confused. Which is it: 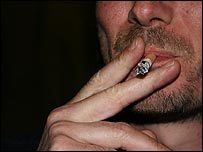 I went to a public school, and I didn’t do any fagging.

Stop fucking around on the computer and go and make me some cinammon toast, you horrible little man.

The poster, it’s not as good if you WANT to do it…

And who eats cheese AND toast? Decadent and loose habits such as this led to the downfall of the empire.

I went to a public school, and I didn’t do any fagging.

No, I don’t suppose the soggy digestive bickie game was even remotely fag like.

I put mayo* on my grilled cheese.
On the bread, prior to “grilling.”
On the inside of the bread next to the cheese.
And a pickle goes nicely with this treat.
Or relish…sweet relish.

*aka…salad dressing in some circles.

Something you don’t do or say in the American Public School system.

Oh. God. I SO miss grilled cheese and tomato soup.

Me too. Me too. Especially dipping the grilled cheese into the soup so the bread turns that orangish-red color and threatens to fall back into your soup (which it might and that’s pretty nice too). I use plain butter and fry the bread on both sides before adding two slices of cheese (three if my mom isn’t watching), putting the sandwich together and giving it a quick fry to help cement the cheese to toast.

Once my little sister set the living room carpet on fire because she decided to toast her grilled cheese sandwich in the oven and got it out with a… paper towel! And somehow she managed to carry the flaming paper all the way back to the living room and then after realizing it was on fire, dropped it onto the carpet and let it burn before getting a glass of water to put it out. I swear it burnt for that long because she ate the sandwich first before putting out the fire, but that’s just speculation.

I’m glad she didn’t kill herself doing it, but I’ll never let her live that one down. It’s one that is in my auntie book of stories to tell my nieces and nephews about how stupid their parents were when they were kids. They can use the stories against my brother and sister whenever the kids get into trouble themselves. It’s a pretty thick (pun unintended) book, let me tell you. Mwah ha ha ha!

Uh, what were we talking about again?

I’m tempted to mail a can of Campbell’s Tomato Soup and a package of sliced cheese so y’all will stop drooling.

We just had that for dinner a couple of nights ago. (I’m in Texas right now)

Forget the cheese. I don’t eat any cheese that comes pre-sliced. But I’ll take the soup!
What part of Texas are you in? Might make you ship me some other things too.

V writes a different ketchup message on the plate every time she makes me a grilled cheese sandwich! [quote=“TheLostSwede”]I know you can bum a fag of someone…
The joy of having been tought the queens language by locals :p[/quote]

In Australia a fairly common phrase for bumming a fag was “got a fag for an old digger” (digger meaning soldier, in particular a WWI vet, but now any soldier). As the yank use of fag grew, gay guys turned it around to “got a digger for an old fag?”