Ah, but they’re only selling bear because cows and pigs cause climate change. No tinned ham for you, you climate-destroying hooligan!

Its the holigan bears! I will later get my ham but not tinned, see what the local market has sliced up. BTW, on topic in the supermarkets in the Baltics prices are somewhat stable.

In Soviet Russia, bear eat YOU!!!

Zero cost input, why don’t we start a business pressing the bran into oil? There must be a reason why people aren’t doing this already.

not zero. trucking costs money. I pay 600 for about 2 to 3 tonne truckload. our production area is 8km away from the mill. they do sell it out west where factories exist but the logistics costs are a bit problematic.

that said if you have a good 10 mil plus usd for investing in a proper factory, we could have a chat

that’s the real it’s not done in this area as of yet. but one would think the deep government pockets would be into it. maybe once China blockades our waters and we go full Cuba we will get on it

until then, fibers, mushrooms, fertilizers.

from the food waste, I would say the same about buying less.

It’s kind of weird that I don’t have much food waste, if I could compost I would have none.

not weird, that’s good. it ought to be normal!

Ah, but they’re only selling bear because cows and pigs cause climate change. No tinned ham for you, you climate-destroying hooligan! the price gouging gets waaaaay worse than that, even for ground lower quality meats here. far before even the covid gouge wars began

but, people pay it, so it will keep going up until the ceiling is met. like real estate.

good to be rich

This is South Korea, not Taiwan. South Korean bakeries shut down ovens as Ukraine war sends wheat prices soaring - YouTube
But it’s too easy to imagine something similar happening in Taiwan.

luckily we aren’t nearly as into bread as Korea, Japan etc. we might get screwed on noodles. but I have faith the instant noodle cartels are stronger than some governments and they will find a way

taiwan has already pushed for growing wheat and other grains here instead of wheat for a decade or so. due to taiwans water crisis, not nazis.

Don 牛肉 wants his cut no matter what.

they are merely the cute scooter boys of the noodle mob. it’s the pork and seafood guys one should be afraid of in Taiwan 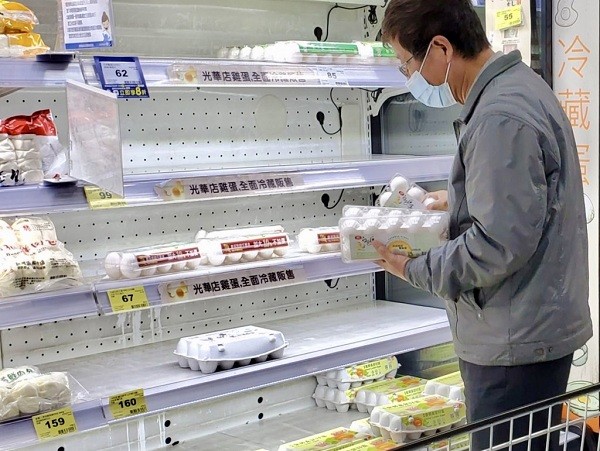 Taiwan’s egg prices to go up by NT$2 from Wednesday, reaching new heights |...

Stable price in August? Is it because Nancy Pelosi will be bringing a lot of eggs over?

They tried to increase it once and IIRC the ceo threatened to resign if they did. They are losing money on it.

Those things are a loss leader anyways. Most stores are designed so that you must traverse the entire store to get to it.

You can go to food court directly, at least in all the Costco’s ive been to. Same in IKEA.

In the UK McDonald’s are increasing the price of their cheeseburger for the first time in 14 years. Either their margins used to be enormous to allow for 14 years of inflation, or they were regularly reducing the cost of the ingredients.

But once you know where it is, you can just go there right away the next time around.

Nearly 10 bucks for a pack of uncured bacon. 300NT. On the griddle with homemade radish cake: priceless.

instead of rice. shyte. going back to edit, sorry.
that’s strange.

that post has no pencil icon link. cannot edit

In the UK McDonald’s are increasing the price of their cheeseburger for the first time in 14 years. Either their margins used to be enormous to allow for 14 years of inflation, or they were regularly reducing the cost of the ingredients.

Ingredients are one of the least expensive expenditures for McDonalds.

Inflation is impacting everyone, if they raised the wage as many have done, then that would be more impactful than the ingredients, although no doubt that compounds things further, just not as a single determining factor. Energy prices have increased too, significantly.