GOP warns HR 1 could be ‘absolutely devastating for Republicans’

“Some openly fret that broader access to voting will harm the party’s chances.”

“Some Republican lawmakers, officials and strategists go even further, signaling the GOP’s opposition to such extensive electoral reforms is based on the fear it will cause them to lose elections.”

“If the Democrats pass H.R. 1, it’s going to be absolutely devastating for Republicans in this country,” said Jay Williams, a Republican strategist in Georgia, a state seeing one of the most aggressive campaigns to restrict voting. “They’re just going to basically just shaft so many Republicans in places where they would actually have opportunities to pick up.”

And… Any of them talking about weighting, or you just throwing shit at the wall?

Patience, I am working now and will dig into it, yes I know court cases which include complaints the machines have a documented weighting feature in their manual have been filed.

Excuse me for not having them at the tip of my fingers for your instant perusal.

I’ll get the details of court filings later, for now. Dominion Voting Machines ALL INCLUDE "Weighted Race Feature" Whose Only...

The Gateway Pundit has published many articles on the Dominion Voting Systems used in the 2020 US elections. Last week we reported instances where votes were moved from Republicans to Democrats and another instance where votes disappeared. ...

Hmm, I’ll have to admit upfront that have a hard time taking too seriously an article that describes someone who doesn’t work at MIT as “from MIT,” and is based on someone who claims to have invented email (in the late 70s) when he clearly didn’t. But I’m willing to keep an open mind if you can tell me some fact based reasons why you believe him (and it’s not based on him thinking something doesn’t look right).

But I’m willing to keep an open mind if you can tell me some fact based reasons why you believe him (and it’s not based on him thinking something doesn’t look right).

Ah, asking the right questions, I don’t. I require proof, but it is a claim I have seen brandied about by many, including those bringing lawsuits and claiming in their filings to be posting from the Dominion manual. Dominion for their part doesn’t seem to deny it has the feature.

I tried to download the Dominion manual, but the site doesn’t allow it, which is not unusual for some manufactures, they require NDA’s and such.

I haven’t seen a rebuttal of the claim. I’m for letting the chips fall where they may.

But I’m willing to keep an open mind if you can tell me some fact based reasons why you believe him (and it’s not based on him thinking something doesn’t look right).

Ah, asking the right questions, I don’t. I require proof, but it is a claim I have seen brandied about by many, including those bringing lawsuits and claiming in their filings to be posting from the Dominion manual. Dominion for their part doesn’t seem to deny it has the feature.

I tried to download the Dominion manual, but the site doesn’t allow it, which is not unusual for some manufactures, they require NDA’s and such.

I haven’t seen a rebuttal of the claim. I’m for letting the chips fall where they may.

I watched part of the video in your link about fraction magic. The guy is talking nonsense… the absolute feature he needs is decimals to rig votes? Uh, no bro.

I watched part of the video in your link about fraction magic. The guy is talking nonsense… the absolute feature he needs is decimals to rig votes? Uh, no bro.

I know we all want elections to be free fair and open, any feedback on the article about Georgia and 400,000 votes that have no chain of custody?

Also, this case where courts gave the right to inspect ballots and the FBI stepped in and shredded them?

The local DHS investigator was contacted in order to review the material and stop its destruction. The link to China was pretty awkward, and the White House was contacted immediately. DHS officials in Washington D.C. Were also informed of the situation in Georgia. It turns out the DHS in Washington contacted the Bureau. We all know what happened next. That’s what one of the sources suggests.

Believe it or not, a senior DHS person forced the local DHS investigator to take a step back from the case. FBI agents showed up at the scene and shut down the entire operation. They insisted they had jurisdiction over the operation and ordered the shredding of the remaining material.

The FBI made a big mistake According to January 9th reports, the FBI stopped the forensic analysis of shredded ballots in Georgia. Agents took the ballots away from the team that was already working on the potential fraud. The ballots were taken back...

Supposedly the whole event is captured on camera. Apparently.

That article literally has no verifiable facts, or specifics that can be investigated. I’m not sure what forensic investigation they’re doing, or could do, given that a full hand recount was already completed. There is no conceivable reason that transit receipts would be mixed in with ballots, given that the ballots have been counted 3 times - what, they saved the packing material for months, separate from the ballots, to mix it back in later?!?!. Hahahaha! It freakin’ reads like satire. What’s your take on it?

And that was months ago - where’s the video?

Not to derail the thread from HR 1 but

Maricopa County ballots are secured in a vault, not shredded in trash

PolitiFact - No evidence that a dumpster dive found 2020 cast ballots...

Did someone’s dumpster dive outside the Maricopa County Elections Department in Phoenix, Ariz., turn up evidence of shre/>

Ad Fontes Media rates The Gateway Pundit, a site founded “to expose the wickedness of the left,” as hyper-partisan right in terms of bias and unreliable ...

And that was months ago - where’s the video?

The person who made the original claim was Patrick Bryne, which as a source needs to be taken with a grain of salt, he’s currently claiming everything they have will be brought forward and be presented to the public over the next 6 to 8 weeks.

I’m just the messenger, no need to shoot me.

Well, the MSM have made the topic of election fraud taboo. Get banned from social media if you mention it, I think Trump had an interview yesterday and social media jumped in “nope, not allowed, people posting Trump talking will have posts removed and may be banned”. Whatever, sounds like a bit of a march towards authoritarianism if you ask me.

Heard there are talks of a Covid passport lately. Wonder if you will need one of those to get into a building to vote.

I’m just the messenger, no need to shoot me.

Here’s the thing man. You keep being the messenger of crazy theories. Are you ever going to try to do some research or present some thoughts on any of this, or you just gonna keep throwing it out there? If we just wanted to read crazy theories and not have a discussion, we could just read those low info sites directly.

So quit being just a messenger and present some thoughts.

It’s easy to use.

And yeah, those sources you are quoting or citing are cringeworthy and I’m probably to the right (not authoritarian right, of most posters on this forum) .

Try to verify extraordinary claims. Won’t write an exposition on how to do that here. It’s not always easy But unfortunately the media, academics, even those sacrosanct Supreme Court Justices lie or mislead… sometimes egregiously.

I see PS beat me to it, more or less.

Don’t post stuff like that unless you can back it up. You will definitely learn a LOT by verifying first. (Unless you’re posting something you don’t understand and are inquiring about.)

Kyle McKenzie, the research director for the Koch-run advocacy group Stand Together, told fellow-conservatives and Republican congressional staffers on the call that he had a “spoiler.” “When presented with a very neutral description” of the bill, “people were generally supportive,” McKenzie said, adding that “the most worrisome part . . . is that conservatives were actually as supportive as the general public was when they read the neutral description.” In fact, he warned, “there’s a large, very large, chunk of conservatives who are supportive of these types of efforts.”
As a result, McKenzie conceded, the legislation’s opponents would likely have to rely on Republicans in the Senate, where the bill is now under debate, to use “under-the-dome-type strategies”—meaning legislative maneuvers beneath Congress’s roof, such as the filibuster—to stop the bill, because turning public opinion against it would be “incredibly difficult.” He warned that the worst thing conservatives could do would be to try to “engage with the other side” on the argument that the legislation “stops billionaires from buying elections.” McKenzie admitted, “Unfortunately, we’ve found that that is a winning message, for both the general public and also conservatives.” He said that when his group tested “tons of other” arguments in support of the bill, the one condemning billionaires buying elections was the most persuasive—people “found that to be most convincing, and it riled them up the most.”

McKenzie explained that the Koch-founded group had invested substantial resources “to see if we could find any message that would activate and persuade conservatives on this issue.” He related that “an A.O.C. message we tested”—one claiming that the bill might help Congresswoman Alexandria Ocasio-Cortez achieve her goal of holding “people in the Trump Administration accountable” by identifying big donors—helped somewhat with conservatives. But McKenzie admitted that the link was tenuous, since “what she means by this is unclear.” “Sadly,” he added, not even attaching the phrase “cancel culture” to the bill, by portraying it as silencing conservative voices, had worked. “It really ranked at the bottom,” McKenzie said to the group. “That was definitely a little concerning for us.”

Inside the Koch-Backed Effort to Block the Largest Election-Reform Bill in...

On a leaked conference call, leaders of dark-money groups and an aide to Mitch McConnell expressed frustration with the popularity of the legislation—even among Republican voters.

It must be bad when not even attacks on AOC and invoking Cancal Culture can move the needle. I suspect the Right has done too good of a job on this, so when a lot of their supprters hear “billionaires buying elections” they think of Soros, Gates, and Bezos. not realizing this bill stops the Waltons, Kochs, and Mercers as well.

Debunking all false claims and lies about H.R. 1 in one place for your convenience 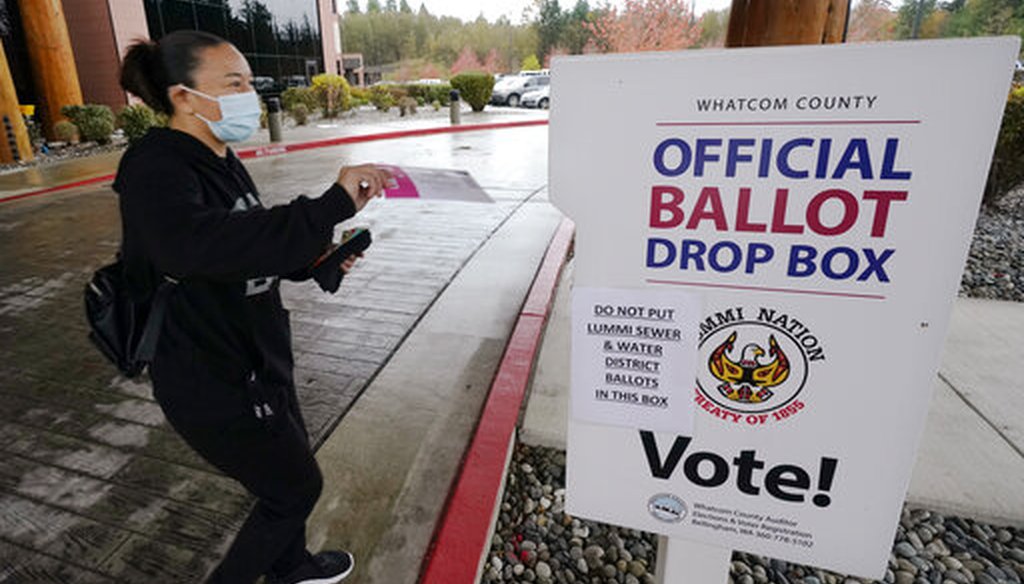 PolitiFact - Claims about HR 1 keep pouring in. Here are all of our...

Confused by what people are saying about H.R. 1, the hotly contested voting and elections bill? We can’t blame you/> 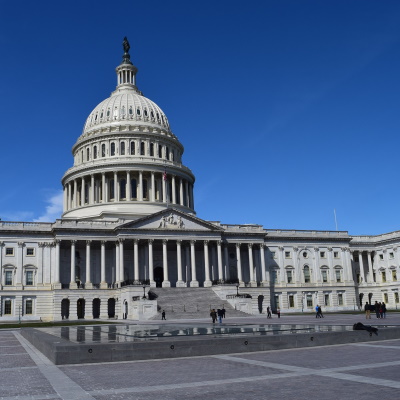 Claims mischaracterizing a federal voting rights bill have been circulating on social media. The proposed law would not "ban" state voter ID laws, bar states from removing ineligible voters from their rolls, or allow minors to vote.