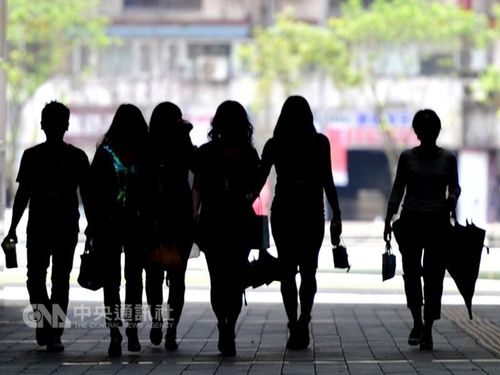 Taipei, Dec. 19 (CNA) With more and more foreigners coming to Taiwan for work or tourism in recent years, the inflow has had a downside -- an increase in the number of foreigners suspected of committing crime in the country, the latest national...

Is the crime rate really rising or just the investigations aiming foreigners more?

I wonder how many of the suspects are escaped foreign (slave) laborers.

Another factor is the recent visa free entry (mostly unilaterally) for tourists from Southeast Asia, not all of whom are tourists.

A Control Yuan report released on Friday urged the Ministry of Foreign Affairs, the National Immigration Agency, the National Police Agency and others to respond to concerns regarding national security and public safety caused by the government’s...

Startling that Vietnamese account for nearly half ( of 90%) of this ? I wonder why that is so high when there are so many from other SE Asian countries here? Culture, organized crime?
Maybe there are other reasons?

Startling that Vietnamese account for nearly half ( of 90%) of this

Aren’t most of the Vietnamese spouses and spouses families? Are many Vietnamese here as contract labor?

Vietnamese are the biggest group of foreign workers in productive industries.

“32.7 percent, were accused of offenses against public safety, mainly drunk driving.” So most of the foreigner workers from other Asian countries have cars?

Their bosses probably just forced them to take the rap.

For those who read Chinese, this is the original report from Nationall Police Agency, Ministry of Interior.

Interesting that the Indonesians and Filipinos, despite their large numbers, only make up 10% and 7%, respectively, of the crime stats.

Cos they are female?

FYI, Vietnamese are 42% of foreign workers in industries.

I looked at the stats before, vast majority of Indos were female caregivers.

Are Mainlanders/HKers/Macanese being counted as foreigners?

Good question, but it seems not. At least, I didn’t see they listed as such.

At least Taiwan is moving away from the "foreigner = white " mentality.