Forums by city would be great

I wish there were forum areas by city.

For example I want to post some discussions about Taoyuan or Kaohsiung or Tainan or another city.

And I want to post a comment and maybe start a discussion about Tainan but there is no forum for Tainan.

But there are no areas.

Yes there are some city forums for restaurants and a forum for events but that is not discussion by city.

Could really open up possibilities.

Kaohsiung, especially I think there’s so much but there’s just no Kaohsiung forum.

I think that’s why Facebook is more successful in places outside of Taipei because everything here is Taipei centric.

Formuosa Taipei would be a good description of here. And other people from other places in Taiwan do add some comments but it’s all either random comments or Travel Taiwan comment which really should not be that way. It should be people talking about where they live in Taiwan.

Nobody likes a fiefdom.

WHy people in Tainan say, don’t start a Tainan Thread and just run with it has always been beyond me.

Tags serve that purpose well. I just added one to your thread here #taoyuan

There’s a list linked at Topics about Places in Taiwan, which is linked at top on desktop or in the Latest dropdown menu on mobile.

probably too many cities to include them all though. Maybe by county? and that whole new “city” scheme they used to replace some counties.

Tags serve that purpose well. I just added one to your thread here #taoyuan

That’s what I was going to point out. To have a huge thread for everything Kaohsiung related would be a mess.

The latter is Hsinchu and up, except Taipei and New Taipei.

The latter is Hsinchu and up, except Taipei and New Taipei.

So does Forumosa consider Yunlin and Chiayi part of central or southern Taiwan for the restaurant and events categories?

Maybe some people have noticed, I have started to change titles and add tags to all topics in the travel forums to make them easier to search. I think for travel it would work fine to have categories based on geography, because content is mostly information about travel in specific places, and less general discussions, but for Living in Taiwan it would be too difficult to sort topics based on geography. Northern Taiwan - Except the GTA. Eastern Taiwan and Insular Taiwan are together. 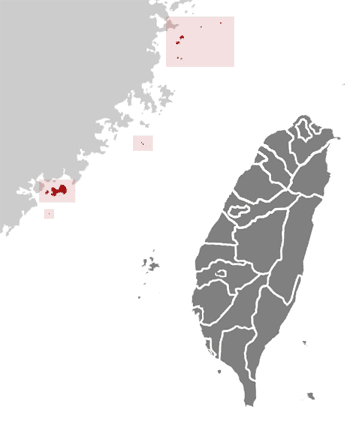 How about Taiwanese Beijing?

I don’t think that’s too many to handle. (I might have missed a couple. Just going off the top of my head.)

I think many of these forums will be just crickets and tumbleweed.

Any reason why the tags are not enough?

Any reason why the tags are not enough?

Oh wait. I just noticed the tags. That seems enough.

But there are a lot of missing counties in the tags.

But there are a lot of missing counties in the tags.

Probably because no one posted a topic relevant to those places in particular?

How can I make a Pingtung post if I can’t select the Pingtung tag because it doesn’t yet exist?

Tags can be created anytime when creating a topic or editing its title.