I was just reading that story into FTX bankruptcy, with your permission @cake I’d like to split that into a thread in itself.

I would advise against making any leaps to conclusions at this stage though, some shady stuff is definitely being talked about though.

I’d suggest a title “FTX bankruptcy” as it is general and doesn’t make suggestive conclusions.

"Bankman-Fried, known as SBF, threw more money at Democrats this cycle than anyone but George Soros, according to OpenSecrets data. One of his top lieutenants, Ryan Salame, has been bankrolling Republicans at almost the same pace as Steve Schwarzman and Peter Thiel.

The two men spent a combined $61.3 million in this election cycle.

Bankman-Fried, who had been likened to Warren Buffett, already backtracked last month on a statement that he would spend up to $1 billion in the next presidential election."

Imagine that:
‘War is a racket’ never gets old.

BREAKING EXCLUSIVE: Tens of Billions of US Dollars Were Transferred to...

Over in Germany, the narrative is changing. Must be the ‘bots’ online and not things like the economic situation influencing people.

40 percent of respondents fully or partially agreed with the statement that the “Russian aggressive war” was Russia’s reaction to NATO’s uncontested provocation. This is eleven percentage points more than in April.

44% are fully or partially convinced that Putin is acting against the “global elite”, which “pulls the strings in the background.” This is twelve percentage points more than in April.

14% fully agreed that Ukraine “historically has no territorial claims” and “is actually part of Russia.” About one-fifth of respondents consider it partially.

With nine percent, the number of those who fully believe that the war was “necessary” “to get rid of the fascist government in Ukraine” has almost doubled. 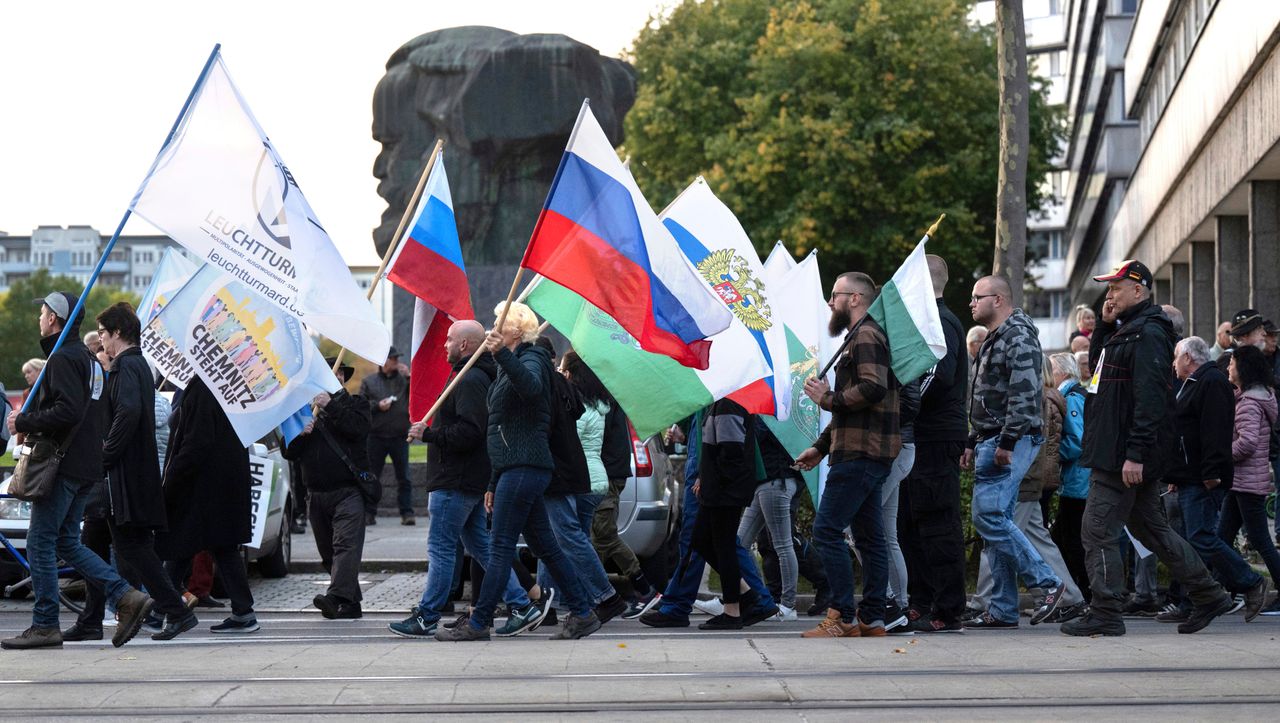 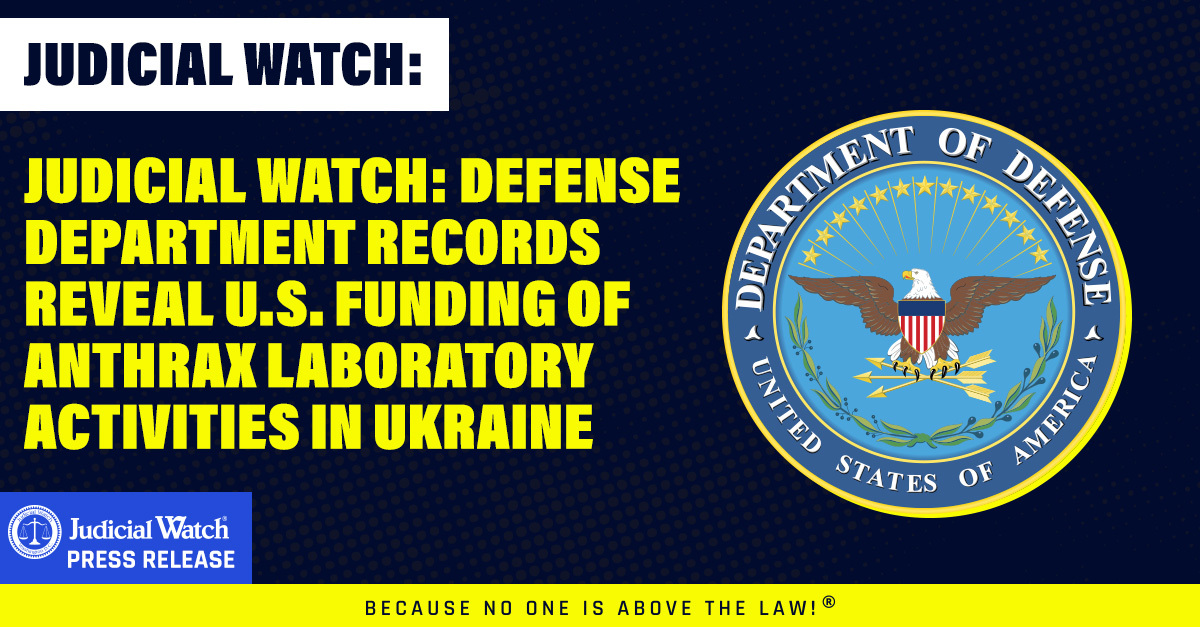 Got the order a bit mixed up, @cake post should be the OP.

I looked at this a couple of days on and off. 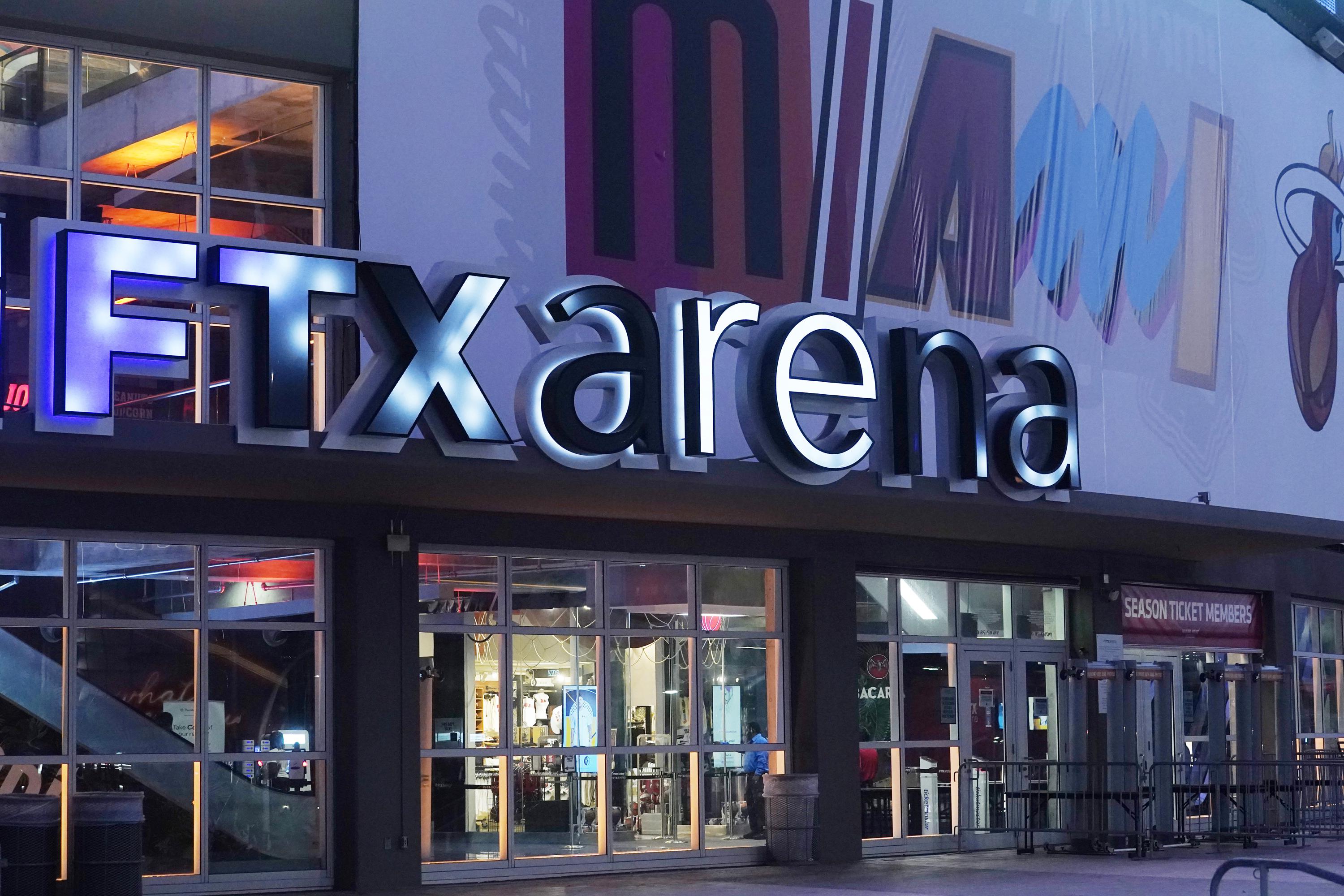 I’m not seeing that though (well parts of it are true, the first and last part), I also see Ukraine team up with FTX, but to receive donations.

It’s definitely a wild story. Will be interesting to see what comes of it, and how much of it is true.

I heard that they got the codes from Hunter Biden’s laptop, the FTX was transferred directly to Zelensky and then converted into Golden Krugerdoobles which were shipped out on one of those ‘grain’ shipments.

It’s all about connecting the dots.

The nerd in charge allegedly transferred billions of investor’s money to his hedge fund business. I think he’s in a lot of trouble.

It’s a shame because he does a lot for charidee, and likes to talk about it.

They are amongst us. For reference; there was a longer discussion about FTX in the bitcoin thread too.

Bitcoin, something worth investing in? Money

Bankman-Fried must be sheeting some bricks now. B-F: “FTX is fine. Assets are fine… A competitor is trying to go after us with false rumors,… FTX has enough to cover all client holdings."

Sir Doge of the Coin ⚔️ 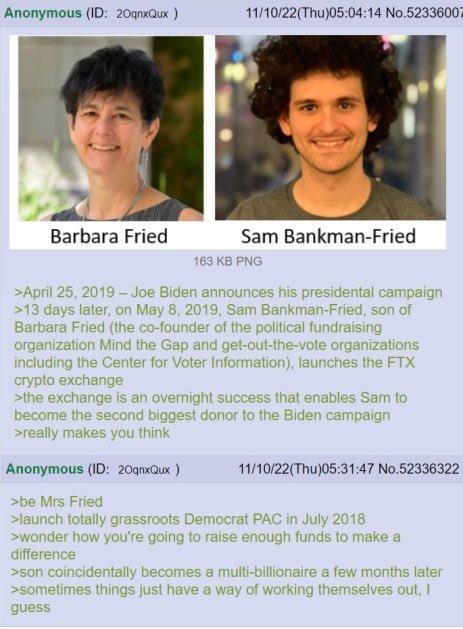 This guy did a nice take on the situation. I am glad that I keep none of mine on the exchanges.

I follow the same principal with my stocks. (all is registered directly under my name and if the exchange goes bust… I don’t lose my stocks. 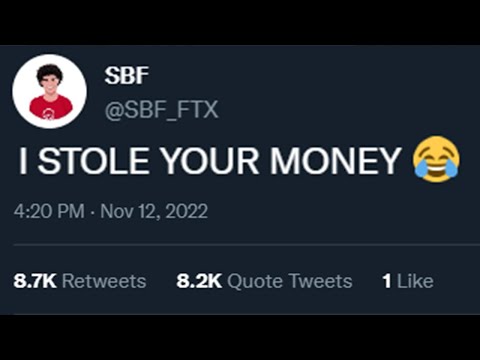 Are we supposed to talk about FTX in this thread or only about politics?

Where is the FTX non-political discussion?

There seems to be a lot of connections, this was originally in the Ukraine thread, that connection was not explicitly made so the thread open to all discussion.

But the political connections do not seem trivial either. It was worded lacking specificity to encourage all aspects of FTX to be discussed.

There seems to be a lot of dodgy connections in …some peoples heads.

Oh look there was a fly in my soup…Hunter Biden’s laptop…and the soup was made to a recipe I found on twitter of a lady that used to babysit that curly haired nerd fella when he was five !

Linking literally everything to Biden , Ukraine and a Laptop sounds kinda insane to me. Like a short circuit causing thoughts to go round and round in a loop.

I think this thread should be focused on Sam Bankman-Fried and his political games.
FTX was just his tool to defraud customers and use that money for political campaigns.

I see it wasn’t for his charities then.

Even though he said it hundreds of times that he was making money for charities. Or merely that he wanted to be rich.

Doesn’t really matter cos he was an incompetent businessman who caused thousands of folks to go bankrupt. And many idiot professional investors threw money at him without due diligence.

I see it wasn’t for his charities then.

Some donate to charities because they care, some do it for the tax breaks and public image.

If you look at the woman running Alameda Research it really was a geeks are us operation. 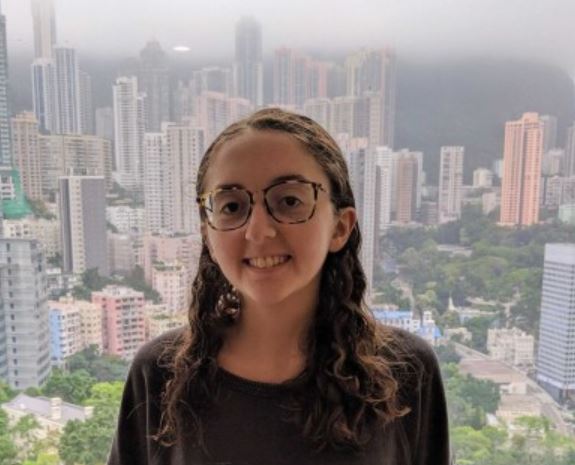 When you're running an apparent $10bn crypto trading firm.

I heard that they got the codes from Hunter Biden’s laptop,

Linking literally everything to Biden , Ukraine and a Laptop sounds kinda insane to me. Like a short circuit causing thoughts to go round and round in a loop.

You’re the only one I see mentioning his laptop. I don’t think anyone is talking about that…