So, which ones will get the axe?

Related to this, two teachers at Dong Hwa National University in Hualien told me that the future number of teachers will be reduced from about 600 to 300…due to decreased student enrollment. They propped up the enrollment a few years ago by merging another college. Now they are recruiting Southeast Asia students by teaching in English.

A little strange to me. Teachers using their non-native language to teach to students whose mother language is also not English. I mean if was smaller school focused on international business like what CETRA had in Hsinchu I could understand.

It’s called desperation. the universities need to pretend they can provide an international education…the SE Asian students get scholarships to fund their studies here…the universities then find themselves through these scholarships. From this year there is a massive drop in local student population occurring.
If they teach in Chinese less students will be interested to come.

Sent from my iPhone using Tapatalk

Hah, that it is. This is one reason I supported letting Chinese students into Taiwanese universities. They speak the language, they bring money, and who knows, it could maybe change how the Chinese public views Taiwan.

If not for them, Taiwan’s universities face a very bleak future.

Well, is it time to just focus on quality versus quantity? If the Chinese students are not let in something drastic needs to reshape Taiwan universities. But I know very little about it so just throw out random suggestions when talking to friends. I heard from my human resources friend in China about the very professional vocational schools now popping up in China. Does Taiwan need that? Helpful?

Speaking of education, I remember very well in my small hometown that the local vocational school had several programs that companies lined up for waiting for graduates. One was lasers and the other was underwater welding. They only graduated 6 underwater welders per year…companies waited years for new graduates.

A little strange to me. Teachers using their non-native language to teach to students whose mother language is also not English. I mean if was smaller school focused on international business like what CETRA had in Hsinchu I could understand.[/quote]
That makes perfect sense. Exchange students go to non-English-speaking countries all the time and they all choose courses conducted in English(unless the students already have learned the language for quite a bit and is participating the programme for polishing their third or fourth language), it’s the only way to attract international students.

Hah, that it is. This is one reason I supported letting Chinese students into Taiwanese universities. They speak the language, they bring money, and who knows, it could maybe change how the Chinese public views Taiwan.

It actually does, in one way or another. Exchange students(to NTU at least) all like Taiwan very much, and almost all of them(I mean at least judging from their feedback online, of course there are some hopelessly brainwashed ones, but they are minorities.) respect how Taiwanese students view our troubled relations.

But it could be a slippery slope though…like spies and stuff, I mean it’s not unheard of. And the amount of Chinese students could be overwhelming, as in Australian or British unis.

As some forumosans know, the topic of this thread remains all-too-relevant in Taiwan today.

An informative piece on the demographic challenges facing universities appeared in Ketagalan Media: 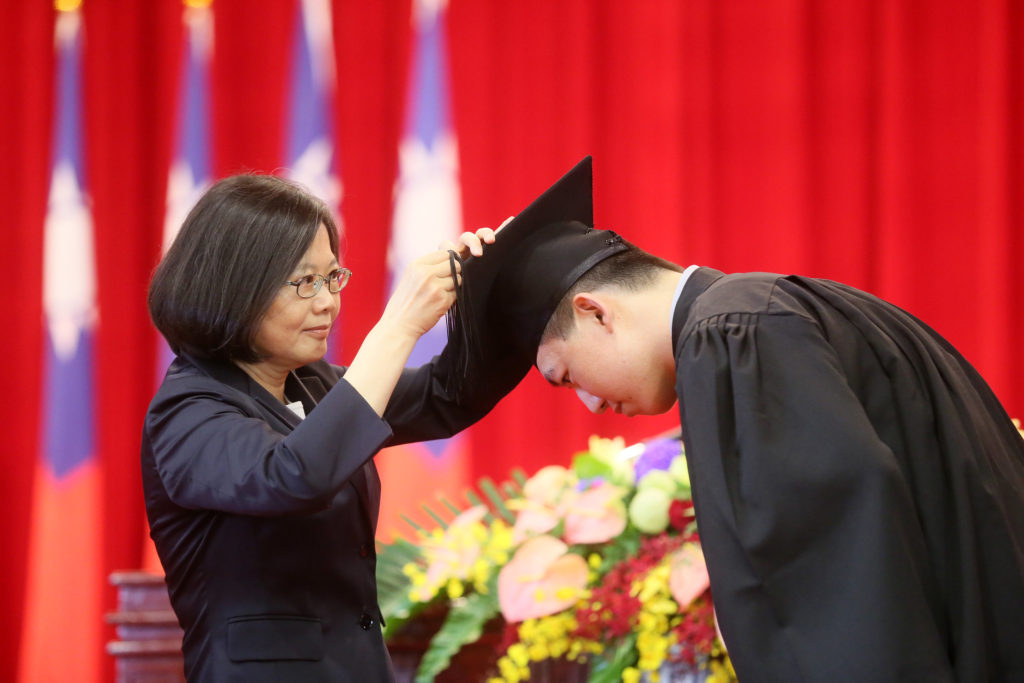 Taiwan’s Universities Are Fighting for Their Lives as Birth Rates Plummet -...

Up to 12 of the nation’s 51 public universities and up to 40 of its 101 private universities, will merge or close by 2023, with serious consequences.

My view is that the way forward for Taiwan is to adopt a more global outlook as a society.
Taiwan need to ensure itsbcontinued relevance to the rest of the world.
Do not waste too much time on rhetorical arguments with China. Instead, invest in education , research, in science, technology, the art, etc.
Instead of being insular, Taiwan should make itself a magnet for global talents.
So, its universities should direct its effort to attract such global talents. Using English is a strategic and important approach.
It should learn from uk, australia and the US, in making itself a desirable place for global students to come to study.

They’re gunna have to attract more international students, but if they want people from anywhere in addition to SEA, they’re also going to need to improve their system. (I feel like everything I do on here is complain about the ed system).
When I decided to get a masters here because Chinese classes weren’t doing it for me anymore, every professor and school administrator in the US that I spoke to told me that in any field but mine (linguistics, TESOL, and teaching Mandarin), I would be absolutely be effing myself over by getting an advanced degree in Asia.
I suppose it depends greatly on the field, but from what I was told, schools in US hiring teachers (that’s K through post secondary) really don’t care how prestigious an Asian university is, they will give you extra scrutiny and, will hesitate to hire, and will likely not give any “advanced degree” pay bumps for degrees earned outside the US/UK/Australia.
Now that I say that i wonder how much is just straight up racism/nationalism/“we think we’re better than everyone else”?

But there’s more problem than just a lack of numbers in the population— a college (uni) degree doesn’t really mean much here. No one I know with a degree and a job directly in their field is making more than NT42,000/month here. (Teachers the exception, but since most schools hire on guanxi, the majority of licensed teachers can’t actually get jobs) The people I know with college (uni) degrees not working directly in their field are working at places like duty free malls and making something like NT31,000/month. I know places like Starbucks (here) require college degrees for some reason, but if you’re going to be making 31,000/month, you kinda might as well start making that right out of high school instead of spending four (or 6,7…9) years in undergrad.
Apparently American kids in the 16-18 year old range are more aware of this too, having seen their older siblings being crushed by debt only to get jobs that pay right around US$15/hr (the dreamed of min wage). If you can flip burgers for the same amount you’re making at your desk job, it makes sense to rethink the time and (massive) money for a college (uni) degree.

One big mistake was allowing technical colleges to gain University status.
One example is in Kaohsiung they have a practical cooking program where students gain a University degree. That’s unheard of in North America. College is for trades where you get job training.
Universities are for academic study which lead to professional careers… Or something else.
One friend here also has a University degree for massage therapy.
Taiwan really made it so that everyone can get a degree.
This was bound to happen

If I could go back in time, I’d have chosen a trade instead of a degree. I’d be an electrician, fitter or plumber, raking in the big bucks. I may even have retired by now, instead of living on the bones of my arse in my old age.