Gofundme for Canadian hit by car

Anyone know this guy? He really seems to be in a bad way. 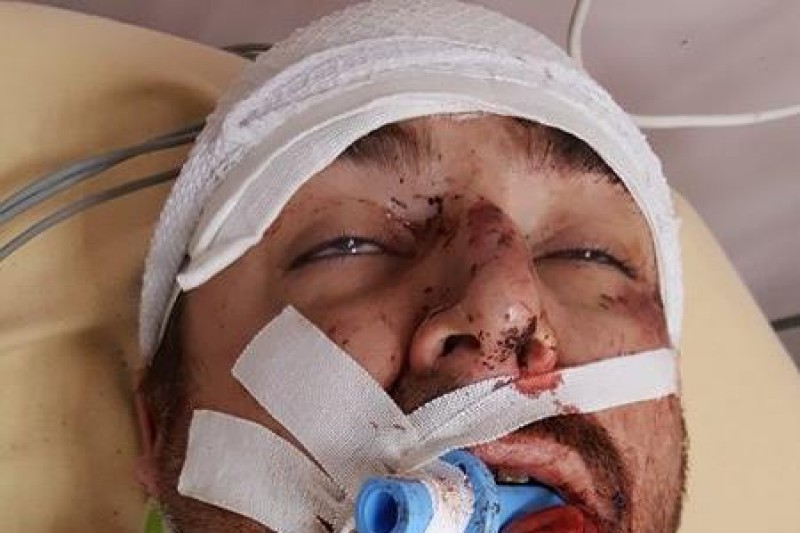 Click here to support Sons medevac from Taiwan to Canada organized by Jack...

Jack Kelly Sons medevac from Taiwan to Canada It is with great sadness that I report John Joseph Justason Kelly passed away peacefully on December 14 at 1:00

This looks legit and the guy seems like he needs help. Unfortunately, someone I know used Gofundme after he fell off his bike in Taiwan and made it seem 10x worst. He basically was still able to work after a few days of rest but was planning on moving out of Taiwan and instead of continuing to work, he cashed in on his trip home getting people to give him money so he could stay at home and do nothing. The guy was out and about at night clubs like a week and half later. So I’m always a little bit suspicious of these things.

Second to this, seems that a bit weird that his wound (blood) haven’t cleaned yet by the hospital after an accident and a surgery.
Unless of course, the picture directly taken at the scene of accident. (Which is not)

When I do have accident (broken leg, motorcycle hit rear end of a suddenly stopped car in 1999), by the time I was ready for operating theatre, there are no blood spatter or anything.
Not to mention after that.
Uncleaned wound will (likely) contaminate with the procedure and result infection.

It’s a picture from soon after the accident on September 30–it can be seen on his dad’s FB page, which I found from his own. All looks pretty legit to me based on that, but it would be nice to hear from someone who knows him.

Don’t read anything more into this question, I’m just genuinely curious. Wouldn’t his NHI take care of this?

I understand there’s a limit for NHI Medication.
Not sure the exact numbers. (Have a latinized print of the guide back home, provided by my country rep).

But for sure, NHI wouldn’t cover for Medevac to Canada.
I think that’s what asked by the victim family. Help to get him back home.

Just trying to give some practical advice, I think third-party insurance is mandatory in Taiwan, so the driver of the car that hit him should have insurance for the victim’s medical expenses and maybe damages, etc. I also wonder if the Canadian representative office in Taipei is helping with this extreme situation.

Yes, I understand they wouldn’t pay to send him home, but not sure on what grounds they are pushing him out. I know, don’t answer that. It makes me want to look into it further because I was under the assumption that if I had an accident I would be given what’s necessary to recover. It seems like they just stabilized him and threw up their hands.

I’m making lots of assumptions. I need to get better educated on this.

Good luck finding the driver of the car.

No mention about surgery. I take surgery is not covered with basic NHI?

No it’s not not covered (not to say that every possible instance of surgery is covered, but much is.)

Surgery is covered by NHI.

This situation is real. I emailed Taichung Medical Veterans General Hospital with the Gofundme link, and I received a reply this morning that he is there.

This situation is real. I emailed Taichung Medical Veterans General Hospital with the Gofundme link, and I received a reply this morning that he is there.

Thanks for checking on that. It’s good to know that this isn’t a scam.

It is good to know it isn’t a scam. I’d really like to see this covered in the media to get support for him through the gofundme page and also perhaps there are more things that he is entitled to here. I sent a note to ICRT’s FB messenger to see if they can help.

Basiaclly, they are asking for assistance with the Medivac -so he can receive care close to his family- and daily care which is not covered by NHI.

From my personal experince landing on my back in the hospital on an emergency medical situation, there are many things family or friends tend to when you are in the hospital here in Taiwan. In his case, as a foreigner, even with his mother here, a local nurse/assistant is often required, for example, to help with bath, feedingetc. Nurses will change tubes and lines and give medication, but otherwise you are quite on your own. Certain especial pain medicine pumps, or a certain kind of treatment/vandages/etc. are also not covered. Which is why it is often advised to have extra private insurance -if someone needs, I can hook you up with a Nanshan agent, for example, or look for an international provider. Murphy’s Law and all that jazz. Though I doubt anyone covers airlift, so one would still need to shop around.

I can hook you up with a Nanshan agent

I’d be interested in this, feel free to PM me the details. Thanks!

Calgary Sun had an article about it today

Possibly paralyzed and potentially brain-injured, John Kelly clearly has a very long road ahead of him. But standing in the way is 10,112 kilometres of ocean and land, covering 13 hours of flying t…

This article gave me enough info to create an article on my news blog, as there has been absolutely no coverage in local media about this.

It wasn’t a hit and run: the driver is known. The driver has not been charged. The driver claims Kelly jumped in front of the vehicle deliberately. Police claim there’s no CCTV footage. etc.

Canadian Hit by Car: Family Seeks to Get Him Home

A 31 year-old Canadian man was hit by a car while crossing a street in Taichung on October 1, and remains in intensive care almost 3 weeks after the accident. John Kelly was crossing the street at …

Those are good common sense points. The article said it was a rental car. Most likely the rental company has insurance for situations like that. Maybe the family needs an insurance expert to help them push things through with the rental company. These people often show up at accidents scenes or hospitals and get a cut of the money they get out of the insurance company.