Has anyone tried to open a bank account lately?

I walked into the Taishin Bank across the street from my house and after finding out I was a foreigner, straight up told me it would be difficult (even before finding out I was American).
Note that I have an ARC, married to a local, have been here for years, and have a bank account at CTBC (but with a broken debit card).
The rep told me it would be easier to just go back to CTBC and get a new card (which it was, and I did).
They said they’d “try” and would give me a call if they could do it. Obviously, they couldn’t.
Just wondering if anyone had a similar situation. Is it their fear of money laundering that makes it impossible for even a long-time resident to open an account?

They are lying. Can’t be bothered doing extra paperwork for a foreigner.
I have accounts at four banks. Different employers use different banks.

Somehow foreigners need to find away to embarrass Taiwan with how they are treated. The normal peaceful approach is not working and it is getting worse.

Did they ask if you have an employer? When I was opening personal bank accounts, a lot of banks will reject ARC without an employer. They will ask lots of questions about the employer if it’s a foreign company, they asked me to provide a website or proof that the company exists etc. This experience varies a lot between branches, and each branch is like it’s own separate bank with their own rules.

Lol look at Taiwan Twitter. Foreigners are the biggest cheerleaders of all things Taiwan.

Thanks. They didn’t bother asking about any employer. Good point about the branches. I might give it a try next time I’m in a location with more foreigners.

Anyone with a ARC or passport can open an account.
However, due to the U.S. government requirement to report some U.S. taxpayer’s accounts to IRS (FATCA), many banks may discourage foreigners to open account due to too much paper work and potential penalty.
It is not discrimination, it may just to avoid trouble.
You just need to try different one.

It is not discrimination, it may just to avoid trouble.

That’s still discrimination, even if they’re just doing it because they’re lazy.

Cost of doing a business & potential huge penalty from US >> benefit

Agree with the people saying they just don’t want to deal with the paperwork. Had a similar experience not long ago when trying to do something, anything with that IRS stimulus check. Local guys said “not possible,” branch manager in Taipei said “no problem.” Employees in less visited locations will actively avoid dealing with foreign people.

It is not discrimination, it may just to avoid trouble.
You just need to try different one.

For reference: Also in Europe, many banks refuse to open account for people with “US background” (citizens, greencard holders and long term residents). I don’t want to argue that banks in Taiwan are foreigner-friendly, but it’s still another thing for the US to push regulations on banks and different countries and then cry discrimination against US people when the banks don’t want to follow US rules…

Though the issue in Taiwan seems to be mostly that the banks would actually do the required paperwork - many branches just don’t want to deal with this hassle. I am really curious how they deal with Taiwanese who also hold a US citizenship or greencard - they definitely would have to fill out the same kind of paperwork if the bank wants to stay compliant.

I am really curious how they deal with Taiwanese who also hold a US citizenship or greencard - they definitely would have to fill out the same kind of paperwork if the bank wants to stay compliant. 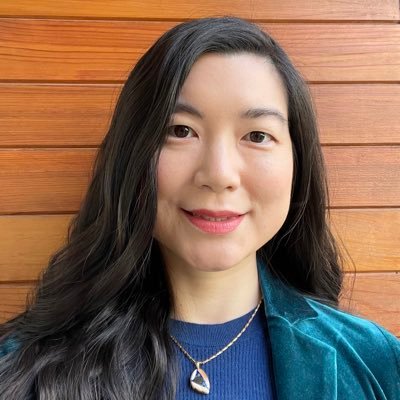 @geneandtonic
@erinhale I dutifully entered the landlord's routing number and bank account at the ATM every month. Then, I became a citizen and went back to the bank. -Now I'm a citizen, so I'd like to set up online banking. --Oh, you don't need to be a citizen for online banking.

@geneandtonic
@erinhale I set up online banking. -Now that I have online banking, I'd like to set up an automatic transfer to my landlord. --Oh, you don't need online banking for that. https://t.co/hJTxTLs9VB
11 Likes
Marco March 25, 2022, 2:53am #14

Lol look at Taiwan Twitter. Foreigners are the biggest cheerleaders of all things Taiwan.

Why wouldn’t they be? I would assume if you willingly move and settle in a new country, you would like it. No?

Its as if Taiwan is above criticism.

Its as if Taiwan is above criticism.

Not necessarily, but if someone made it their mission to constantly bash Taiwan, I’d wonder why they are there to begin with.

You’re talking about a lot of people with a lot of opinions. Most who find it is not for them just quietly go home and see no reason to bash the country on their way out.

I find the things that I love about Taiwan I ‘forget’ to talk about because they become commonplace. Not boring, but mundane enough I don’t talk about it. Whereas everyone loves a good whinefest.

That’s why you always see complaints sites full of people whining. The people who love the service never write in to say it. The ones that have issues? Whoo yii they can write a book

Not necessarily, but if someone made it their mission to constantly bash Taiwan, I’d wonder why they are there to begin with.

maybe they want Taiwan to be better and stand out as a leader. Can’t do that following “ the way it’s always done.”

So yes there are many reason why someone might have a critical view on something.