How bad will the US housing market get in 2009

This is a 60 minutes clip of an interview with Whitney Tilson. Tilson’s a Harvard Business School grad who writes for the Financial Times and Motley Fool. The interview is talking about the number of defaults that are expected to hit this year because of two kinds of loans called “Alt-A’s” and “Option ARMs”. The Option ARMs are the ones with low teaser rates and low, or no, money down. There is supposed to be a big, BIG, wave of resets this year. You have to go to 3:30 in the clip to see the graph that they use. According to the interview, there’s about 1 Trillion US in the Alt-A loans and 500 Billion in Option ARMs with Tilson predicting 50% or more defaults after the reset.

Thoughts? Predictions? Time to break out the shotgun and convert everything to gold?

[quote=“lbksig”]
Thoughts? Predictions? Time to break out the shotgun and convert everything to gold?[/quote]

I’d move somewhere else (rural Brazil maybe). This is going to be worse than the collapse of the Soviet Union.

The light at the end of the tunnel? 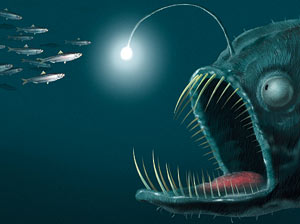 Like this from that Dimitri chap’s website. I’ve heard him interviewed several times. Nothing like a Russian to offer a uniquely different historical perspective. Westerners generally believe things are fundamentally always on the improve. Russians know this isn’t a universal truth.

After reading HGC’s post , it occurred to me: It’s going to be such an irony if the US collapses before Cuba does. :roflmao:

That’s nuts, is the bailout going to mitigate this in any way? What stresses does this put on banks? What’s keeping the dollar up right now…Chinese whispers. Is China able to continue to prop up the dollar by continuing to buy bonds?

With increased unemployment homeowners are even less able to pay their mortgages…it seems nothing can be done to avoid this scenario.

I’ll tell ya…I’m dissapointed at the slow speed of price drops in any market where an average person would actually want to buy real estate.

[quote=“Elegua”]I’ll tell ya…I’m dissapointed at the slow speed of price drops in any market where an average person would actually want to buy real estate.

Could that mean that it was appropriately priced for the area?

What’s your definition of where an average person would want to buy? You could buy in anywhere in California, New York, or Nevada. Those are pretty hard hit areas with drops of 30% to date (expect more). So are Atlanta, Miami, etc.

Oyster Bay is in NY, so is Westbury or Ossening. Which would you rather live in? Which market has dropped back closer to the historical levels?

Could that mean that it was appropriately priced for the area?

That is one interpretation.

But that interpretation is closer to the logic that mis-priced all of those risk-free assets. In my mind unless something has fundamentally changed in the location, or that the fundamental nature of the market has changed; all it means that owners are still in denial over declines in their most valuable asset.