“Rumours of a link between the US first family and the Nazi war machine have circulated for decades. Now the Guardian can reveal how repercussions of events that culminated in action under the Trading with the Enemy Act are still being felt by today’s president.”

Isn’t there some limit on how many times this adolescent conspiracy drivel can be posted?

From the same article, which notes that the Thyssen family was one of the wealthiest in Germany and had investments in assets in all manner of banks and companies. One just happened to be a Bush family enterprise, but let’s look closely at this major scandal…

In 1941, Thyssen fled Germany after falling out with Hitler but he was captured in France and detained for the remainder of the war.

There was nothing illegal in doing business with the Thyssens throughout the 1930s and many of America’s best-known business names invested heavily in the German economic recovery. However, everything changed after Germany invaded Poland in 1939. Even then it could be argued that BBH was within its rights continuing business relations with the Thyssens until the end of 1941 as the US was still technically neutral until the attack on Pearl Harbor. The trouble started on July 30 1942 when the New York Herald-Tribune ran an article entitled “Hitler’s Angel Has $3m in US Bank”. UBC’s huge gold purchases had raised suspicions that the bank was in fact a “secret nest egg” hidden in New York for Thyssen and other Nazi bigwigs. The Alien Property Commission (APC) launched an investigation.

But if Thyssen had already fled Germany because of his fallout with Hitler and this money was his and he was clearly not supporting the Nazis, how could it also be for Thyssen and “other” Nazi bigwigs?

This story has so many holes that it is sucking air among other things. Nice try but back to the enlightened “gotcha” views of the Guardian. What has this paper become a sophomore Marxist rag at a second-rate university. And like man, the establishment is like making billions while the poor suffer… and like there is oppression in the Third World like all so we can get cheap coffee and bananas and like the peasants man they really suffer.

“Rumours of a link between the US first family and the Nazi war machine have circulated for decades. Now the Guardian can reveal how repercussions of events that culminated in action under the Trading with the Enemy Act are still being felt by today’s president.”

guardian.co.uk/USA/story/0,1 … 40,00.html[/quote]
Er . . . I think they confused Bush with the Kennedys, who are well known to have had Nazi ties, and to have built their initial fortune through smuggling.

Even if true, so what? I don’t fault a person for what his granddaddy did.

Isn’t there some limit on how many times this adolescent conspiracy drivel can be posted?

so you are saying it never happened?
Typical revisionism by the Bush junta supporters who see virtue in murder and profit…

Not wanting to jump to conclusions, I ask myself:

Is W’s granddaddy running for office?

Is W’s granddaddy running for office?

I sense in you, Tigerman, an inability similar to xp+10K’s to grasp the monumental importance of these charges. Read the evidence again, sir. You will see that Prescott Bush was not only an admitted banker, but that he negligently or knowingly worked for a firm that not only invested in post WWI Germay, but may indeed have had dealings with an individual who was on such good terms with Hitler that he was forced to flee the country.

But since I suspect that you will continue to deny the importance of these heinous charges, I will grant you your nit-picking point: No, I don’t believe that Prescott Bush is on the ballot this year.

So I guess in the interest of fairness I must add that to my list. Therefore, I will amend my previous statement to say that I am not voting for Prescott Bush this November because:

(a) The man was clearly a Nazi (even if the evidence, the Guardian and the Anti-Defamation League all deny it);

© He is not a candidate in the election. 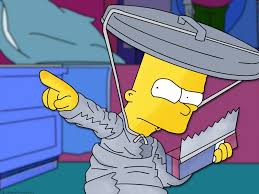 ALL review of these allegations have shown them to be people with anti-Bush agendas trying to connect dots that just don’t connect. But, those who care not one whit for sourcing veracity trot these out on a regular basis to let their paranoid conspiracy theories see the light of scrutiny…again.

And by the way, The Guardian is most certainly not a “… (a notoriously right wing newspaper)…”, if this is a misquote or typo, no offense intended. If this is a sample of the qualitity of your source then I must ask you to re-read and give more consideration to the agenda of the source.

And by the way, The Guardian is most certainly not a “… (a notoriously right wing newspaper)…”

TC, you have to read Hobbes in sort of a different light… er, his are like Leonardo words… er, that is, look at the opposite of what he writes…

He’s one of a kind, in the very best of ways…

Tiger,
oh my…you mean I now have to actually read these posts before I respond to them…well…this is gonna slow down my witticisms, which ain’t necessarily a bad thing…

Hobbes is much better with Calvin. And Hobbesian logic befuddles the mind.

I’m heading for the meadow…dandelion time.

What European fails to also mention is Brown, Brothers Harriman in the early 20s provided a lot of loans to the Soviet Union as well. Many Skull and Bones members of the Brown Brothers, Harriman and the Morgan Guaranty Trust helped to finance Hitler and the Russian Revolution. These elite who manipulate both the so called

If I remember correctly, there was some British dude named Chamberlan who also helped Hitler out quite a bit.

In WWII, European’s grandparents were probably busy informing on their Jewish neighbors…then looting their homes after they’d been sent to the camps.

[quote]That year, Anne, who had an ambition to be a writer, was given a red and white check diary for her 13th birthday and immediately started writing about her experiences.

The annex was raided by the Gestapo on the 4 August 1944 after a tip-off from a Dutch informer and the eight occupants sent to Westerbork, a transit camp in Holland, and then on to Auschwitz and Bergen-Belsen.

Anne died weeks before the liberation of Bergen-Belsen as did her mother, Edith, and sister, Margot.[/quote]