How dangerous is Omicron?

look at the data from the rest of the world, Omicron isn’t serious–

The confirmed counts shown here are lower than the total counts. The main reason for this is limited testing and challenges in the attribution of the cause of death.

I really hope the government understands that Omicron is safe

It’s not about death. It’s about shutting down the whole system of services and logistics, work, daily life.

We will see the extent in coming weeks as death numbers are trailing behind infection numbers in time.

And going into lockdown for months on end would stop that how?

We will see the extent in coming weeks as death numbers are trailing behind infection numbers in time.

Please post facts how you can identify Omicron deaths without testing for Coronavirus widespread!
So far excess death statistics don’t mirror omicron activity for what I could see.

Graphs and maps from EUROMOMO

See how excess deaths went downwards since omicron is spreading in Europe. So actually without testing for coronavirus we very unlikely will see any excess deaths! Quite the opposite actually

You misunderstood what I said:

WHO officials have long cited a lag between case counts and deaths, with changes in the death counts often trailing about two weeks behind the evolution of case counts. 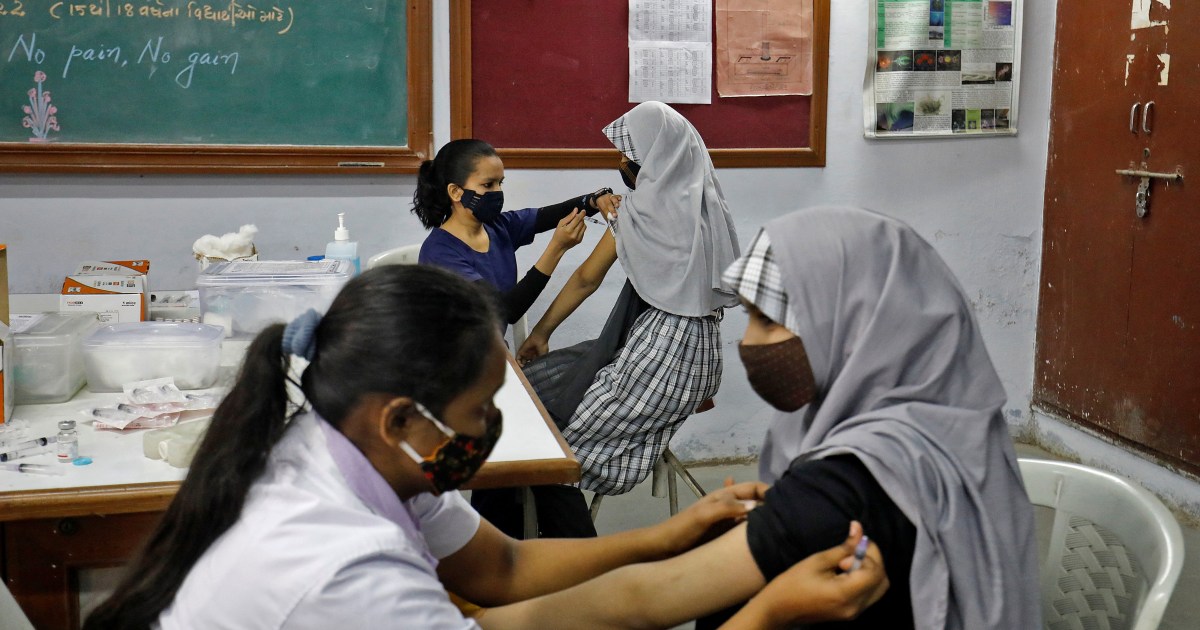 WHO chief says Omicron variant appears to produce less severe disease but should not be categorised as ‘mild’.

I really hope the government understands that Omicron is safe

I recommend reading the article linked above.

even that lag is not there anymore for Omicron - or actually much shorter. Plus as I said - I contradict your argument because I don’t think with 8000 tests or similar used for contract tracing any clear deaths number can be found.
If they test people dying - they will find. But that will happen a little later- cause Omicron mortality is like 1 out of 1000 or less. So if there are 5 deaths per day you can say we actually already had 5000 cases or more (except there is a cluster in an elderly home - preferably non vaccinated elderly home).
Google “COUNTRY Coronavirus” and go through examples like UK, Norway, Finland, South Africa, Denmark, Holland, France where omicron is spreading since a couple of weeks. Really hard to find out about that even only from the deaths lists. They’ve been declining mostly with the drop down of Delta.

You linked global numbers above. And I simply said covid deaths are lagging weeks behind case numbers. As case number just recently jumped globally, the death numbers will be visible in coming weeks in said graph.

“The omicron variant is hospitalising and killing people”

The unvaccinated. Who have had more than enough to get the jab. Why should everyone else give up months of their life to protec them?

If youve been jabbed, odds are, youll be fine.

the death numbers will be visible in coming weeks in said graph.

Which will largely be the unvaccinated. They’ve had more than enough time to get the jab.

If you’re vaxxed, the majority of people will be fine.

We shouldn’t lockdown to protect the unvaccinated.

The age difference in dying is huge - even more for omicron. That’s why there is still debate if 1 out of 500 or 1 out of 10.000 infected persons dies. So assuming in Taiwan in 3 weeks 10 people have died - how many cases are there now?

I wonder if Taiwan in the coming weeks is even able to test everyone that comes with flu symptoms to a hospital. The testing capacity is tiny vs other countries. So they could even be missing many of those died with or from coronavirus if they decided to try testing for contact tracing. It’s really not possible to tell if those numbers will mean anything.

Much more interesting will be the positivity rate on tests. If that one is increasing we know that coronavirus is on the lose. That will be the best indicator.

Omicron isn’t particularly dangerous from what I can ascertain . In fact it’s probably beneficial for 'herd immunity '.

The problem they face overseas is it’s incredible rapid spread making so many people sick at the same time. However I think it’s temporary and the epidemic is peaking in some countries already .

Having unprotected sex with a Vibe corner monster is definitely not “safe”.

But totally worth it.

Omicron isn’t particularly dangerous from what I can ascertain

As most news outlets have been reporting, it’s less deadly but it’s a heck of a lot more infectious. The problem with the high rate of infection is that more people get it, which means that that lower percentage of possible bad outcomes now have a lot more people to work with.

Your chance of dying might be a fourth as likely, but if there’s four times more people getting infected, hospitals end up with the exact same number of critically ill patients

Your chance of dying might be a fourth as likely, but if there’s four times more people getting infected, hospitals end up with the exact same number of critically ill patients

Anyway, it didn’t work like that … past tense. It’s basically over in S.A., and the UK curve is trending down. As topofan said, deaths trail infections, but so far there are only 800-odd cases with Omicron in hospital in the UK, out of 650,000 identified cases. Most people probably aren’t even bothering to get tested or report their results, many of those hospitalisations are probably for non-COVID reasons, and most of the ones that are COVID-related are probably the old and sick (if the observations of the last two years still holds).

In other words we’re talking about less than 800 old and sick people being hospitalised out of more than 650,000 cases. The average person’s chance of ending up in hospital (nevermind dying, which is almost unheard-of) is very small indeed.

That’s not to say it’s not nasty. My mum and my sister both had a rough time with it. But in the grand scheme of things, it doesn’t seem to be something to panic about.

getting infected, hospitals end up with the exact same number of critically ill patients

I’ve followed the situation in some.countries such as Ireland and the UK and ICU numbers really haven’t jumped much and in Ireland have even gone down a little recently.

It just seems a tonne of people are off sick more than anything . Probably by next month it will have burned out , at least this variant anyway.

Hospitalisations up but ICU numbers steady. I really hate to use the term but with the Omicron variant it really looks more like a bad flu season doesn’t it.

Up to 15,000 healthcare staff out sick with Covid or as close contacts