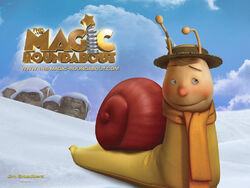 I believe that a lot of accidents could be prevented just by banning U-turns.

Or a block where you had right angled turns.

I’ve seen that in some roads they have the “no U-turn” sign and a camera right above it. Maybe it’s a better solution to automatize the ticketing too, so you don’t depend on the “niceness” of the cops to file a report.

I’ve done that to avoid left and U-turns, but it only adds pollution and traffic to secondary streets. Roundabouts are the solution, but for some reason Taiwan don’t build them. Maybe the US doesn’t want Taiwan to have them XD.

Kaohsiung has a few, most of them still have lights for reasons i dont quite understand

Largely, though, right of way tends to follow a similar principle to the rule of the road in Thailand: if I’m in the way, I’m right. So maybe roundabouts are a solution that causes more problems…

I think Taiwanese can’t read the 讓 and 停 characters.

Jokes aside, it is a matter of political willingness. I remember travelling in Europe in the mid 80s. France already had roundabouts everywhere while in Spain they were scarce. Spain started building them (in significant numbers) by the end of the 80s beginning of the 90s. There was a HUGE campaign explaining how to drive them and the signalling at the beginning included gigantic yield signs and signs with the leyend “Remember, you do not have priority” for the vehicles aproaching the roundabout. So, at least the most important rule: vehicles inside the roundabout have priority; was learnt and followed by almost everyone quickly.

Now, it does not look like Taiwan has this kind of willingness for anything towards increasing travel safety. Sometimes, I think they use the big DUI cases as a scapegoat and smoke screen.

Sometimes, I think they use the big DUI cases as a scapegoat and smoke screen.

The pattern seems to be something like: crisis, crackdown, slack off/forget, repeat.

In the process, they also send the message that alcohol is the root and cause of everything, “please don’t mind the dead pedestrian that was walking on the street because there isn’t a sidewalk”. And that they are doing everything that can be done by being very angry with the drunk driver.

Roundabouts are the solution, but for some reason Taiwan don’t build them

Roundabouts, streets with more than one lane per direction and lots of motorcycles would be a recipe for disaster IMHO. Don’t get me wrong - I thing they are a great solution for one-lane-per-way-roads as an alternative to four-way-stops or even traffic lights. But I doubt they would work in Taiwan (especially inside the cities).

The general focus seems to be on the fines, which by themselves seem not to do a whole lot to deter people, at least at not on a large enough scale.

How can people rack up so many fines for dangerous driving before the police/relevant authorities go after them, how do they still have a license/vehicle, no retesting or mandatory supplemental driver’s ed. class (would also require a reform to driver’s education and better infrastructure in general).

The “I tried nothing and I’m all out of ideas” approach?

For the situation I mentioned…I felt was wrong for the mother to scold her cautious daughter to run in front of my car. Of course, I should yield to the child but since there was such a large gap between mother and daughter 95% of Taiwan drivers would have driven forward when the child stopped and moved to the side. The mother simply yelled at the child, turned around and kept moving…never looking back to see if her child was safely moving in front of my car. You guys are going to need to up your wack game if you want your photos to even make sense to me now.

Yep, that’s pretty normal here. It was worse before. For years, it had signals forbidding parking (there were ALWAYS parked vehicles anyway) that permanently and completely blocked pass. Now, sometimes we can even go through.

That’s a three lane per direction road with a speed limit of 60 km/h that nobody follows. In an urban area, with a sidewalk to access the zebra crossing that is not wide enough for a baby stroller.

The wack thing in your story isn’t that there is somehow a sidewalk, it’s that it isn’t completely blocked by random stalls, junk, bikes/scooters, cars parked up on the curb for whatever reason, trees blocking the whole thing, or power boxes.

Not quite, have only seen ring-roads around intersections. Thats why traffic lights are needed.

Had a lady slowly get on her scooter and she saw me the whole time as I was getting ready to cross a small side alley road/street (only about 1.5m-2m wide) and somehow decides to perfectly time herself to try and squeeze herself in between me and the curb…I just want to cross the street/alleyway/w.e. in peace without someone trying to run their scooter up against me.

I was so flabbergasted by her actions as she obviously saw me and should have just let me cross that I accidentally let out a “bad word” (not really that bad…compared to other choice words, but maybe enough to get sued)…got me thinking that I’d be more likely to get in trouble for saying a bad word and hurting her feelings than her trying to run her scooter into me.

What’s the purpose of incommunicado?
I’m all for harsh punishment to fit the crime or to keep dangerous people off the streets pretrial, but I feel the right to speech or to listen should never impaired.
This question refers to not only this case but other cases. Especially where judges put gag orders on people who may have important things to say.