Even as a young able-bodied person in decent health these things are annoying. Always have to step over things or turn sideways to get through things. I hate these things they put on corners to block scooters. Instead it just makes an area meant for pedestrians to cross an annoyance and people will start crossing somewhere else instead of the designated crosswalk.

It’s actually not as bad as it looks in the picture, there’s quite a bit of space in the cutout there. The problem is more likely to be the bus drivers who even when running a route on a straight line will swerve in and out to “try” to finish their route one or two minutes faster.

A video by a YouTuber that uses a wheelchair, it’s in Chinese, but the situations are pretty self-explanatory. Maybe politicians, city planners, police, etc should be forced to use wheelchairs. 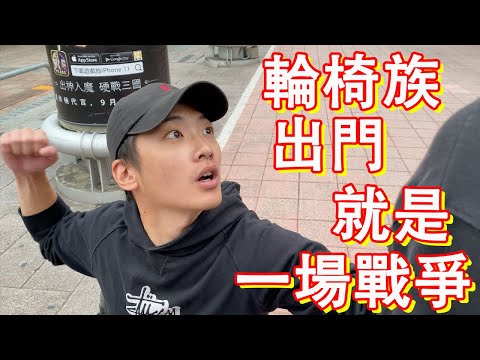 Edit:
Right after posting I noticed he had an update video about a year and half later where it seems his video was able to make some changes/improvements in some areas, but hopefully such glaring issues are taken care of quicker rather than waiting for someone to lose face or someone having to make a video that blows up with tens of thousands of views. 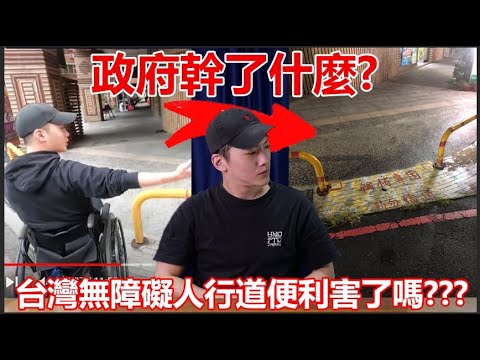 I’ve only watched the first video but I must say BRAVO to this guy. Every city planner and every driver should see it. I’m glad the guy didn’t shy away from expressing his frustration. Did I understand correctly what he wrote on that car? 亂停車死(幹)全家

That picture posted above still have more space than near my area of zhonghe. Here there is no space for even walking pedestrians, let alone wheeelchairs. For pedestrians the choice is always between being aggravated on the sidewalk, or terrified on the road.

That’s if there even is a sidewalk to begin with

Makes you wonder when this TW traffic “culture” started. Obviously in the Japanese period there were almost no cars in Taiwan, or very limited (and also driving on the left side of the road). Then when cars became mass affordable it became an instant shitshow for pedestrians?

I think the real issue is not a driving or traffic problem, in the sense of how to operate the machines. this is a cultural special awareness and respect for other people problem which rears its head in nearly every aspect of Taiwan life, not just driving. hang around a busy store and see how often certain groups of people just rush in front of other people to get through the door first. same issue. just one example out of many.

my wife does this. and she is generally a very polite, respectful courteous person. but she still has that little Taiwanese me first thing in her in some situations. It offends people when we visit canada.

edit. totally forgot I took a picture of the perfect example today. I was finishing up one location and delivering to the next. a rice planting machine parked in the middle of the road and left. my truck couldn’t get around it, obviously.

i walked a km in both directions asking all the other farmers whose itwas and to move, no one knew. 1 hour later his truck came zooming past me and wlhe jumped in and started doing his field. iwalked there and waited and he skipped down to a further field. fully red hot angry i walked through the field to his lower field and just squatted there waiting. hairy bare foot white guy in boxers no shirt with zero emotion, just staring. he stopped and gave me the usual what do I want. told him that’s my truck and continued silence. then apologies, all the politeness in the world came out. I dont hold a grudge and was already calmer and said fine, give me.your phone number in.case I need to call you because there are people living down that road he blocked. obviously didn’t want to give phone number in this level of being wrong. end of the day, dont park there, please park to the side of the road.

these are back country farm roads, no issues to pedestrians. but it lends to the point this isnt really a bad driving thing so much as a selfish/entitlement/spacial awareness/idiot thing. or a combo of all of them. I wish I could say this doesnt happen every couple days all around various places we work, but it does. I also wish I could say he definitely didn’t get some balls-poking-outa-boxers action, but stone cold straight face. he wont park there again. or he will have his video camera ready. either way, point made.

picture proof of this etard. as it should be

Indeed. But they did so enough to have sayings here that imply such unicorns. Like “Bu yao ma fen”, then evolved into “let’s just not fight” in reality. In japan we saw car accidents, some serious, met with bowing on the freeways (the ones that could walk) and rational discussion. I was left a bit shell shocked for a few days.

That ethos took quite the hit between 1945 and 1949, a time marked by varying forms of corruption, nepotism, hyperinflation, state violence (extrajudicial killings and disappearances), and a mass influx of refugees from China comprised of people with no exposure whatsoever to this ethos.

Does Han Cheung read forumosa—or is the man just sympatico? 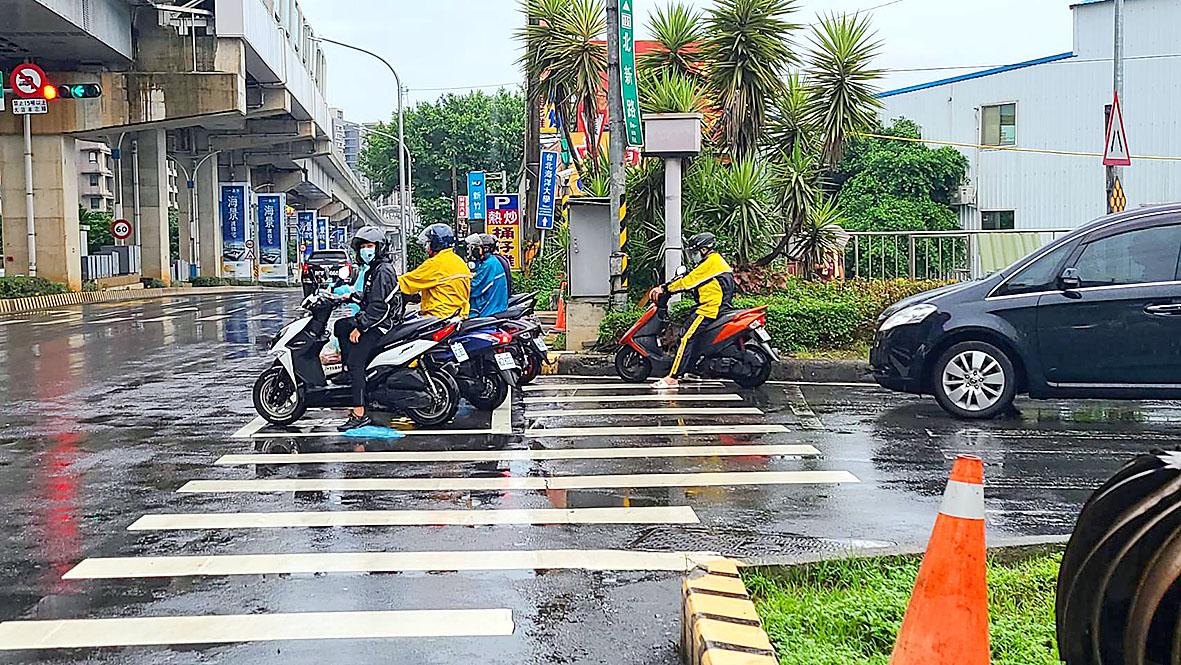 The Japan-Taiwan Exchange Association’s 2021 road safety guidelines pretty much says it all. “Taiwan’s drivers are inclined to prioritize vehicles over pedestrians. Be aware that their driving manners are often not as good. Even when it’s a green...

True, ca 25% of the population can really drag a place down. But who knows how the ethos was in ca 1940, very difficult is gauge since obviously extremely old people have been influenced by later events. Would guess the ethos was “different”, though not like Japan (Taiwan not as homogenous)

So mad…almost got killed by a speeding scooter today on my bike ride.

Does Han Cheung read forumosa—or is the man just sympatico?

@marco, did you see this?

While I wouldn’t discard it, I think the article is just in line with the recent growing popularity of this Facebook Page 台灣是個行人地獄＿Taiwan is a living hell for pedestrians

But who knows what got that one started

But who knows what got that one started

I don’t do the f-book, but if it helps contribute to some positive social change, great!