How is Facial Hair Perceived in Taiwan?

Just as the title suggests, as a soon-to-be foreigner in Taiwan I am curious to know how facial hair is perceived in Taiwan as opposed to other East and Southeast Asian countries.

For instance, is it viewed as a negative physical trait or does it affect how people judge one’s appearance? Are there stereotypes associated with sporting a beard and mustache? I suppose the matter is ultimately somewhat trivial, but I am interested to hear what opinions people may have on the subject.

Just as the title suggests

Changed it to match your topic…

(“Facial hair” means all sorts of things, and women in Taiwan are as paranoid about it as anywhere else where the cosmetics mafia has established itself…

It’s OK for westerners to have facial hair. I grew a beard last winter and the reaction was generally one of curiosity, because most Taiwanese guys produce very little stubble - try explaining ‘the 5 o’clock shadow’ to a class and then check out the general nonplussity (heads up there, OED).

Taiwanese guys with facial hair are usually certifiable - either homeless or artistic, if you can tell the difference.

It’s not an issue.

But finding a good beard trimmer is.

Exactly, its not a big of an issue than the issue of how well you keep all of your hair trimmed. If your not one to regularly trim your beard, then you might find it easier to shave it off.

That said, it would seem the majority of white people here walk around with a tatty/scruffy looking face.

But finding a good beard trimmer is.

Why would you want it?

[quote=“SNL”]Clint Eastwood: Well… it’s about a fella with a… neatly-trimmed beard. A fella, not unlike yourself. Well, this fella… he liked pokin’ his nose where it didn’t rightly belong. Well, that fella woke up one morning and he noticed that his face was a little sore. That’s because while he was sleepin’, why someone had kicked most of his teeth in. Now, what do you make o’ that story?

James Lipton: [ laughs ] Delightful! [ grabs his next card ] Every once in a while, an actor creates a role that touches us in such a way, God himself says, “Bravo!” That role, for me, was that of Hogan in “Two Mules for Sister Sara”. In my opinion, one of the greatest roles ever to be captured on film.

Clint Eastwood: Well, that’s a hell of an opinion, and I’ve got an opinion of my own. You really like the sound o’ your own voice, don’t ya?

James Lipton: A reference to me. And now it’s time for the dreaded questions. [ giggles ] Let’s start with: What is your least favorite word?

Clint Eastwood: Well that’d have to be you.

James Lipton: And, finally, if heaven exists, what would you like to hear God say when you arrive?

Clint Eastwood: Well, I’d like to hear him say, as he doffed his cap to me, “Well, Clint, James Lipton is in Hell right now, being raped by the Devil.” I believe that would hit my ear just fine.

James Lipton: Clint Eastwood, on behalf of the Actor’s Studio, and the students before us, I thank you. Any final words?

Why would you want it?

Says the person with a avatar that appears to have a guy with a neatly trimmed moustache!

[quote=“SNL”]
James Lipton: A reference to me. And now it’s time for the dreaded questions. [ giggles ] Let’s start with: What is your least favorite word?

Well I guess you could always walk around with a tatty beard and hope the people you meet in Taiwan are all like clint eastwood!

Yes, I have a feeling that unlike some of my past residences, a good straight-razor shave at the barber is out of the question.

Still, it’s good to know that I won’t be totally out of place. I definitely see what you mean about keeping things neat and kempt, too–I typically don’t aim to be homeless or artsy. However, it really seems quite convenient that we fellows can grow ourselves a mustache as a topic to fill in the void in a polite conversation.

Doesn’t it get really uncomfortable in the heat and humidity?

Doesn’t it get really uncomfortable in the heat and humidity?

I think facial hair must be perceived as a status symbol. After all why would all of the old men have those ridiculously awful 4 inch mole hairs.

ZZTop is so cool in Taipei. Just make sure you ride a Kymco Wolf and you’ll go down a treat.

The longer the beard the better. Women go nuts for facial hair here. I have not shaved my eyebrows for years.

Sorry for the bad name above, it’s a Kymco Zing you’ll need.
Can’t edit on the blackberry either. 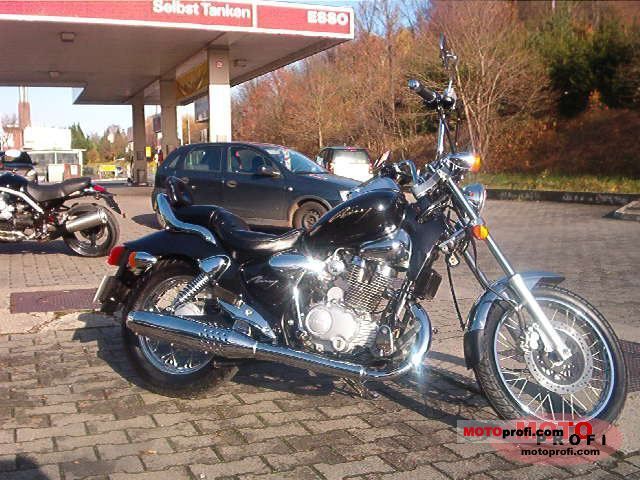 I have had no trouble with my neatly-trimmed beard or with finding people to neatly trim my beard, although I haven’t run into Clint Eastwood yet.
I go to a local men’s barber (“thi thao tiam”) but you must be careful that there are actually barber chairs immediately inside and that it is not a giant, garishly-decorated building reminiscent of a seedy KTV that doesn’t appear to have any barbers.
The nice ladies always give me a clipper trim first, touch up with scissors, put on a hot compress, and then shave with a straight razor … not unlike the barbershops of my youth. The fancier salon type places, on the other hand, will likely scowl at you and tell you they don’t know how to cut beards.

[quote=“dahsiung”]
The nice ladies always give me a clipper trim first, touch up with scissors, put on a hot compress, and then shave with a straight razor … not unlike the barbershops of my youth. The fancier salon type places, on the other hand, will likely scowl at you and tell you they don’t know how to cut beards.[/quote]

Now that does sound nice, indeed! How much does a shave cost on Isla Formosa?

Facial hair here is sexy…for the simple reason that you look older (which Taiwanese like), and Taiwanese guys can’t grow beards, which make you more “masculine” than them. Just don’t let it get too long that it makes you look like a slob.