It wasn’t raining when I woke up. It was starting drizzling when I went out. It was mostly raining all the ride, specially on my way back. If not for the weather, the best day to climb to Chinese Culture University. Even when I was living in Shipai I didn’t ride it more than a few times due to its heavy scooter traffic. image4032×3024 2.01 MB
Get to Gongguan about to start the ride rear wheel spoke snaps, limp ride back home switch cassette over to spare wheel and another go, bike felt different , same tyre different wheel, we become very tuned to our bikes. So 1000nt for repairing.

My Di2 has gone into sync mode switches chain on chain set going up or down cassette. Needs software reset. I did have Shimano installed on a windows old laptop, but because windows is so shit i installed Ubuntu, tried installing software with Wine no success. Looks like best option blue tooth module can use shimano e plus from my apple phone 2000nt
Think cause was battery in seat post connector starting to corrode! Cleaned up and sealed with silicone. Don’t ride in the rain!
5 grande having to escape from my tight wallet

I decided to knock out my 2023 goal of riding 160km as the weather forecast looked decent and I had a feeling that a lot of people would be home with their families. Overall, much less cars and cyclists than a typical Sunday.

The roads were wet and the misty cloud cover was much lower and thicker than most days. The last 1km before the Lengshuikeng Visitor Center there are no street lights and it was definitely uncomfortable. I have lights but they don’t help much with that kind of cloud cover in the dark.

Looking down on the northside valley standing above the clouds, the blue sky was quite a sight. I was heading to the coast, and I was hopeful that by the time I arrived the clouds would have fully disappeared, but no such luck. On the coast there was no sun and a bit windy, but at least not the demoralizing kind of wind.

I also had my first encounter with someone sitting on my wheel which I have always heard about. I pretty much towed him for about 20kms+ and he was barely a half-bike-length behind me. I wasn’t quite sure what to do as I didn’t want to stop or let him pass…only to pass him again after 5mins. I guess this is good practice for my 2023 Tour de France bid as a lead out man I thought I was an early starter, bit it’s rare the day I start before 6am.

I go to bed so early it would put most 70 year olds to shame, so that’s how I do it. But I’m finding a 5am start in winter is not so advantageous like in the summer to beat the heat.

I thought I was an early starter, bit it’s rare the day I start before 6am.

There’s a bit of serenity to being out and about in the city at those times.

Nice to be back on the bike after a week.

I saw elevation 3,019 and thought wow how did you manage that, then realise ft not m.

Don’t thank me. I’ve spent a good amount of time of this evening trying to eliminate the rubbing of the pads against the rotor. I miss post-mount. At least, I succeeded in the end.

So, was it your first ever ride in Taiwan? What are your thoughts so far?

Mountain roads are tough to climb but I’m enjoying it so far. The views are worth it haha The first day on my HuanDao, just having a little rest past Keelung. Onwards and upwards Stopped for a hot coffee in the Hi-Lite. Descending 101 I almost had an agong as a second breakfast. He stopped and did a U-turn without looking. I had to break so hard that the whole rear end took off and slided towards the left. In these situations I can only speak Spanish, so he earned an ¡imbécil! from me. I have to learn how to insult in the local languages under stress. They deserve to know my opinion.

I wasn’t quite sure what to do

Whatever you do, don’t make any physical gestures at them. That can be interpreted as public insults which is an offense.

have got people in trouble before. Especially foreigners.

Far better to curse them in a language they don’t understand. You feel good, they have no idea but they’ll never learn anything about it anyway. So relax.

I was (not really) considering a clearing my nasal cavities to dissuade him. But it does seem weird to attach yourself to someone’s wheel without even a hello or a wave. I mean…buy-a-guy-dinner first

The situation did remind me of a video that has gone a bit viral with a very fit amateur rider on the wheel of Remco Evenepoel and Remco waving him off his wheel. 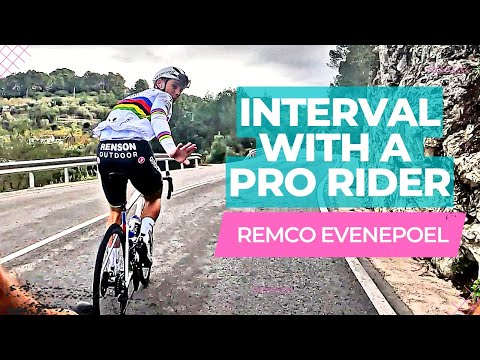 I love the sketchy broken glass on top of that gate at Datunshan.

If you can trust your bowels that much I envy you entirely!