HSR conductor asleep at the wheel for 13 minutes

A HSR conductor with a sleeping disorder fell asleep at the helm for about 13 minutes last month. He was repeatedly blacking out going north from Gaoxiong right after passing Yunlin. Fortunately, the control center was able to put the train into auto-pilot mode so that it could safely pull into Taizhong and the conductor could be escorted off the train. The Apple Daily has the ever entertaining video.

Of all the idiotic things. I hope he was summarily terminated from his job and, if he knew he had a sleeping disorder that caused him to black out will promptly have criminal charges filed against him. No catastrophe this time, but it IS criminal to take the wheel when you know you’re likely to pass out.

Come on, do we really trust the news to give us 100% accurate information? Do we really think the HSR would hire someone with a sleeping disorder? One of the reasons that people can take so much shit in Taiwan is that the MSM here is more entertainment than real news.

Did the Apple say the HSR knew he had a sleeping disorder? I don’t think the OP said that and I can’t read the chinese. It occurred to me, too, that maybe there’s no medical condition at all but it was just a matter of him staying out late drinking with his pals then sleeping on the job. Either way, if he was asleep 13 minutes while driving the train he should definitely be fired; if he DID have a known condition that caused him to black out HE should be prosecuted. If he had such a condition and HSR knew it they should be punished as well.

The article says that at the time of the incident, he had an undiagnosed sleep disorder and that he had been taking sleeping pills borrowed from a friend for more than a couple of months. Moreover, there seems to be some sort of breathalyser and blood pressure check-in that conductors have to go through before they can board and he appeared normal when he went through that. Also, the conductor in question has since been fired.

So we got incompetent news outlets, incompetently reporting on incompetent drivers who found work through incompetent management whose incompetence stems from their hiring practices???

my head may explode

“Wow, this train got us to Kending a lot quicker than I expected!”

“Does this train even go to Kending?”

A high speed train without a dead man’s switch? Not likely … or is it?

[quote]A dead man’s switch (for other names, see alternative names), as its name suggests, is a switch that is automatically operated in case the human operator becomes incapacitated, either through death, loss of consciousness, or some other type of incapacitation.

Yeah, but the dude’s a Taiwanese train driver. How would the machine be able to tell the difference between asleep and awake?

A dead man’s handle or other vigalence device is virtually standard on diesel and electric locomotives (other than some really basic and simple or old shunting engines). The basic idea is the driver must repeatedly press a button at an interval or move a handle etc. If he (and yes, it is virtually always a he in Taiwan) fails to do so the brakes will be automatically applied to shut down the train’s movement. The interval can vary but I don’t believe it is ever more than a couple of minutes.

A dead man’s handle or other vigalence device is virtually standard on diesel and electric locomotives (other than some really basic and simple or old shunting engines). The basic idea is the driver must repeatedly press a button at an interval or move a handle etc. If he (and yes, it is virtually always a he in Taiwan) fails to do so the brakes will be automatically applied to shut down the train’s movement. The interval can vary but I don’t believe it is ever more than a couple of minutes.

The system worked. According to the news reports, the HSR deadman’s switch reports back to the control system if the driver doesn’t do anything for one minute. That happened twice and the control center sent the conductor into the cabin to check up on the driver who had dozed off and was not full conscious. The control center activated the automatic control system and remotely piloted the train to Taichung where another driver was waiting.

Maybe they should have two drivers on each train and should test drivers for drugs including sleeping pills. Taiwan’s doctors hand out sleeping pills like candy.

Homer Simpson did something like this when he was monitoring the nuclear power plant: 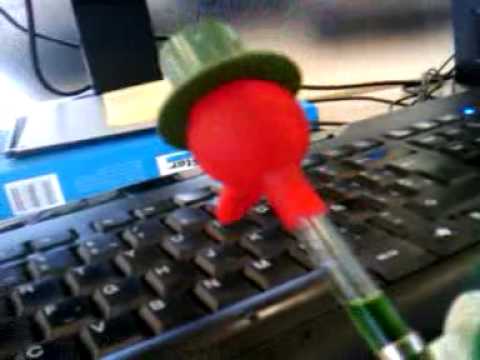 I once almost fell asleep standing up in a class many moons ago. I thought there was something wrong with me until my boss told me to stop taking the sleeping pills my doctor must have given me.

It was during my early days here and I was so pissed that a doctor could have prescribed four sleeping pills a day to be taken with all the other M&Ms he had put in a handy little translucent bag for my convenience. I later confronted him and asked why on earth he would give me so many sleeping pills in a day when I had no complaints about poor sleep patterns and he told me that because I had a heavy cold it was best if I took plenty of rest.
Apparently the doctor thought it best if I rested whilst at work and during my commute by motorcycle without letting me know in advance.
The second time I ever went to a local doctor they gave me the wrong medication and I ended up having to seek a hospital clinic to sort me out. Came very close to a minor operation.

That was the last time I ever went to an exterior clinic. I’ll always go to a hospital now as I know the doctors don’t always make a profit from prescribing incorrect or unnecessary medication. I haven’t had another problem yet…

Maybe he wedged a toothpick in it like they do with the video gambling machines so he could put his feet up on the console with his shoes off.

This whole country is asleep at the wheel.

I’ll always go to a hospital now as I know the doctors don’t always make a profit from prescribing incorrect or unnecessary medication. I haven’t had another problem yet…

I know someone who sells medicine to hospitals and there are incentives even there to over prescribe or choose one drug over another. There is no escape from this. I regularly have any and all drugs prescribed to me cross-checked by a friend in Europe who works in hospital and has access to the pharmaceuticals database. What’s on offer here is often obsolete and / or prescribed in wildly different doses from the EU.

The country has a wheel?

The point of this systems is that you have to press and release, usually in about 30 to 60 second intervalls, if you press it all the time it reacts too (hence the “dead man switch” name in German because if the guy is dead and lays/presses on it all the time than it reacts too…).

Seems the system worked but not sure why it can be overrided here and first somebody has to go and check the dirver, than they switch to auto.
Usually it just leads to a warning sound, if you dont react it goes on a full scale emergency stop.
Maybe they changed that here as they don’t have other trains here and they don’t cross lines, have slower trains on track, etc., still a bit strange.