Don’t expect to find them unless you have a helicopter.

The forestry bureau in eastern Taitung county recently made the exciting discovery of hundreds of 1,000-year-old Taiwan red cypress trees.A forestry b...

Oh dear !. Lovely trees. My fear is that they will end up as expensive, ugly furniture in Taiwan

The pull of Mammon is always stronger in the end. 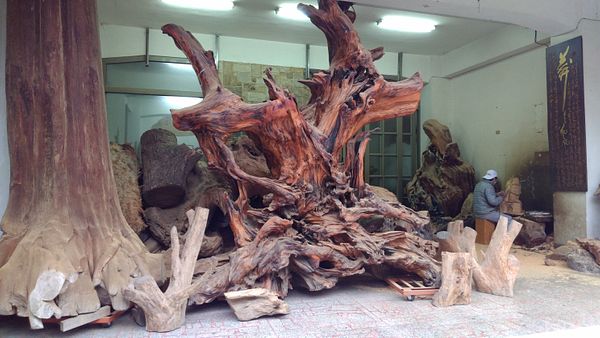 The fight to save Taiwan’s endangered trees is ensnaring migrant workers – but at the expense of the real criminals? 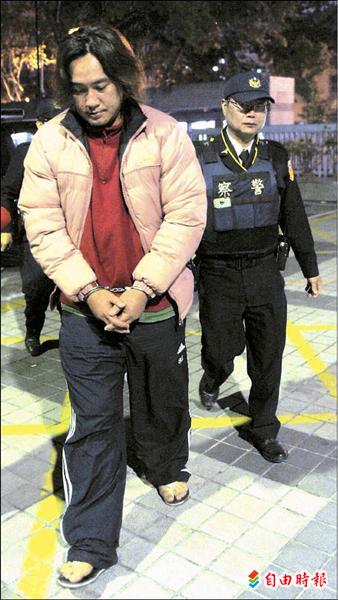 Those looking to sell rare protected red cypress usually work with those familiar with the terrain and either lop off the burl part of trees or hack the entire tree into pieces, and then let them float down a stream before collecting them with some type of net, then transport them in the night. The three parts operation will claim not to be associated with one another. They would claim to just found some red cypress bits in the water, or just transporting them, and not to be involved with the killing of those trees.

In recent years, the government has been identifying the DNA of trees and trying to link the suspects to the trees they chopped down. So in addition to hacking the tree to pieces, perps would also set fire to the tree trunks, to char them beyond recognition.

If Taiwan is actually serious about stopping tree poaching, they should put an end to selling anything made with these trees.

I love the term “mountain rats.” It describes these scumbags perfectly.

Yeah the whole trade should be banned the trees are far too precious.

Taiwanese criMinals are using Vietnamese runaways to do the cutting and transportation .

There are other ways in addition to DNA that we can use to identify the trees and the source of the wood right down to a given area. Also how hard is it to put remote monitoring on site ? This is Taiwan FFS.
Anybody willing to put some heads together? 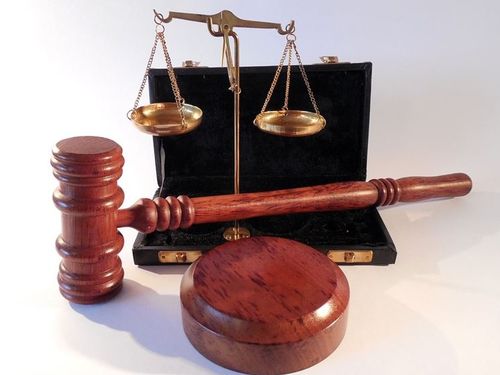 Taipei, Feb. 12 (CNA) Six people in central Taiwan have been sentenced to a maximum three years and six months in prison for cutting down a protected tree species in the mountains of Taichung, according to a document issued by the city's district...

Forest bureau should tag every tree over a certain size… Maybe do that with drones.

They should out a network of sensors on every tree and cameras in the groves .Its really not that difficult . They are hopeless 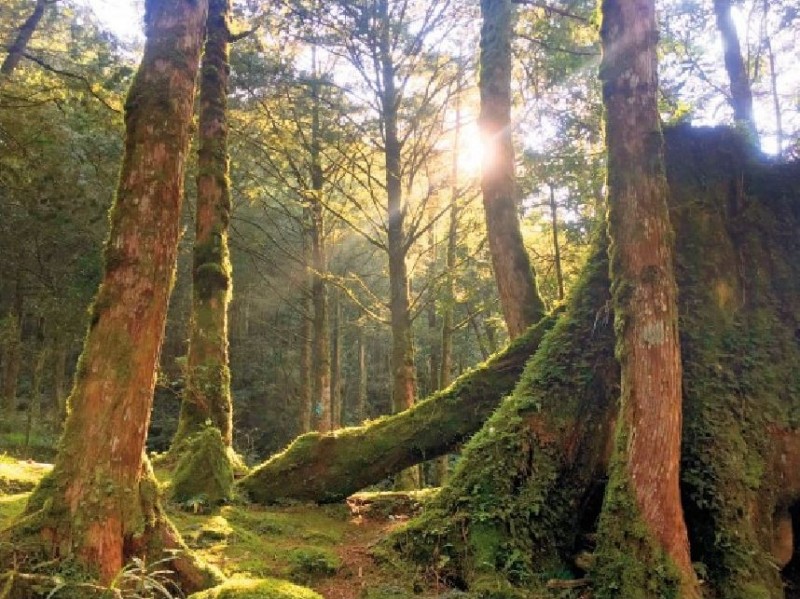 The illegal loggers should be treated the same way big game poachers are treated in Africa; shoot on sight.

Its a scary game here. The strangest and most inteesting things are forestry is an industry foreigners are not allowed to play in. So its 100% taiwan run face losing criminal shit. Which is why it isnt advertised too much.

The customers in taiwan are iften religion related and is almost virtually a taboo to mess with them. Ornjust suicidal. Same diff.

In the beggining i never understoof why taiwan was so strict on collecting drift wood from beaches and rivers. But as described above its obvious. People die in the rivers here fighting over logs.

Even more ironic is cypress (cedar). They can import bigger cedar logs cheaper from more corrupt nations like canada. The wood is harder and of better quality. And the exportinf countrys government not only allows it but promotes it is as good business. This is how you know criminals are dumb as they could get better quality for less legally while also getting a pat on their backs at home for improving trade and the economy.

People interested can google British Columbias old growth logging. Its on the scale of bad in the seriousness of the amazon and borneo. Just better replanting management.

When the taiwanese figure this out, following a likely similar but far less thought out timeline as japan did for cedars, then we need to worry about the real issues of illegal logging here. Endemic species and species that dont have a large range. Zelkova and bull camphor for example. The bull camphor is right fucked as the stem rot causing fungus found in large trees is very healthy like reishi. And as yet we cannot fruit them in culture and as such chunks of wood are pulled out to grow them. Still some good aized trees around, but they are dissapearing fairly fast. At 7k per liang wholesale for the fungus it wont stop soon. Then there is the wood and essential oils sold on top.

Forestry here is a joke. Corrupt. And invved on every level. The ironic part is its often the universities who are more to blame than the mountain rats, TCM traders, wood manufaturing companies etc. The schools and gov are some real douche bags all the while teaching students about conseration and the like. Infuriating

Forestry here is a joke.

A different issue here not involving these kind of rare old trees, but when I drove up Highway 37 in Miaoli County recently (mostly a narrow one-lane road through the mountains) it seemed pretty carefully managed, with occasional clearcut sections and the majority of sections in various stages of growth. Nice drive

Nice to hear. They are employing canadian style tactics of do it right, near public roadways.

We do a lot of forestry work in Miaoli as well. And althout its better there than in the south, it really isnt good still. One thing is ecology and how logging affects the environment. The other issue is illegal cutting of protected species. In legal plots its common to cut literally everything and replant. Some serious logic issues. Necer mind road construction, waterways etc. The one nice thing about logging here is the gov is usually fairly serious about no digging. Even new roads are incredibly hard to legally create…thiught there are so manybold ines its not truly necesaary to make new ones most of the time.

That all said. Sometimes a pretty drive doeant really have any to do with nice forestry practice. Most people see green and no garbage and smile along their pretty drive

fair enough. But its not that easy.

Taiwans saving grace is that the mountains here are often quite extreme. This limits things a lot, especially on scale and size of equipment. Which is why you see them roll shit down the mountain to river instead of trucks or hellilogging.

The fines for illegal logging are also nothing. Unless its parkland or an endangered species. Thankfully they have foreign workers and aboriginals to take the blame. Next time youre in a temple, alishan wood furniture shop etc, realize most of that million dollar luxury was super illegal and terrible all around. Even worse is all the taiwanese mpuntain rats in places like africa, south america, burma indonesia etc…they take mountain ratting to a whole new extreme. And the gov here loves to help them.

Taipei, Dec. 24 (CNA) A special team organized by three district prosecutors offices in central and southern Taiwan arrested 22 suspected members of an illegal logging ring and seized 50 tonnes of timber worth more than NT$100 million (US$3.32...

50 tonnes of either of those species of logs here wont equal 100 million. They are probably including the final sale prices in some of that as they no doubt found carbed goods.

What i find intetesting is that the bulk of this issye is directly due to temples (probably easily 80% plus).

So this part is in reality a joke:

[quote]
Under the Forestry Act, anyone found guilty of stealing primary forest products or forest by-products, or accepting, transporting, hoarding or buying those stolen properties, is subjected to a jail term of up to five years and a fine of between NT$300,000 and NT$3 million.[/quote]

It is of course variable. In reality illegal logging of bull camphor usyally ends up with 1 to 1.5 years. Cypress maybe 2. If you have a lot, and a bigger term is likely, some poor guy with cancer takes the fall and in the end more forests take the fall as well

Taiwan has a terrible reputation with forestry. Be it local, amazon, mayanmar or borneo…taiwanese as some of the worst environmental offenders around…they arent even shy about bragging about it. I left forestry here for said reasons. Pieces of shit for the most part

Yep it’s a brutal situation given that Taiwan is a biological treasure chest for the world. Terribly mismanaged given its such a rich, so-call well educated , well developed and tiny country .

I’m lucky enough to visit Lalashan and glad to see these wonderful no. 6 (700 yrs old cypress tree) and no. 7 (1400 yrs old) and the most unforgettable was the air it is different it’s like in fairy land. Our tourist driver says there is 3000 yrs old but my knee is killing me and so we head to another mountain.