Was that it though? God the press are pathetic, 6 months after the story surfaces “was it your laptop”, no follow up?

It wasn’t you going into that laptop shop?
The owner has a receipt which looks like it’s your signature, are you saying someone faked it?
You realize that laptop shop is 2 min drive from your dads house, did you know the owner?
Could you have been so stoned you don’t remember taking the laptop to the shop?

Just let it go. Even if you’re sick and tired of not hearing your truth from the press, it doesn’t make it any more true just because you believe in it.

Even better, try throwing the laptop in a lake. If it sinks. it proves — wait what are you guys even trying to prove with this anymore?

if it floats, he’s a Chinese witch.

Not curious to see if Hunter’s right about it possibly being blatant Russian interference in the 2020 presidential election?

Still sour about losing the election?

I’m happy Trump is gone. He was a disaster for the country.

I’m happy Trump is gone. He was a disaster for the country.

Let the possibilities of Russian election interference or influence peddling in high places go because of partisan politics?

Let the possibilities of Russian election interference or influence peddling in high places go because of partisan politics?

That was 5 years ago and nobody got sh*t done or closed their eyes.

What if mups was right and it’s the Russians?

“If we are right,” the group wrote in a letter, “this is Russia trying to influence how Americans vote."

A coalition of former intelligence officials issued a joint letter condemning a recent smear campaign against Hunter Biden, the son of Democratic presidential nominee Joe Biden, saying it appeared to have the hallmarks of a Russian disinformation campaign meant to influence the upcoming election.

“Each of us believes deeply that American citizens should determine the outcome of elections, not foreign governments,” the group wrote in a letter first obtained by Politico. “It is for all these reasons that we write to say that the arrival on the U.S. political scene of emails purportedly belonging to [former] Vice President Biden’s son Hunter, much of it related to his time serving on the Board of the Ukrainian gas company Burisma, has all the classic earmarks of a Russian information operation.”

“If we are right,” they continued, “this is Russia trying to influence how Americans vote in this election, and we believe strongly that Americans need to be aware of this.”

The group notes they do not know if the purported emails published by the New York Post are genuine and they do not have concrete evidence if they are a Russian disinformation campaign, but their “expertise makes us deeply suspicious.”

Thanks for taking the time to dig it up and point out my correctness, I guess?

The Kremlin is accused of having gone to great lengths to smear presidential candidate Joe Biden while supporting incumbent Donald Trump. According to the report, Russian President Vladimir Putin and the “Russian State authorized and conducted influence operations” during the election aimed at “denigrating President Biden and the Democratic Party, supporting former President Trump, undermining public confidence in the electoral process, and exacerbating sociopolitical divisions.” The report states:

“A key element of Moscow’s strategy this election cycle was its use of people linked to Russian intelligence to launder influence narratives including misleading or unsubstantiated allegations against President Biden through U.S. media organizations, U.S. officials, and prominent U.S. individuals, some of whom were close to former President Trump and his administration.”

These operations apparently included amplifying right-wing conspiracy theories about voter fraud and electoral dysfunction, as well as helping to circulate allegations of misconduct involving Biden’s son, Hunter, and Biden himself.

Why wouldn’t I remember 50 US intel experts claiming the laptop was likely a Russian intelligence operation on US soil to influence the election? What I don’t get is why we should just let it go now.

“If we are right,” the group wrote in a letter, “this is Russia trying to influence how Americans vote."

In a memoir of his vices, Hunter Biden sends a love letter to his brother.

Hunter has his eye on politics

Hate to break it to you, but Hunter Biden has political ambitions.

In his crackhead memoir and on his abandoned laptop, the president’s 51-year-old son has expressed the desire to follow in his father’s footsteps and whined that his ex-wife, Kathleen, was unsupportive of the aspiration.

After he delivered the eulogy at brother Beau’s funeral, for instance, he confided to her that he was thinking of going into politics.

“Every third person I hugged or shook hands with encouraged me to move back to Delaware and run for office,” he wrote.

Kathleen spoke for the entire nation when she replied: “Are you serious?” 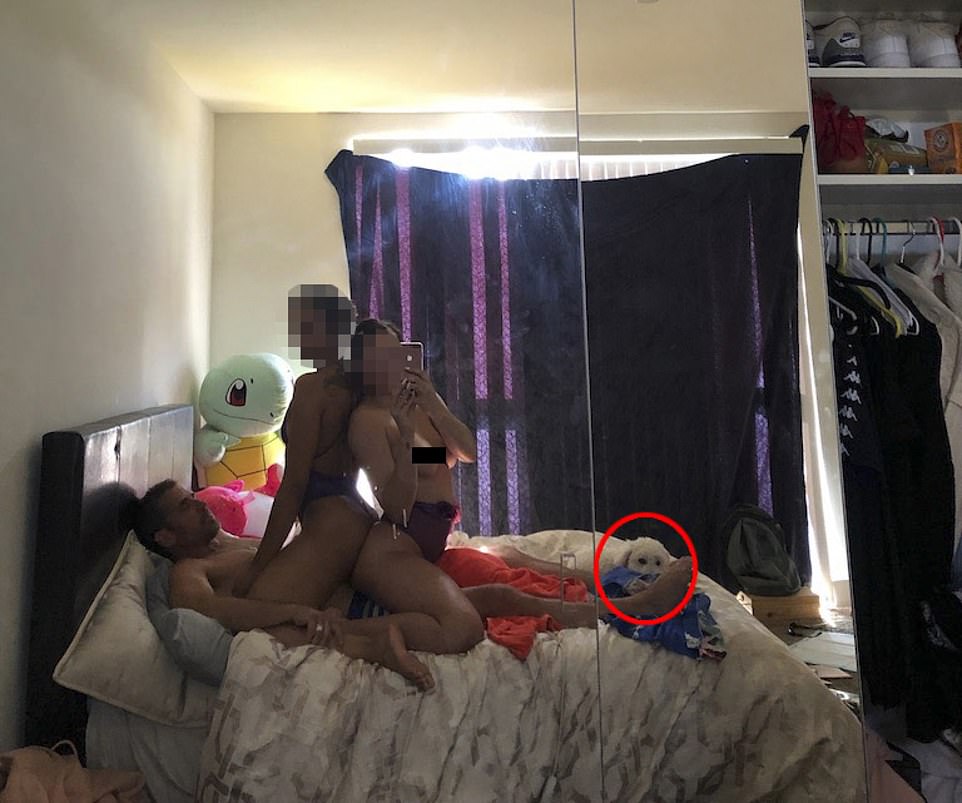 Dark curtains are a red flag. His mom and dad should have known better.

The dog seems fairly disinterested in the whole operation.

The dog seems fairly disinterested in the whole operation.

He looks like he’s been in the hooker and meth scenario many many times already.

He looks like he’s been in the hooker and meth scenario many many times already.

Totally. Looks like the dog’s been there and done that. They could call it “Gaetzy”

They could call it “Gaetzy”

Just blame Russia for everything:

What Hunter Biden left OUT of his tell-all memoir revealed

Hunter Biden released his 'tell-all' memoir Beautiful Things on Tuesday, but left out shocking details. DailyMail.com can reveal those secrets from contents of his abandoned laptop..