Hunter actually saved this meme on his lappy:

Well, for this thread it just means yet another thing the media won’t cover.

Emails from Hunter Biden's laptop show he was instrumental in setting up a consulting deal between a Ukrainian energy company and two Democratic consultants under investigation for violating foreign lobbying laws.

Emails from Hunter Biden’s laptop show he was instrumental in setting up a consulting deal between a Ukrainian energy company and two Democratic consultants under investigation for violating foreign lobbying laws.

I’m patient enough to wait for the House to flip back to the GOP and then have the hearings.

As the hunt for foreign dollars expanded, Hunter Biden eventually graduated to contacts with world leaders. In a 2016 email, he forwards to colleagues at Burisma a letter he had written to Enrico Rossi, the President of the Tuscany region of Italy.

“Dear President Rossi, I hope this email finds you well,” Hunter Biden wrote to the president’s personal email address. “I wanted to follow up on a letter that I had sent to your office to make sure you had received it. Also, on behalf of Burisma, I wanted to invite you to the Monaco Energy Forum we are hosting in June. I’ve attached the invitation as I know it will be a great event focusing on promoting alternative energy sources in Europe. I am looking forward to a fruitful relationship between Burisma and Tuscany. I hope you will be able to join.”

Naaah, none of this deserves Congressional investigation.

Lawyers and accountants prepared "proffer" to federal authorities, scrambled to devise narrative on unpaid taxes in emails that undercut president's longtime claim his son did nothing wrong.

The memos also provide new details on how Hunter Biden landed his gig in 2014 with Burisma, a Ukrainian gas company that the Obama-Biden administration believed was corrupt and that was under investigation by Ukrainian authorities during much of the time he worked for it.

For instance, they show Hunter Biden had been paying a monthly “finder’s fee” to a Ukrainian-born man in New York City who had helped the vice president’s son land the lucrative gig in Ukraine. One email estimated the monthly finder’s fee at $25,000 while another document put it closer to $10,000.

It’s like this is graft, but it’s not because corruption?

“Nothing was unethical,” Joe Biden declared during the last presidential debate of the 2020 campaign, referring to his son’s overseas business dealings.

Oh wait, not corruption. It was a finder’s fee! An ongoing, monthly finder’s fee. Not a kickback. Man, when will I get a better handle on these word things? And they were looking for a way to declare that so Biden would pay less taxes on the taxes he didn’t pay.

Schwerin’s April 2016 analysis also identified another side story to Hunter Biden’s Burisma narrative: Every month for the first eight months of 2015, RSB kicked $27,778 of Biden’s and Archer’s monthly Burisma payments back to a Ukrainian-American who helped them land the job. The memo referred to the payments as a “board finder’s fee.”

That fee was deducted as an expense by Rosemont Seneca Bohai, meaning Hunter Biden would “need to figure out a way to capture that expense so that [he was] only paying taxes on $55,555 a month in income through the end of August 2015 instead of the full $83,333,” Schwerin wrote. He added he assumed “the accountants can take care of that.”

Must. Protect. The Rich. 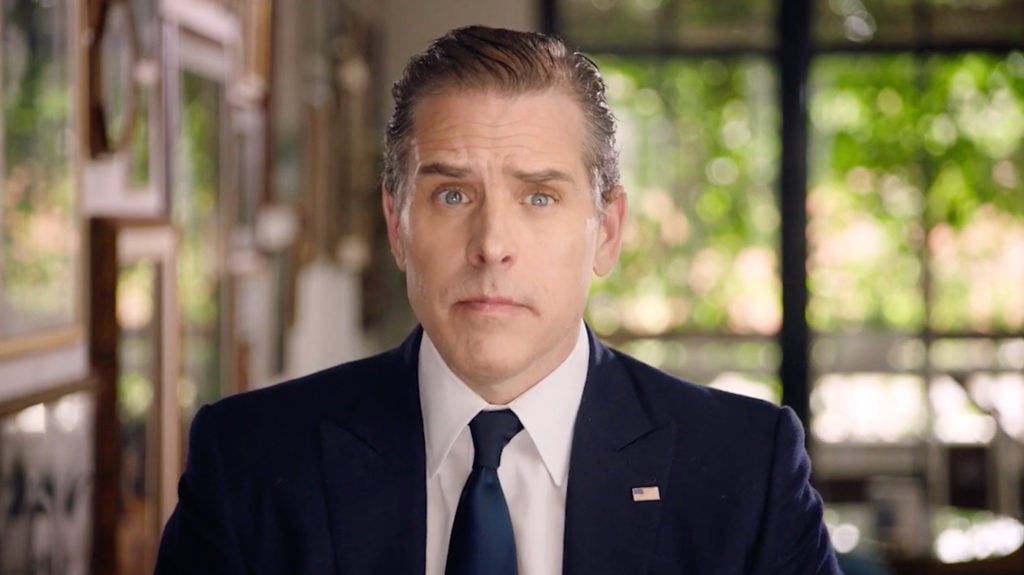 His art dealer plans to mount a solo show in New York this fall.

Can’t you cut the guy some slack!? How would you like to be second fiddle your whole life and then with the unfortunate death of anointed brother, you have to fumble the family torch? The poor guy tried to live his trailer trash life in peace and in the shadows now it’s all “Hunter did this and Hunter did that.” Jeesh.

YOu and I have a different definition of shadows then.

What public figure anywhere in American gets away with this racist shit these days? Stories about hunter selling art to unknown buyers for a LOT of money but nada about him being iiiiincrefidbly racist?

Fret not. The algorithm in my laptop is set. I’m on it!

And he didn’t just say Asians were yellow he said no I won’t stoop to fucking an Asian.