ain’t gonna happen before mid-terms. ZZZzzz
whatever will happen in the U.S., the shit will really hit the fan after the mid-terms for so many things (not just elections)

again. nothing will get done before mid-terms:

Playing Chicken with the Fates - Kunstler

…The Senate is scheduled to be in recess August 6 to September 6 for politicking back home. Maybe after that Senator Grassley will actually produce his whistleblowers in open session….

Senator Chuck Grassley (R-Iowa), ranking member of the Judiciary Committee, says he will hold hearings about this. When? The Senate is scheduled to be in recess August 6 to September 6 for politicking back home. Maybe after that Senator Grassley will actually produce his whistleblowers in open session — unlike the 2019 first impeachment of Donald Trump, in which chief whistleblower CIA agent Eric Ciaramella, amazingly, never made an appearance. That will be refreshing.

It would also be nice to hear from FBI Director Wray. Did he approve of the decision to label Hunter’s laptop “disnformation?” Was he familiar with the contents of the laptop, the emails between Hunter and his business associates and agents of the CCP? Did Mr. Wray happen to examine any of the pornographic videos of orgies with Hunter’s stable of Russian whores plus the crack-smoking? Did Mr. Wray wonder whether equally bad or worse material was in the hands of Uncle Xi’s regime? Did it occur to Mr. Wray that all this might compromise “the Big Guy” in the Oval Office?

It also would be edifying to hear from Mr. Wray’s boss, Attorney General Merrick Garland. During his 20 months on-the-job, has he ever inquired of his FBI what’s up with that Hunter Biden laptop? Was he acquainted with the contents? Half the country has seen the videos of Hunter cavorting naked in hotel rooms and lighting up the crystal meth, but not Mr. Garland? There’s rumored-to-be more depraved material on the laptop involving minors that even conscientious auditors outside of government have seen and deemed too atrocious to release. (Copies of Hunter’s hard-drive are in possession of many people outside government.)

Either minors or skinny young Asian girls would be my guess.

I mean, that’s my thing too - something wrong with it?

I mean, that’s my thing too - something wrong with it?

Just make sure they’re not spies…

Another day, another stab. 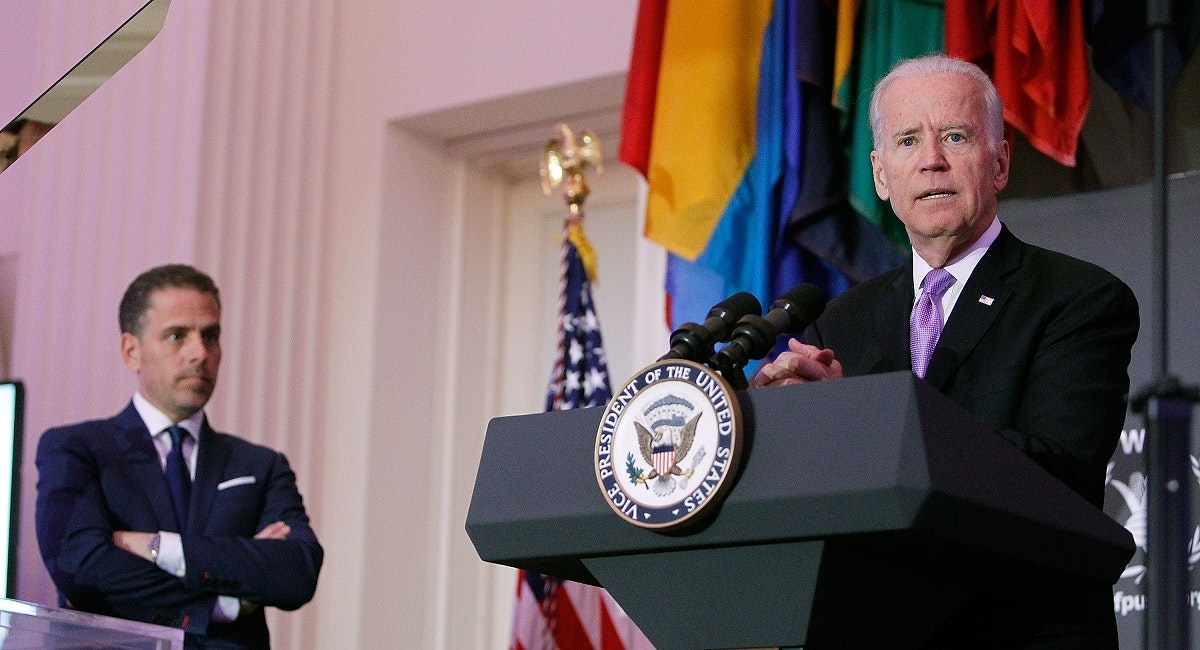 Hunter Biden’s involvement with Chinese energy firm CEFC first came to light in a December 12, 2018, New York Times story. The company’s chairman, Ye Jianming, was imprisoned in China at the time, and Patrick Ho, another top CEFC official, who was Hunter Biden’s “client” who was arrested on corruption charges in New York. Shortly after the Times story was published, Joe Biden left his son a voicemail saying: “I thought the article released online, it’s going to be printed tomorrow in the Times, was good. I think you’re clear.”

Other messages culled from the laptop and reviewed by The Daily Wire provide more clues about what that reassurance might have meant.

Two days after the story ran, Hunter Biden texted his sister-in-law-turned-girlfriend Hallie Biden that he was “dealing with the aftermath of the abduction and likely assassination (that’s what NYT’s suspects) of my business partner the richest man in the world, the arrest and conviction of my client the chief of intelligence of the people’s republic of China by the U.S. government, the retaliation of the Chinese in the ouster and arrest of US suspected CIA operatives inside China, my suspected involvement in brokering a deal with Vladimir Putin directly for the largest sale of oil gas assets inside Russia to China… And Dads running for president.”

A Times reporter, Mathew Goldstein, had reached out to Hunter about his story by May, laptop materials show. The eventual Times story did not say that Ye had been assassinated, only that he “disappeared into the custody of the Chinese authorities.” Hunter Biden’s message suggests that a Times reporter discussed additional information or impressions with him that were not included in the article. It also implies that it was the Times that “suspected” Biden of brokering a deal with Putin. The Times ultimately reported only that Ye had “bought a $9 billion stake in Rosneft, Russia’s state oil giant,” but did not implicate Hunter Biden — a possible reason for his father’s relief.

The “largest sale” of Russian oil referred to by Hunter Biden likely refers to the fact that in September 2016, Vladimir Putin said state-owned oil company Rosneft hoped to sell a 19.5% stake, valued at some $11 billion, to “strategic” private investors by the end of the year.

Yawnn… let’s wait until after mid-terms before the shit really really hits the fan in all kinds of ways. No indictments going out before then.

again. nothing will get done before mid-terms:

Playing Chicken with the Fates - Kunstler

Yawnn… let’s wait until after mid-terms

Can you wait until the midterms before posting that nugget of wisdom again? lol

Don’t be in denial about these things. Look at everything that that relates to Clintons and Bidens. They are the teflon political mafia families.

Don’t be in denial about these things.

Sher. They said that about the Cuomos. 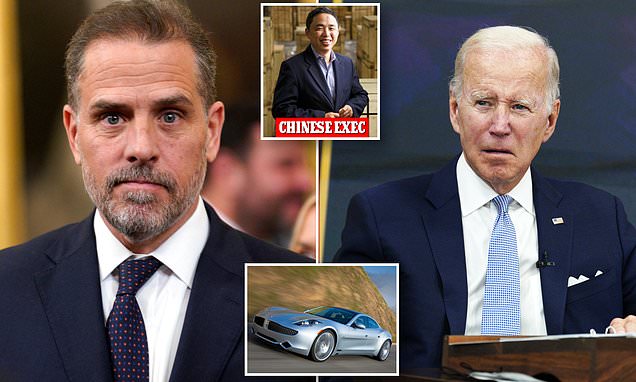 Two executives for Chinese energy company Wanxiang secured a meeting with VP Joe Biden in the West Wing in July 2014, according to White House visitor logs.

Two Chinese businessmen with ties to Hunter Biden’s company met with Joe Biden at the White House and followed up with the VP’s son days later with a fawning email and invitation, records reveal.