Its pretty cool to get your ballot by mail and do it at home. Got it last night so I could spend a few hours reading about who the heck the candidates are for all the various posts from important ones like California Senator, House Rep all the way down to the local Sanitation district and local public school positions.

Previously I voted at the poll station so I have no idea whatsoever who these people are who are running for the various postions. There is really only press on who the Presidential candidates are. I won’t tell you who i voted for, mostly because I have forgotten already. But I can say that i did NOT vote for Trump. Who i feel is the most egotistical , self centered person there is, along with Kim Khardasian.

What is really good as well is to be able to read a bit about all the various YES or NO votes on the various Propositions (changes to the law).

So I can better take a personal stand and hope my small vote counts.

Well, voting for Trump in California would be like not voting at all, a protest vote really, considering the voter demographics. I like the fact that for the Senate, I get a choice between two different left-wing Democrats…yay! I think I may just flip a coin.

I recently did some research on the two (California) candidates for the open senate seat. This video of their debate from earlier this month might interest you. It might convince you to use a two-headed coin.

Hey, thanks for the heads up! Man, what a horror show. One smug and condescending, the other fake and creepy. If I’d just read the transcript, I may have favored Sanchez, but good god is she creepy in person! And then Harris started blathering about how climate change is a threat to national security… Looks like I may still be flipping that coin. I did like the moderator though.

I am not disposed to say who I voted for, but I did not vote Sanchez. Mainly from reading how she is a loose cannon. Unpredictable.

It seems our leaders are from a group that can’t hold down a real job . Clinton surely is not the best this country can come up with . And Trump? Give me a f*cking break !!

We are being governed by substandard people !

Yeah, Tommy, unfortunately that’s true. The last president I had any degree of respect for was probably Eisenhower or Truman. No, I’m not that old.

And that’s what’s really depressing. There hasn’t been a president I could really get behind in my entire lifetime. Maybe next life?

And yes I did vote to legalize maryjane. I don’t smoke it myself , tried it once and it give me a frickin headache. Don’t need it. But you can’t stop Mary Jane. You can smell it all over Berkeley on a Friday/ Saturday night (actually you can smell skunk weed every night over there).

The jury is out on whether there is medical benefit and there seems to be a genuine benefit for those suffering chronic pain.

So i don’t think banning it is needed at this time. DRiving stoned though? I say NO>

I voted yes to NO Death penalty. But only because most of them are never executed anyways and stay in jail for decades until they die.

Having a death penalty the jurors may be less inclined to vote Guilty. And some crims may get off that should not.

Also executing the wrong guy , being a possibility , its better to wrongly jail someone for years then to wrongly kill someone.

On the flip side (remember I am a libra so there is always a flip side) I did vote that if the death penalty is to be kept , execution should not exceed five years from the sentence and that all needed lawyers and what not should be assigned to explore whether they are truly guilty.

The point being, we don’t want them in jail for life if they are sentenced to death.

There are some people that truly deserve to be executed for the crimes they have committed. But a harsher sentence may in fact be life imprisonment. I am not for “without parole” though. As I feel that is wrong. If the crime is serious one should expect quite a long time in the can.
But “without parole” is unGodly. Even God forgives. It is better to put to death the person then to give him no hope.
No one should be without HOPE while alive.

Even violent criminals should have the HOPE that they can one day be able to achieve freedom.

To jail “without the possibility of freedom one day” is not humane.

Not saying everyone should be let out after a certain time. Some may not be able to be let out without a real chance they will kill again. But the “hope” should be there, if they can be released.

Reviews annually after a certain time

So did I last week. So tired of Bush.

We are being governed by substandard people !

In a democracy, the blame lies ultimately with the voters.

The system is rigged, you say? That only raises further questions. How did the voters let it get rigged? Things got this way because the people weren’t paying attention.

I didn’t say it was rigged

He can share the same rat hole with Al Gore. 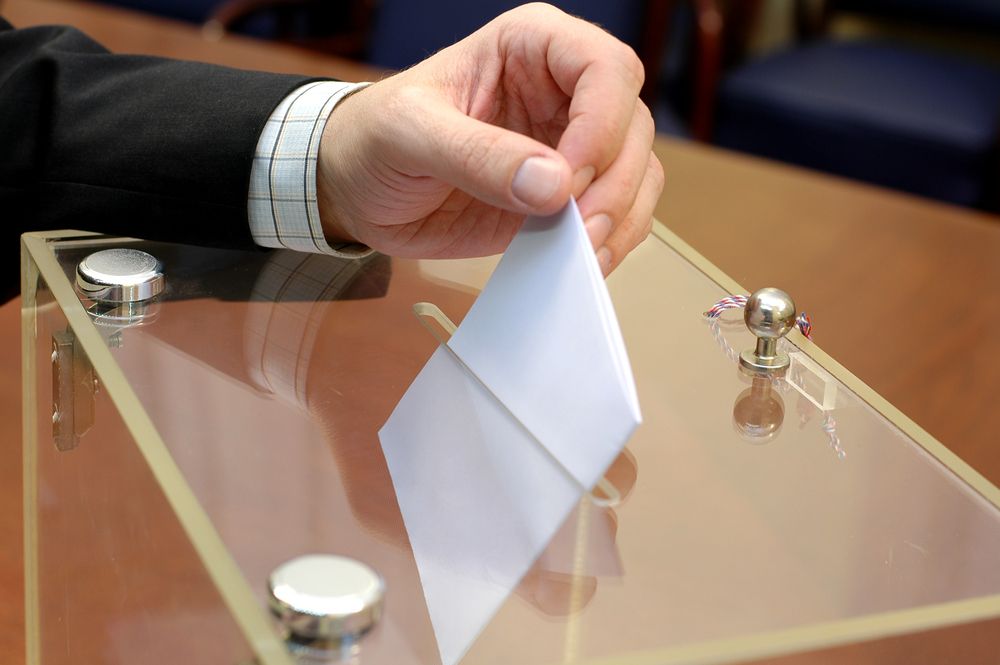 8 Times Liberals Claimed An Election Was Stolen Or Rigged

Everyone is dismissing Donald Trump's claims that the election is rigged. Here are eight times liberals claimed an election had been or would be stolen.

Voted for Hillary Clinton (for many reasons, but chiefly for the sake of the Supreme Court, not to mention that any action besides voting for her is tantamount to a vote for Trump), and for Kamala Harris for Senate (the more liberal of the two, and someone I’ve grown to respect from local politics). Sorry, Loretta Sanchez; though I praise you for finally unseating that gawdawful “B-1” Bob Dornan, you’re still a little too conservative for my tastes.

I also voted to abolish the death penalty, to legalize marijuana, and to increase gun control.

For local elections, of which I know very little, I looked at the recommendations of my local Democratic Club, the League of Women Voters, Equality California and other organizations, and consulted local people I know whose political opinions I respect, then made my decisions after giving them due consideration.

Most of the sources I checked didn’t give an opinion on that one!

Good to know that Tommy is concerned with the truly vital issues of the day.

But they should be role models for today’s youth non ?

Anyway, other referendum questions are less entertaining, except I guess the perceptual marijuana legalization one. The repeal death penalty one and the change the death penalty procedures to speed up the appeals process one likely won’t see the light of day either.

Interesting to see the no free plastic bag one, and also great to see the carryout bag earnings for wildlife conservation one. Wonder how those would turnout.

The logic (um, so I hear