Seems like the RT-Mart Neihu Store I (Near Carrefour, Decathon, Costco) is being changed to an IKEA: 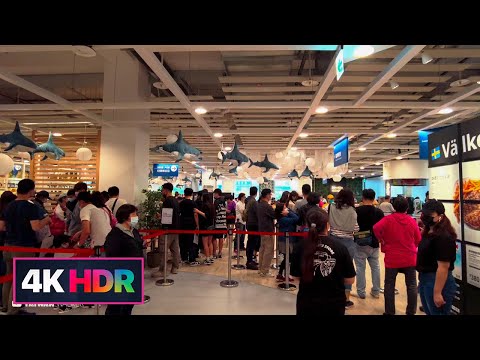 Damn shame. I loved being able to walk across the street to Ikea. Now I would have to go all the way to Neihu.

"One resident, surnamed Lin (林), told the Central News Agency that she had visited the Dunbei store two or three times a week since it opened in 1998, adding that the store was “her psychological support.”

“I live nearby, so I often walked here,” Lin said.

Now that the store has moved away, “I feel not just a big loss, but also panic,” she said."

Well she can go to next door to Breeze Super, lol

Did she notice that Nitori is next door? There’s no food court, but still plenty of places to nap.

Yes it open. Yes it’s crazy - but mostly downstairs in the area with “rt-mart fresh” and other shops. Ikea itself is ok-ish - in and out just now in 15min.

So the downstairs area has an RT-Mart supermarket along with the food court, IKEA is all upstairs?

Whats the rt mart FRESH deal? Is it only veggie and meet ?
Is this is first rtmart fresh?

The IKEA restaurant is on the upper floor, on the ground floor is only the IKEA food shop. And this Rt-mart fresh thingy, no idea what that is… Tons of people, I didn’t check it out.

Is the Ikea restaurant here the same as in the Europe or America? I miss Ikea food, they’ve all closed their restaurants in America

Imo the ikea food restaurants in usa are shit.
Americans dont use ikea foods as popular diner. Its if your starving, I think they have swedish meatballs…Taiwanese are franken nutts over ikea food

They do have cheap espresso near the front door
(In usa)

Before my wife and I spend too much time thinking and inevitably disagreeing about home decor purchases: does anyone know if IKEA Taiwan is suffering the same supply chain issues as much of the rest of the world, with tons of things out of stock? Or is it relatively easy to pick stuff up?

We’ll be looking for living room furniture, maybe shelves - in Chinese New Year we’ll have the time to sort things out, but I’m not sure if things are currently available. It’s not urgent, so we can wait until later in the year.

I rushed through the store recently to pick something up. I mostly noticed how maze-like the place is and how difficult to escape quickly after you find what you were looking for.

I did not notice much being out of stock.